Egypt's General Intelligence Service warned that a jihadi group is planning to launch terrorist attacks against the US and Israeli embassies in Cairo, according to a report Tuesday by Egypt Independent, citing a secret letter obtained by Al-Masry Al-Youm.

According to the report, the attack is being planned by Global Jihad, the group suspected of killing 16 Egyptian border guards in Sinai on August 5.

Al-Masry Al-Youm reportedly obtained a copy of the September 4 letter, sent to all Egyptian security sectors, warning that Sinai- and Gaza-based Global Jihad cells were planning attacks on the two embassies.

No, Obama READS the briefings and since he’s the Smartest Man in The World (TM) ... he doesn’t need anyone to splain nothin’ to him!

could be..why no high alert???

Maybe the brief from Egyptian Intelligence scared them over to Libya? Could be.

So not only did we have warning of the attacks in Libya..we also had warning in CAIRO.

WTH is going ON? This is a nightmare.

And we warned the mindless libs who put this horror story in the White House....but they were just to smart to be fooled, right??

And look at what we have...which will only get WORSE!!! And is getting worse -— almost by the day now.

Obummer can read Arabic coz the koran he read as an Indonesian kid he had to memorize the verses in arabic.

Thank you for posting this, I have been looking for it.

Yet the media pretends everything is great, and the American people don't know any better.

12 posted on 09/13/2012 7:16:57 PM PDT by The_Media_never_lie
[ Post Reply | Private Reply | To 3 | View Replies]
To: TBBT
So ..... we are now getting reports from the international intelligence community thatby themselves, they were actually able to "Connect the Dots" and passed the info on the the US authorities ....... In the mean time ..... we now get a report that the WH is officially denying any premeditation.

The questions still floating around in peoples heads still needs to be answered in a precise and intelligent manner .... What did they Know? .... AND .... When did they know it?

Furthermore .... Why did our guys NOT connect the dots????

14 posted on 09/13/2012 7:17:55 PM PDT by SunkenCiv (https://secure.freerepublic.com/donate/)
[ Post Reply | Private Reply | View Replies]
To: TBBT
So, Obama makes sure after having received this intelligence, that the narrative is disseminated widely in the last couple of days that he had not had any recent intelligence briefings.

When is the last time we heard of Obama's minutes with his intel advisers?

I smell a malodorous RAT! His out-of-the-loop disinformation was all about plausible deniability.

I have to admit I have been calling them (my liberal friends) out all day on Facebook and not a peep. Actually I have been for 2 days they are All hiding behind someone’s skirt, no doubt. I have sent some zingers that I know are fighting words for them and can not get them to comment period.

Hey, maybe that’s why our ambassador made sure she was in the US!

Impeachable, deliberate subversion and criminal misconduct and malfeasance at the highest levels.

The examples and perspective in this article may not represent a worldwide view of the subject. Please improve this article and discuss the issue on the talk page. (February 2011)

Malfeasance in office, or official misconduct, is the commission of an unlawful act, done in an official capacity, which affects the performance of official duties. Malfeasance in office is often grounds for a for cause removal of an elected official by statute or recall election.[citation needed]

The West Virginia Supreme Court of Appeals summarized a number of the definitions of malfeasance in office applied by various appellate courts in the United States.

“ Malfeasance has been defined by appellate courts in other jurisdictions as a wrongful act which the actor has no legal right to do; as any wrongful conduct which affects, interrupts or interferes with the performance of official duty; as an act for which there is no authority or warrant of law; as an act which a person ought not to do; as an act which is wholly wrongful and unlawful; as that which an officer has no authority to do and is positively wrong or unlawful; and as the unjust performance of some act which the party performing it has no right, or has contracted not, to do. ”

The court then went on to use yet another definition, “malfeasance is the doing of an act which an officer had no legal right to do at all and that when an officer, through ignorance, inattention, or malice, does that which they have no legal right to do at all, or acts without any authority whatsoever, or exceeds, ignores, or abuses their powers, they are guilty of malfeasance.”

Nevertheless a few “elements” can be distilled from those cases. First, malfeasance in office requires an affirmative act or omission. Second, the act must have been done in an official capacity—under the color of office. Finally, that that act somehow interferes with the performance of official duties—though some debate remains about “whose official” duties. 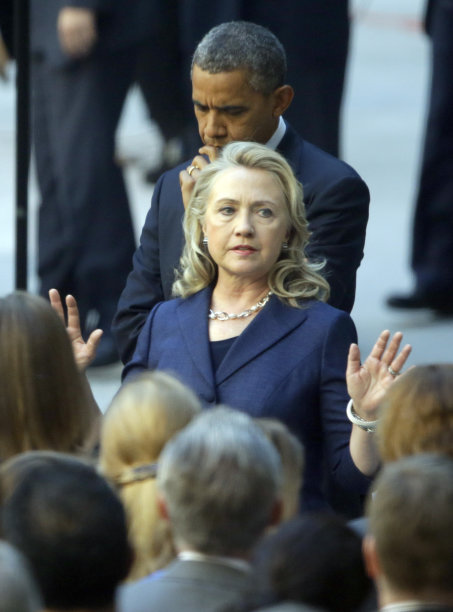 PAPER: U.S. WARNED OF EMBASSY ATTACK BUT DID NOTHING

It was deliberate to make sure they were attacked.

The DNC donor and Obama adviser Eric Schmidt of Google allowed it to be posted on his corps site- YouTube.

The Admin has pressured the Fla Pastor, yet never thought to ask Google not to air it in Egypt.