Heck, I almost used "r0nin" when I first decided to sign up... only to find out someone (you) already had the name "Ronin" and I figured mine would be too close to yours (and "disrespectful" from a new poster). I'd used that handle for years on BBSs.

I've considered changing my handle several times... but there's something about a 1998 sign-on date that is just too compelling to throw away... I'm not sure there are many other things that have stayed in my life for 14 years...

If I ever choose to leave FR, it’s pretty much certainly not going to be to go over to any of the anti-Freeper sites. Because f I ever decide FR has exceeded my limits for bats**t crazy, I’m not going to trade one form of bats**t crazy for another.

Look at it this way, if Obama loses, we’ll get at least to enjoy seeing the liberals cry tears of unfathomable sadness, so at least it’s worth it, if for nothing else.

I’ve discussed Romney, but never bashed a freeper to do it.

You really do have a nice site.

It’s the best place to come to see conservative news items aggregated and the community is incredibly well-informed about things. I often enjoy simply reading the comment threads to get fellow posters’ take on things I’m not as well-informed about.

I’ve had some heated discussions here, but some people just get their noses out of joint and seek drama, I guess.

It’s not worth trying drag everyone into it.

Well at least so far they haven’t gone LGF Bats—t crazy. I mean they went over to the dark side via the express lane.

Your words make it easy-peasy. My love, prayers and gratitude always.

May God keep us all and help us save our Republic. I have faith He will.

Please everybody, keep praying for a miracle in Tampa!

I really don’t get why you are talking about that other site so much these days.

Yes, it sounds like some folks over there have it in for you, but so what?

Free Republic has accomplished what it has by being recognized by its users as a good place to read and post.

So long as that continues to be true, then whatever is said on some other site really doesn’t matter.

73 posted on 07/10/2012 3:26:41 PM PDT by rogue yam
[ Post Reply | Private Reply | To 1 | View Replies]
To: Jim Robinson
I wrote this elsewhere. You might as well see it: "My take on Jim's Romney view for example: If EVERY person rolls over on UberRINO Romney, then the GOP-e has no motivation to change the presentation of increasingly leftwing Republicans. So, yes, Romney will run, and probably defeat Obama, but it is comforting to see ONE tea-party-type not cave. It won't matter if Robinson does or does not endorse Romney -- he's not that powerful -- but isn't it refreshing to se ONE person not cave to the GOP-e?"

It's how I feel. It won't matter who who do or don't endorse. You just aren't that powerful; neither am I. However, I admire your stick-to-it-ivness.

Look, some people who won't like Romney will still vote for him. I get that. I get that he's the lessor of two evils, and by a longshot. However, all indications of his former governing indicate it's not a choice for good, just one of the lessor-of-two-evils. Still, I don't begrudge a man or woman for making that choice.

I've often said that, to all appearances, a vote for Romney is a vote for pancreatic cancer, and a vote for Obama is a vote for a bullet to the temple for America. Some people, given that choice, choose to vote for the cancer, because then they can at least get their affairs in order, and tell the people they love that they do.

I am lucky, I don't have that Hobson's Choice. I live in a state that will go Romney no matter what I vote. Ok, so I get to vote my conscious.

But that is a luxury. Others are not so lucky. They will likely have to vote for pancreatic cancer. I don't fault them for that.

I’m not going to bother going to that site, but if anybody on there is posting as ‘wastedyears’, or saying it’s me under a different name, like another Iron Maiden song, it is most certainly not me. I’ve put years and over 25,000 posts into Free Republic, and the only time I’m going to stop is when either the internet shuts down, or I die.

FReeper to the end of time.

To this day, I can't understand why some who post here refuse to understand your clear and unambiguous mission statement, and insist upon trying to turn FR into an 'open minded' place where views that conflict with your plainly stated aims, are tolerated.

Interestingly TBL are constantly saying how courteous and sane they are, while trashing FR and naming names of people here.
They have said that you JR have trumped Limbaugh and Palin as being pro-homosexual and abortion - huh?
They are comparing Christianity to that storm place.
They are saying JR that you and the rest of us are democrat operatives and trying to bring down the US.
Then they add how conservative and polite they are.
Keep up the good work Jim.
Next month I may just increase my monthlies. 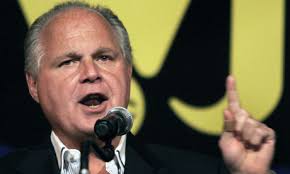 http://www.rushlimbaugh.com/home/daily/site_090711/content/01125111.guest.html
With Freedom Under Assault, We're Told We Must Moderate?
Moderation is not a substantive belief. This is my problem with moderates. There isn't a core there! Moderation is a tactic. It's not a set of principles. It is a tactic that says, "Regardless of the situation, regardless of events, my first impulse is to find a different way around." I know moderation, per se, is illogical because there are clearly times when it is self-destructive or counterproductive. For instance, moderation after we were attacked at Pearl Harbor would have been irrational. Moderation against slavery would have been immoral. How do you debate the issue of moderation if it has no core? You wind up debating tactics, but tactics without principle are pointless -- and this has always been my problem with moderates. ...

Particularly in the face of the most radical and destructive administration in modern American history, where the president has said he wants to fundamentally transform the nation, what does moderation look like? Where am I supposed to moderate? What am I supposed to moderate? Are all these Republican candidates tonight at the debate be asking themselves, "Who's willing to go further in compromising with the Democrats?" To show what? To accomplish what? Isn't the purpose of this debate tonight for one of these people to stand head and shoulders above everybody else in demonstrating he or she is the one who can beat Obama?
Republican moderates are guaranteed losers in eight out of ten elections you're gonna have. Now, I think that people who write pieces about "moderation" need to do a little bit more than just sit back and be critical. We need to know what it is these moderates think is worth fighting for. Is it just winning elections with whoever can win so that the result may not even be productive? These moderates need to tell us what are the principles that they believe that an individual or a nation should stand firm on, because, so far, moderates don't do that. That's why they are moderates! They don't want to be tied down. They want to be able to preach moderation because it gets them praise.

Please see my above. I think you won’t disagree.

I have reluctantly decided to vote for Romney, but I won’t begrudge anyone who decides to vote their conscience....I wanted to, but I just cannot do it, Obama sickens me too much.

Get Obama out, then we’ll cross that bridge and deal with Romney. At least it gives us a sliver of hope.