After three years with unemployment topping 8 percent, the U.S. has seen the longest period of high unemployment since the Great Depression, the Congressional Budget Office noted in a report issued today.

And, despite some recent good news on the economic front, the CBO is still predicting that unemployment will remain above 8 percent until 2014. The report also notes that, including those who haven't sought work in the past four weeks and those who are working part-time but seeking full-time employment, the unemployment rate would be 15 percent.

This morning in CNBC, the CEO of Gallup Polls let the cat out of the transparent bag. Unemployment is actually 9% and is going up. He said there is no reason to hope that it will be below 8% by the election. They base their numbers on interviews with 40,000 people across the U.S., the largest sampling of any polling organization. The Labor Dept. numbers are totally cooked.

He probably will not be invited to reappear on “Squawk Box,” whose main object is to cheerlead for Obama’s re-election.

Republican’s need to really key on the 15% unemployment number. This would kill the opposition. 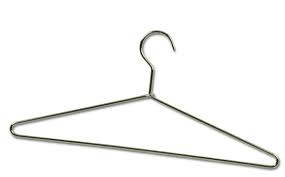 I feel another Summer of Recovery coming ...

More government spending should turn the economy around.

But remember, the economy wouldn’t be this bad if it wasn’t for Bush running up the deficit.

The cry for more government ‘freebies’ is disturbing. Those that know how to compete and ‘create value’ know where that leads. ‘Progressives’ simply want to exploit others talents and property. They believe business exist to employ people. And their argument carries the day. Small business has lost confidence in the American public. No one has made the case for the mass exodus of jobs was BECAUSE of the 2008 election of Barack Hussein Obama.
‘You don’t need to be a weatherman to know which way the wind blows!’

Unfortunately, high unemployment is the New Normal. There are too many factors beyond the control of the political classes. Our business (and many others) simply no longer needs high-cost full-time employees to operate profitably, and will not need them for the forseeable future.

But But But Uncle Ho ... er .. I mean Obama said that with his stimulus plan he was gonna fix this three years ago ...