Washington D.C., Feb 8, 2012 / 09:04 am (CNA/EWTN News).- A letter from 154 bipartisan members of Congress is urging the Obama administration to reverse a contraception mandate that religious employers say would require them to violate their consciences.

The Feb. 6 letter to Kathleen Sebelius, secretary of the U.S. Department of Health and Human Services, condemned the recent mandate as an “unprecedented overreach by the federal government.”

Congressional leaders urged Sebelius to “reconsider the final rule” as it applies to employers and individuals who have moral or religious objections to the coverage required by the mandate.

They also asked her for “specific details on the process followed in the reading and evaluating of the public comments submitted” about the mandate.

The letter comes amid a storm of criticism over Sebelius’ recent announcement that virtually all employers will soon be required to purchase health insurance plans that cover contraceptives – including abortion-inducing drugs – and sterilization.

In their letter, the congressmen noted that Sebelius’ department had received more than 200,000 comments on the rule during its public comment period. Many of these comments objected to the “narrow scope of the religious exemption” included in the mandate.

The religious exemption applies only to those organizations that exist to instill religious values and limit their employment and services to primarily members of their own faith. While most churches are covered by the exemption, huge numbers of religious schools, hospitals and charitable organizations are not.

However, despite the massive wave of criticism, Sebelius refused to broaden the exemption in issuing the final rule on Jan. 20.

In response, Rep. Steve Scalise (R - LA) led a Congressional effort to compose a letter voicing “strong opposition” to the mandate, which he described as “radical” and an “attack on the religious freedoms guaranteed to all Americans by the Bill of Rights.”

In their joint letter, congressional leaders observed that the mandate infringes upon the conscience rights not only of those who object to contraception, but also “of those who, for moral or religious reasons, oppose abortion.”

They explained that the regulation requires coverage of certain “drugs and devices that can function as abortifacients,” such as Plan B and Ella.

They also said that the one-year extension granted to religiously-affiliated organizations that object to the mandate “only delays the inevitable violation of conscience.”

The members of Congress asked Sebelius to consider the concerns that had been raised.

They requested that she “suspend the final rule” until an arrangement has been made to “ensure that both employers and individuals are afforded their constitutionally protected conscience rights.” 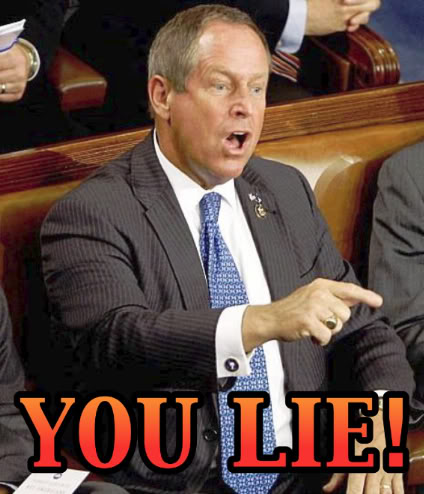 Kathleen Sebelius was born and raised in a Roman Catholic family in Cincinnati, Ohio. - Wikipedia

The world turned upside down.

We have let our republic degrade to the point where our elected officials, the ones who are Constitutionally charged with making the laws we live under, plead and cry to a single bureaucrat to change her whim.

More fodder for the Supreme COurt hearing, now less than 6 weeks away. Let them continue with their arrogance. I think the administration is seeing where this is heading..and that’s why there’s talk of ‘walking it back’.

No exceptions, no exclusions, dump the whole damn thing and start over.

It should be simple if they do not do what you want them to do. You defund them and get rid of them.

Are you not outraged that a single commissar/bureaucrat has more legislative power than the entire Congress?

How many of these congress critters voted for the bill?

This may be his waterloo.

I don't see any evidence they are "walking it back". If this is a reference to a willingness to "compromise", Obama indicated that at Notre Dame in 2009. I would anticipate only that Obama will allow some technical compromise involving insurance payments etc. so the Church can save face. Other than that they are going to have to defeat him, or override a veto if the Repubs win the House and Senate, or count on winning a Supreme Court case; by which time Obama may have another seat on the Court. I'll try and think of other outcomes, but if you have any other, better, potential outcomes please state them and cheer me up.

I regret their having done so, but the Bishops signed on to this (as Santorum has stated)[Didn't Pelosi say, "we have to pass this so we can find out what's in it"?]

The only “walking it back” would be a short-term reprieve or set of exceptions meant to get them past November. And you can bet your bottom dollar they’d disappear within hours of him taking his second oath.

I hope the Church heirarchy and Catholic faithful are not stupid enough to engage Obama in any compromise or walk back. Such a humiliation will surely stick in The One’s craw like a fistful of overly crispy chitlins. He will come back at us twice as hard with extreme vengeance if re-elected.

The following is not directed at you; it is a reminder to us all. Notice that Congress is reacting to a groundswell of opposition. I have made it a recent point to myself that we the people are sovereign, that it is my duty to let my representative know what I think. Only then do we have a chance. I regard myself as a virtuous citizen in the 18th Century meaning of the word. There is no question my rep recognizes my name, he sees it 4-6 days per week. Our Congress-critters must know what the good people of America wish them to do.

I’ve heard some buzz about them walking it back, even though WH Carney-man has said otherwise.

I have to wonder how the Islamists feel about this? Are mosques and Islamic-esque charities forced to live by the same rules? You can bet your bippy that if they don’t like it, they’ll get a waiver or have themselves otherwise exempted....

Sovereign only as long as he does not surrender any jurisdiction to the UN or other NWO alphabet or take any extralegal measures to nullify our civil and God given rights.

Are you not outraged that a single commissar/bureaucrat has more legislative power than the entire Congress?

Isn’t thay what I said Congress should just do away with them.