They filed 26 consumer fraud lawsuits in multiple states against Motorola and other manufacturers of Bluetooth headsets. They alleged that consumers were not warned sufficiently about the dangers, and that they "would not have purchased their Bluetooth headsets but for defendants' false advertising."

And these kinds of nuisance cases often cost a lot of money to defend. Most deep-pocketed defendants would rather spend a million dollars making a case like this one go away than spend millions more in litigation.

For the lawyers, this case was simple: File a lawsuit, then get a settlement agreement -- which they did. Under its terms, a hearing loss charity was to get $100,000. The lawyers were to get $800,000. And those who cranked up the volume full blast until they lost their hearing? They would basically get nothing.

But this week, the U.S. Ninth Circuit Court of Appeals put a damper on the business model of legal extortion by trial lawyers filing frivolous lawsuits. It sent this particular class-action settlement back to the lower court for reconsideration. It was the court's first failure to rubber-stamp such a class-action settlement in eight years.

The message for certain trial lawyers is that their days of self-serving deals and sponging off deep-pocketed defendants are numbered.

TOPICS: Extended News
KEYWORDS: demgravytrain; shysters; slipnfall
From Freddoso's pen to G-d's ear.
1 posted on 09/02/2011 11:29:17 AM PDT by bkopto
[ Post Reply | Private Reply | View Replies]
To: bkopto
About time this criminal extortion crap by these shyster lawyers is shut down. The cost to the taxpayers are in the billions not to mention the huge losses to business.
2 posted on 09/02/2011 11:42:19 AM PDT by Logical me
[ Post Reply | Private Reply | To 1 | View Replies]
To: bkopto

Ladies and gentlemen, won’t you please open your purses and wallets and contribute to the SEND A LAWYER TO PLUMBING SCHOOL FUND? Law school teaches them to be sh-t, but we’ll teach them how to flush that sh-t down the drain. Save another good kid from a life of avarice and bickering.

Next time you are astounded by the cost of Granny’s medications, remember how much of that cost goes to trial lawyers, like the ones that advertise on TV...”Have you suffered injury or death because of (place the name of the STILL PRESCRIBED medication or medical appliance here), then call Goofball& Ripoff, and WE will see if YOU are entitled to financial payment”.

You beat me to it... criminal extortion covers it.

I NEVER subscribe to being a litigant in any of the many class actions I have been invited to join. I have seen law groups operate sweatshops for years and years milking settlement fees until they are gone. Same goes for trustees of bankruptcy.

5 posted on 09/02/2011 12:01:59 PM PDT by Sequoyah101 (Half the people are below average.)
[ Post Reply | Private Reply | To 2 | View Replies]
To: bkopto
I live in a pretty nice community. The richest of the rich around here are the trial lawyers. Two of them have built literal mansions. Not "McMansions" - mansions. They have so much money, they don't know where to spend it.

They are also some of the most unhappiest, and rude, people I have encountered. Not all trial lawyers are jerks, of course. No profession is monolithic - there are nice people who are lawyers, and mean people who are church pastors. But, the bell curve for lawyers is more towards the side of liberal, Democrat, predatory, greedy, confrontational, hostile, argumentative, and conniving.

Last weekend, one of these rich lawyers (who I don't know personally, but I know who he is) was ahead of me in line at Starbucks. The kid working there has Down Syndrome. He is a hard worker, and has been at the Starbucks for over 2 years.

The lawyer's coffee order was messed up (or at least the lawyer thought it was). He screamed at the employee, who just stood there stunned. Then, the lawyer caught his temper, realized he was making a scene, and gave it the "OK...just give me THIS...no problem.....OK!?!!?"

While waiting for his cup of whatever, all ticked off at the world, I got out of line, stood between him and the counter, and glared at our wonderful citizen attorney.

His look shot back anger, and I starred right back.

He then ignored me, but I got my point across. He never said another word, to anyone. He got his cup of coffee and ran out.

The lawyers who give Zillions to Democrats and make everything for all us more expensive, from health care to automobiles to the food we buy - are a blight. They are parasites. 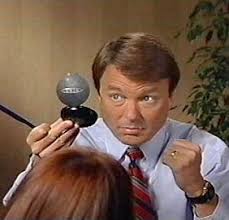 It's high time they be put in their place.

Then I'll file suit against the the law firms that sponsor these ads to pay for my anger management therapy. "...call 1-800-BAD-DRUG now to find out how much you might winn....err.. be eligible to collect!!!"

My favorite is the LawSuits against the mechanical devices that enable people to walk, dance, go shopping and to enjoy life.
Just call the firm of Sooim, Scrooim, and Runne to see if you are entitled to large case awards, of which we’ll give you a small percentage. (maybe)

This kind of suit is not always useless or harmful but the 1 good apple (no pun intended) is tainted by the 99 bad ones.

I turned down a proposal that I enter a class action settlement against a former employer (a contract house based in California) which alleged that “according to records” I had been offered a vacation plan and then never got compensated for “unused vacation” when my contract ended according to my state law. It was a fair piece of change I’d get... “up to $1000 and something.” While I am not well off now and that might be a welcome windfall, I could not do it in good conscience because I do not have any recollection of the premises of the lawsuit ever being true in my case! I wasn’t offered a vacation plan. I know I was offered some things because a health plan was part of it (and I signed up for that) but not a vacation plan. It wasn’t needed for the kind of work I had — if I had to be off, I worked that out with the company that contracted with my contractor and simply didn’t get paid for that time (and the company didn’t get billed, either), or made the time up later that week when possible. I couldn’t pull this kind of cr@p on the contract house in good conscience and I knew it.

I use the law firm of Dewey, Dickum & Howe

11 posted on 09/02/2011 1:59:18 PM PDT by dearolddad
[ Post Reply | Private Reply | To 4 | View Replies]
To: bkopto
But this week, the U.S. Ninth Circuit Court of Appeals put a damper on the business model of legal extortion by trial lawyers filing frivolous lawsuits. It sent this particular class-action settlement back to the lower court for reconsideration. It was the court's first failure to rubber-stamp such a class-action settlement in eight years.

Everyone is missing the most amazing part here: This is the 9th Circuit. Yes..... The 9th freakin' circuit.

It’s hard to imagine someone being so full of themselves that they’d yell at a person with Downs Syndrome. He’s lucky someone didn’t deck him.

Since I retired, I see a bit of daytime tv.

The adverts are probably 70% from ambulance chasers, social security disability outfits, bankruptcy lawyers, and companies that will give you an immediate payout if you have a “structured settlement”.

Kind of tells you what the audience is.

Do you have some sort of documentation to back up that assertion?

I believe a good percent of congress critters are old lawyers....thats why no tort reform...

I was in a gift shop and found this cute little soft fluffy thing to throw at the TV, it just bounces off but makes a disgusting sound....I have used it a few times....GG

Healthcare costs. What percentage to pay for insurance against trial layers?

18 posted on 09/02/2011 3:51:19 PM PDT by Revolting cat! (Let us prey!)
[ Post Reply | Private Reply | To 1 | View Replies]
To: bkopto
The message for certain trial lawyers is that their days of self-serving deals and sponging off deep-pocketed defendants are numbered.

Two things that would help curb the scumbag lawyers:

Of course, neither of these concepts will even get a fair hearing, as the lawyers make our laws, interpret our laws, and judge our laws. No matter what part of the constitution the lawyers uphold, they turn a blind eye to those parts their brethren are actively undermining.