A defiant Rep. Anthony Weiner will not resign and will instead seek treatment even as a the top leaders of the Democratic Party abandoned him en masse Saturday after it was revealed that he had communicated online with a 17-year-old Delaware girl.

But Weiner has ignored those calls and announced Saturday afternoon that he’s seeking “professional treatment.”

“Congressman Weiner departed this morning to seek professional treatment to focus on becoming a better husband and healthier person,” Weiner’s office said in a statement provided to POLITICO. “In light of that, he will request a short leave of absence from the House of Representatives so that he can get evaluated and map out a course of treatment to make himself well. Congressman Weiner takes the views of his colleagues very seriously and has determined that he needs this time to get healthy and make the best decision possible for himself, his family and his constituents.”

Weiner, a New York Democrat, admitted on Monday that he had sent sexually charged text messages and photographs to a series of six women over three years. On Friday, FOX News reported that Wilmington-area police had visited a Delaware teenager to discuss his back-and-forth with her.

Weiner and the girl’s family have told news outlets that there was no indecent communication, but the evidence that he carried on a discussion of any kind with a 17-year-old girl was clearly the final straw for Democratic leaders.

Pelosi and Israel only issued their statements after asking Weiner privately to call it quits, and when he refused, they issued their coordinated barrage on Saturday afternoon.

“They both called him this morning and said ‘you should resign,’ and he didn’t and they issued their statements,” a source familiar with the discussions told POLITICO. “The White House was engaged.”

Patrick Gaspard, the former White House political director, was the point man for the DNC, the source said.

“Congressman Weiner has the love of his family, the confidence of his constituents, and the recognition that he needs help,” Pelosi said Saturday. “I urge Congressman Weiner to seek that help without the pressures of being a Member of Congress.”

A day earlier, Pelosi had declined to call for him to resign after inquiries to her office.

Israel and Wasserman Schultz were less generous in their assessment of their colleague.

“Anthony’s inappropriate behavior has become an insurmountable distraction to the House and our work for the American people. With a heavy heart, I call on Anthony to resign,” Israel said.

Calling the scandal a “sordid affair, Wasserman Schultz, who is a surrogate for President Barack Obama in her role as DNC chairman, said “the behavior he has exhibited is indefensible and Representative Weiner’s continued service in Congress is untenable.”

Rep. Chris Van Hollen (D-Md.), the Budget Committee Chairman and former DCCC chairman, also joined the calls to resign on Saturday. “Anthony Weiner’s repeated violation of the public trust is unacceptable,” Van Hollen said. “He can best advance the issues he fought for by resigning immediately.”

Weiner’s spokeswoman did not immediately reply to a request for comment, but it’s now clear that Weiner has virtually no support in the upper echelons of the Democratic Party.

The Weiner scandal is now going into its third weekend after a picture of a man’s crotch was posted on his Twitter account. After spending a week denying that it was him, Weiner held an extraordinary press conference Monday in New York and revealed that he had not only sent that picture, but had conducted sexually charged online relationships with a half dozen women.

And while nobody can force Weiner to resign — short of a formal expulsion from the House, which is extremely rare — if he does return to the House on Monday after a week-long recess, he’ll basically be persona non grata in the Democratic Caucus.

Weiner has informed congressional leaders he plans to seek treatment, according to Democratic insiders, and that was a factor in their decision to urge him to resign, first privately and later publicly.

A “coordinated effort was kicked off once Weiner decided to seek treatment,” a senior Democratic aide told POLITICO. “Leaders have been talking to him all week. His decision to seek treatment, on top of pressure of Sunday shows and members coming back on Monday, all equaled the ultimate decision for the leaders to go today.”

It was also revealed this week that Weiner’s wife Huma Abedin is pregnant — and she’s currently traveling abroad as an aide to Secretary of State Hillary Clinton.

If Weiner does succumb to pressure and resign, it’s clear that the contact with the 17-year-old girl was the end game.

The girl, whose name was withheld by Fox but who told the reporter she’s “doing OK,” left with her mother and the police, the network said, although it was unclear if there was a further conversation somewhere else.

A Weiner spokeswoman emailed a statement in response to the reports that confirmed his contact with the girl, but denied anything was amiss.

“According to Congressman Weiner, his communications with this person were neither explicit nor indecent,” said the statement.

On Saturday morning, the New York Post and the New York Daily News reported that the New Castle cops had not found anything wrong in Weiner’s exchanges with the teen-ager.

I imagine Chrissy and Special Ed will be telling us how “brave and courageous” it is for The Weiner to admit that he has a “sexting” problem and check himself into “rehab” for a couple of hours.

This will thrill the people of NY who will always believe in Weiner. They might yet elect him mayor, but probably not.

Should it fail to break him of his habit, the alternative "treatment", coincidentally, also involves water, and a board, .... and honey.

All they need is help so don't judge them.

This is just too good. It would really get interesting if Weiner decides to threaten to expose the details of his sham marriage to Hillary’s lesbo lover if Pelosi and Wasserman-Schultz don’t back off.

I reccomend that they get him neutered.That should settle him down.

After graduating with a Bachelor of Arts degree in political science in 1985,

- in other words, he has no practical education or training

He sought to become a television weatherman, but his interests turned towards politics,

Thus, he’s another member of the perpetual leech chapter of the ruling class who hasn’t been in government long enough to accumulate the usual nest egg from graft and corruption and can’t get a job doing anything useful.

10 posted on 06/11/2011 12:52:00 PM PDT by bigbob
[ Post Reply | Private Reply | To 1 | View Replies]
To: FlingWingFlyer
So now it is being said that Weiner is admitting himself to a treatment center. Won't help. There is no cure for malignant narcissism. Treatment has never proved to help when the narcissist is one who engages in perverted sex acts of any sort. They are addicted to it as a drug addict is addicted to his "high" and drug of choice. Sex sick is what it used to be called. The guy might seem repentant...but not because of what he did. He is only sorry about the consequences he felt.

When the pundits and Liberals face the truth... which is that Anthony Weiner is a perverted, selfish and self-gratifying man who has no regard for the woman as a person, then they will shut up about protecting him. Covering for, or supporting Weiner only means they approve of treating women as lesser beings who are only good for sexual activities. Does any Dem or Lib really want to admit that?

A GUTSY CALL if I ever heard one

Revealing - it's all about the Party.

Hang in there, Tony. You know most of your colleagues are just as bad. Why not take a few down with you?

That lying sack of shit is getting a pass?

Sorry for the profanity but I cannot believe this. 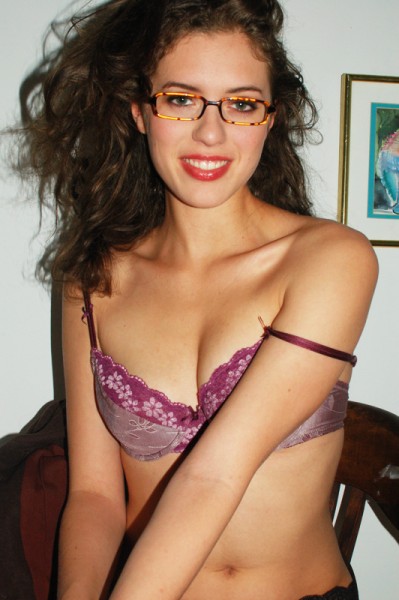 Yeah, I wondered where he’s been.