Removal Clarification Act of 2010 - Revises the federal judicial code to provide that a civil action or criminal prosecution that is commenced in a state court and that is against or directed to the United States or a federal agency or officer, or specified others, may be removed to an appropriate U.S. district court.

Declares that civil actions and criminal prosecutions include any proceeding (whether or not ancillary to another proceeding) to the extent that in such proceeding a judicial order, including a subpoena for testimony or documents, is sought or issued. Limits removal of such a proceeding, if there is no other basis for removal, to only that specific proceeding, with the remainder of the civil action or criminal proceeding to remain in state court.

Provides that the budgetary effects of this Act, for the purpose of complying with the Statutory Pay-As-You-Go Act of 2010, shall be determined by reference to the latest statement titled "Budgetary Effects of PAYGO Legislation" for this Act, provided that such statement has been submitted prior to the vote on passage.

Development, Relief, and Education for Alien Minors Act of 2010 or DREAM Act of 2010 - (Sec. 6) Authorizes the Secretary of Homeland Security (DHS) to cancel the removal of, and adjust to conditional nonimmigrant status, an alien who: (1) entered the United States before his or her 16th birthday and has been present in the United States for at least five years immediately preceding enactment of this Act; (2) has been a person of good moral character since entering the United States; (3) is not inadmissible for reasons of health, criminality, security, public charge, smuggling, student visa abuse, citizenship ineligibility, polygamy, international child abduction, or unlawful voting; (4) is not deportable for reasons of smuggling, marriage fraud, criminality, security, public charge, or unlawful voting; (5) has not participated in the persecution of any person on account of race, religion, nationality, membership in a particular social group, or political opinion; (6) has not been convicted of certain offenses under federal or state law; (7) has been admitted to an institution of higher education (IHE) or has earned a high school diploma or general education development certificate in the United States; (8) has never been under a final order of exclusion, deportation, or removal unless the alien has remained in the United States under color of law after such order's issuance, or received the order before attaining the age of 16; and (9) was under age 30 on the date of enactment of this Act.

Authorizes the Secretary to waive specified grounds of inadmissibility or deportability for humanitarian, family unity, or public interest purposes.

Provides for a $525 application surcharge (in addition to other applicable application fees).

Requires an alien to apply for cancellation of removal and conditional nonimmigrant status within one year after the later of: (1) earning a high school diploma or general education development certificate in the United States; or (2) the effective date of related interim regulations required under this Act.

Requires, prior to cancellation of removal or granting of conditional nonimmigrant status: (1) an alien to submit biometric and biographic data (with an alternative procedure for reasons of physical impairment); and (2) completion of security and law enforcement background checks.

Requires an alien applying for relief to: (1) register under the Military Selective Service Act if so required; and (2) undergo a medical examination. Treats, with an exception for exceptional circumstances, a departure from the United States for more than 90 days or for any periods in the aggregate exceeding 180 days as a failure to maintain continuous U.S. presence.

Directs the Secretary to issue initial, interim, and final regulations.

Prohibits the Secretary from removing an alien with a pending application who establishes prima facie eligibility for cancellation of removal and conditional nonimmigrant status.

(Sec. 7) Establishes an initial five-year period of conditional nonimmigrant status which shall provide for employment and specified travel authorization.

Terminates such status if the alien: (1) becomes a public charge; (2) receives a dishonorable or other than honorable military discharge; or (3) ceases to be a person of good moral character, becomes inadmissible or deportable under the terms of this Act, has participated in racial, religious, social, or political persecution, or has been convicted of certain federal or state offenses. (Returns an alien to his or her previous immigration status upon such termination.)

Extends such conditional status for an additional five-year period if the alien: (1) has demonstrated good moral character during the entire period of conditional status; (2) is not inadmissible or deportable under the terms of this Act, has not participated in racial, religious, social, or political persecution, and has not been convicted of certain federal or state offenses; (3) has not abandoned U.S. residency; (4) has earned an IHE degree (or has completed at least two years in a bachelor's or higher degree program) in the United States, or has served in the Armed Forces for at least two years (or if discharged, was honorably discharged); and (5) has provided a list of each elementary school attended in the United States.

Authorizes, and sets forth the criteria for, a hardship exception to such extension requirements.

Provides for a $2,000 extension application surcharge (in addition to other applicable application fees).

(Sec. 8) Authorizes a conditional nonimmigrant to file an application to adjust his or her status to that of an alien lawfully admitted for permanent residence. Requires such application to be filed during the period beginning 1 year before and ending on either the date that is 10 years after the date of the granting of initial conditional nonimmigrant status or any other expiration date as extended by the Secretary.

Requires such application to show that the alien: (1) has demonstrated good moral character during the entire period of conditional nonimmigrant status; (2) is not inadmissible or deportable under the terms of this Act, has not participated in racial, religious, social, or political persecution, and has not been convicted of certain federal or state offenses; (3) has not abandoned U.S. residency; and (4) if granted a hardship exception with respect to extension of conditional status, has subsequently complied with the appropriate requirements.

Requires an alien, prior to adjusting from conditional to permanent resident status, to: (1) satisfy citizenship (with an exception for physical or mental impairment) and federal tax requirements; (2) submit biometric and biographic data (with an exception for physical impairment); and (3) have had security and law enforcement background checks completed.

Authorizes an alien who adjusts to permanent resident status (and meets other specified requirements) to apply after three years in such status for naturalization.

(Sec. 10) Sets forth areas of jurisdiction under this Act for the Secretary and the Attorney General.

Directs the Attorney General to: (1) stay the removal of certain aliens who are at least 12 years old and who are full-time elementary or secondary students; and (2) lift such stay if an alien is no longer enrolled in a primary or secondary school or ceases to meet the appropriate requirements.

(Sec. 13) Makes an alien who is granted conditional nonimmigrant status or lawful permanent resident status under this Act eligible only for the following assistance under title IV of the Higher Education Assistance Act of 1965: (1) student loans; (2) federal work-study programs; and (3) student services.

(Sec. 14) Considers an individual granted conditional nonimmigrant status under this Act lawfully present for all purposes, except: (1) premium tax credits under the Internal Revenue Code; and (2) health plan reduced cost sharing under the Patient Protection and Affordable Care Act.

Considers an individual who has met the requirements under this Act for adjustment from conditional nonimmigrant status to lawful permanent resident status to have completed the five-year period required for certain public assistance eligibility pursuant to the Personal Responsibility and Work Opportunity Reconciliation Act of 1996.

(Sec. 15) Includes conditional nonimmigrants among those persons who may be enlisted in the Armed Forces.

(Sec. 16) Directs the Government Accountability Office (GAO) to report to Congress respecting the number of aliens adjusted under this Act.

What’s the status of this bill?

The anger that I feel toward Reid and Pelosi for what their ilk is doing to this country is beyond words. May soneday they rot in HELL!

I would substitute some day as today, the sooner the better

this may rise to the level of treason...

The bastards. They wonder why we hate our government, then do underhanded things like this, over and over.

“the government” is a tad too broad, I hate every member of the elected democrat party for sure and some RINOs but not the entire government. My postperson for instance is a nice person.

It is obvious they are not afraid for their lives. They don’t give a sh!+ about emails, phone calls, or angry protest. It’s a war and we are shooting bean bags and rubber bullets. They laugh in our faces and destroy the country. WHY NOT???

I am not sure, but it sounds like Reid has slipped it into the CR.

Corruption and treason thy name is DemocRAT.

our government: the ones who “govern” (or is it now “rule”?). Nobody but you probably thinks I meant your letter-deliverer.

Those sons of bitches are bound to do as much damage as they can as they are being thrown out on their asses.

Anyone else point this out to their senator?

I’ve been thinking that this might not be dead. The initial act did not get cloture, it was not voted down. 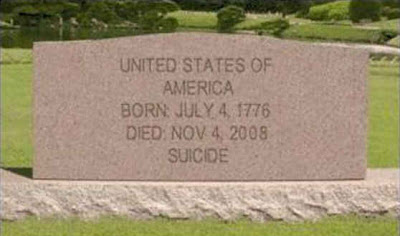