Kinsey Victim Speaks Out: My Father Was Paid to Rape Me
LifeSiteNews ^ | 10/21/10 | Kathleen Gilbert

WASHINGTON, D.C., October 21, 2010 (LifeSiteNews.com) - Decades after her ordeal, a woman who says her father was paid by Alfred Kinsey, the "father of the sexual revolution," to rape her at the tender age of seven as part of his experiments on human sexual behavior, is speaking out.

Going by the pseudonym Esther White, the woman spoke to Wold Net Daily in hopes that her testimony will help convince legislators to defund the Kinsey Institute in Indiana, which has perpetuated Kinsey's "experiments" as the foundational school of thought behind the sexual revolution.

White says that she became the victim of Kinsey's research, which was to become a cornerstone to modern sexology, after her father and grandfather were paid by Kinsey to molest her and collect data on her reactions. WND notes that two of Kinsey's works on human sexual behavior contain tables describing sexual responses in children as young as two months old, including information on procuring multiple "orgasms."

"[My father] was giving me orgasms and timing it with a stopwatch. I didn't like it, I went into convulsions, but he didn't care. He said all little girls do this with their daddies, they just don't talk about it," White told WND. White noted that she was ordered "not to tell my mother because I would cause a divorce, and that was my greatest fear. That was awful in those days, nobody had divorces."

"In 1943, when I was nine, I found a sheet of paper that had boxes on it and my father was checking off things he was doing to me. He grabbed it away from me and put it in a brown envelope," she said. "It was a form with little boxes down the left side of the page, and a list of statements describing sexual acts. He was supposed to check things off, whether he did that or not.

"One of the statements included the words 'timed orgasm.' I didn't know what 'orgasm' meant, so I asked him and he told me. That's why he was using a stopwatch." White said her father also videotaped the abuse and sent the tapes to Kinsey.

She says her mother left her father after once catching him in the act, without turning him in to police. However, he later returned, and continued attempting to molest White, even trying to sleep with her after she was married.

In another WND interview, Dr. Judith Reisman, a top critic of Kinsey's work, detailed the massive media blackout that has for decades sabotaged investigation into the sordid and illegal history of the Kinsey Institute. Reisman described her surprise when she discovered that no one has bothered to investigate Kinsey's patently pedophilic "research."

"I was thinking, 'Was everybody crazy?'" recalled Reisman.

Kinsey's professional legacy, she said, was "that sex is nothing, and so it's OK with animals, same-sex, adults and children of any age. Just try to get 'consent.'

"One of Kinsey's sex partners, Wardell Pomeroy, said that even with infants you can tell by the way they look at you, smile at you, that it's OK. How can a child give consent to this activity? Kinsey said children 'consent' when they fight to escape from their rapist!" said Reisman. "A child is not mature by definition, it can't understand the consequences of sexual activity. No child can give consent."

"The Obama administration apologized for U.S. scientists' sex experiments on Guatemalans carried out from 1946 to 1948. On the same day as that apology (Oct.4) the Kinsey Institute released yet another of its pedophile biased sex studies of children and orgasms. How do they get away with it?" she asked.

Reisman says she now hopes that a congressional investigation into the crimes of Kinsey and his Institute, after many false starts, can go forward.

WND reports that there is some hope for action on the state level: Indiana state representatives Cindy Noe and Woody Burton are again calling for the defunding of the Kinsey Institute, which receives state taxpayer funds through Indiana University - a call that they say hinges upon Republicans being elected into majorities in the state legislature.

The legislator said that once, when trying to get a legislative order to see the Insitute's files, he was told that "they have a system set up to destroy their files immediately if anybody tries to get in to see it with a court order." But conservative leaders hope that new information on the Institute's horrific foundations will break the silence once and for all.

"The Kinsey Institute has shaped the policies of SIECUS and Planned Parenthood, and their version of sex education has now infiltrated our schools," Micah Clark, executive director of the American Family Association of Indiana, told WND. "The other side wears that as a badge of honor. We view that as a badge of shame."

Kinsey was a frealing freak and he found freaks to work with him. If you read his studies they are beyond disgusting, I do not know why he wasn’t shot, revived and shot again.

4 posted on 10/21/2010 4:18:45 PM PDT by ZOOKER ( Exploring the fine line between cynicism and outright depression)
[ Post Reply | Private Reply | To 1 | View Replies]
To: ZOOKER
I assume they are talking about an old movie camera.
5 posted on 10/21/2010 4:20:39 PM PDT by wagglebee ("A political party cannot be all things to all people." -- Ronald Reagan, 3/1/75)
[ Post Reply | Private Reply | To 4 | View Replies]
To: wagglebee
"In 1943, when I was nine, I found a sheet of paper that had boxes on it and my father was checking off things he was doing to me. He grabbed it away from me and put it in a brown envelope," she said. "It was a form with little boxes down the left side of the page, and a list of statements describing sexual acts. He was supposed to check things off, whether he did that or not.

"One of the statements included the words 'timed orgasm.' I didn't know what 'orgasm' meant, so I asked him and he told me. That's why he was using a stopwatch." White said her father also videotaped the abuse and sent the tapes to Kinsey.

BS ALERT....
Video tape did not come to be used, even in professional network studios, until the mid-50s.

Is it at all possible that someone used the term “videotaped” to describe a home movie camera film?

This can’t be true. I saw the movie Kinsey. /sarc

The left’s heroes are utter dirt-bags of mankind.

Kodak had plenty of 8MM handhelds since mid 30s.

First pic AND sound movie cams were in 1956 I think

Kinsey was a freak. The woman meant film but used modern tech speak.

Kinsey was a complete weirdo, but he said what the people ultimately wanted to hear.

Any other time were a story posted of someone claiming they waited SEVENTY YEARS to report a rape, there would be pages of sneering skepticism in reply. “Moral absolutes” indeed.

this did not pop up from thin air

* 1995 SIECUS recommends distribution and use of obscenity/porn by school children
http://www.theroadtoemmaus.org/RdLb/22SxSo/PnSx/Knsy/Kinsey&Caitlin.HTM

18 posted on 10/22/2010 11:44:01 AM PDT by massmike (...So this is what happens when OJ's jury elects the president....)
[ Post Reply | Private Reply | To 1 | View Replies]
To: wagglebee
Have you heard of the book “Sexual Behavior in the Human Male” by Alfred Kinsey? If you have, you may be surprised to know that the so-called “research” for the book came from a sample of prostitutes, pedophiles, sex offenders, and homosexuals, and included the torture of children. It wasn’t until Dr. Judith Reisman challenged Kinsey’s research, that Kinsey’s crimes were revealed. However, it was too late to stop Kinsey’s work from influencing our population. Kinsey’s “research” is exposed in this short video from You Can Run International. YCRI YouTube Channel
19 posted on 12/19/2012 4:14:43 PM PST by 1stAmendKev (Rebelling against a godless worldview)
[ Post Reply | Private Reply | To 1 | View Replies]
To: wagglebee
Some people have "deve" written all over them. 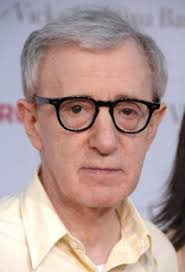