Somewhere along the line, the notion was adopted, mostly among liberal media but more recently among fellow conservatives, that Mitt Romney represents solely the moderate, ‘establishment’ core of the Republican party: the Bush loyalists; the staunch GOPers. I won’t deny that Gov. Romney’s appeal is wide, and it certainly may spread to the more moderate branch of our party, but I refudiate the absurd conception that his base of support exists only in that branch. I see obnoxious headlines all the time now that predict Romney’s demise, tracing it all back to how he’s the GOP’s supposed ‘next in line’, but the Tea Party backlash will impede him from gaining wide Republican support. Just today, an article from NPR calls Mitt Romney ‘the Hillary Clinton of 2012‘ – destined to fail due an uprising in the party’s fringe…

Baloney. Mitt will never be the ‘man’ that Hillary Clinton is.

As conservatives, we’ve gotten so caught up in the day-to-day mud slinging that we’ve lost sight of our principal goal: to take our country back! My concern is that the primary benefactor of all this may be the very thing we all wish to deter: the advancement of Obama’s liberal agenda.

Somewhere amidst the dust up of GOP in-fighting, the Democrats are grinning. They watch- entertained - as we are preoccupied with assigning destructive labels to our own party leaders, and dividing ourselves into far too many factions of Republicanism. “My candidate endorsed the eventual primary winner WAY before yours did!” — “Why is your guy/gal silent on this hot-button issue?” — “Why wasn’t your candidate a speaker at THIS convention?!” — “RINO this, RINO, that!”

Now, it isn’t my intention to have everyone unite around my choice for the Republican nomination (assuming that he decides to run). I do, however, offer up a suggestion that we come together under the umbrella of conservatism, and reject none that seek shelter from the tempest of progressivism.

Flip through a copy of Romney’s ‘No Apology: the Case for American Greatness’. You’ll quickly see that the man has a deep love for our country and his plan for a greater America mirrors the ideals that most Americans hold dear.

Boy, are you in the wrong place....magritte

Mitt is no Conservative, so your umbrella is marked with the wrong label...

Assuming he was even to get the nomination - I am NOT going to hold my nose and compromise on voting for him - its my way or I write in who I want.

These Romney threads are about as predictable as the drug war threads. Places everybody...

FR to Mitt Romney: NOT IN OUR HOUSE!

His being an honorable grandpa—which I’ve little doubt he is—has nothing to do with his extreme RINOism, which is confirmed by his complete record in MA, not only his championing and passing of proto-Obamacare.

“Somewhere amidst the dust up of GOP in-fighting, the Democrats are grinning.”

WRONG! They are quaking in their boots and a lot of them have suddenly discovered “Blue Dogism”.

Its the job of the Tea Party GOP to demonstrate that Obama can always pressure a Blue Dog to turn it Commie Red when push comes to shove.

I supported Romney in 2008, because he was the best out of the three choices (Thompson dropped out long before my state’s primary).

But in 2012 I will not support him because I see much better alternatives.

The RINO term is not very useful because it means different things to different people. So I never use it. 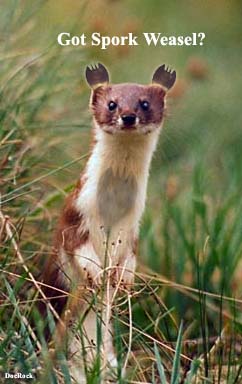 Everything you need to know about Mitt “Me Too” Romney you can learn from this clip.

By raising his hand and immediately retracting it he proved once and for all that he is not a leader.

He has his wet fingers to the shifting winds at all times.