The New World Order program for the 21st century is called the "Agenda 21". It is described as the most radical transformation the world has seen. It is sustainable (Communist), inclusive, consensus-based (anti-democratic), will redistribute wealth globally (CO2 taxes, since it connects environment and economy), partnership, banishes large areas from human activity, lumps us together in small areas along motorways and railways in skyscrapers in order to monitor people, kidnaps a generation of children to indoctrinate them into the sustainability religion (environmental Communism). Every country is to be disarmed and there will be a standing UN army to crush rebellions, a global central bank and a one world currency. Democracy and freedom already belong to the past. The illuminist, CFR member George Soros, now demands UN world government after Communist Chinese model.

Agenda 21 is a comprehensive plan of action to be taken globally, nationally and locally by organizations of the United Nations System, Governments, and Major Groups in every area in which human impacts on the environment take place.

The agenda 21 is clearly aiming at enslaving mankind, concentrating them on small areas and and taking away the reward of the diligent and wise to give it to the bankers - and a little bit to the unwise and lazy. They will rule by "consensus" and disarm all coutries and leave it to a world army to rule the world along communist principles.

1.5. In the implementation of the relevant programme areas identified in Agenda 21, special attention should be given to the particular circumstances facing the economies in transition. It must also be recognized that these countries are facing unprecedented challenges in transforming their economies, in some cases in the midst of considerable social and political tension.

I was hoping it would take a few more years than this.

The lefts ultimate goal regarding humanity has ALWAYS been depopulation. 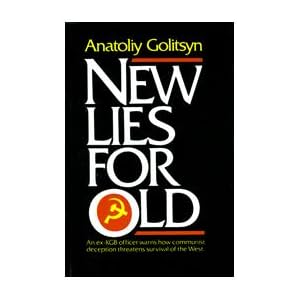 In a bizarre 1984 book [New Lies for Old], ex-KGB Major Anatoliy Golitsyn predicted the liberalization of the Soviet Bloc and claimed that it would be a strategic deception. ..." 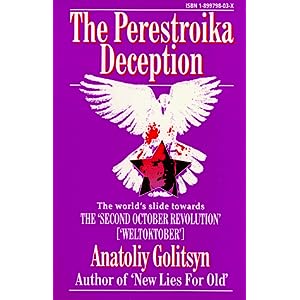 From the New York Times:

Or at least, the one that reigns next door.

Like an envious underachiever, Vladimir V. Putin’s party, United Russia, is increasingly examining how it can emulate the Chinese Communist Party, especially its skill in shepherding China through the financial crisis relatively unbowed.

United Russia’s leaders even convened a special meeting this month with senior Chinese Communist Party officials to hear firsthand how they wield power. ..."

“The accomplishments of China’s Communist Party in developing its government deserve the highest marks,” Aleksandr D. Zhukov, a deputy prime minister and senior Putin aide, declared at the meeting with Chinese officials on Oct. 9

“Transition To Green” is a blueprint for the complete takeover of environmental policies by radical greens. The document recommends that Obama enforce green policies largely through the use of Executive Orders, which avoid Congressional oversight.

Guided by the Communist Party USA, the U.S.  “peace movement”  is entering a new phase.

The struggles against the wars in Iraq and Afghanistan will be de-emphasized, while focus will shift to a broad based campaign to cut U.S. military spending.

The Communists plan to exploit public concern over economic problems, to pressure the Obama administration to hugely cut back on defense spending, weapons systems and overseas commitments.

"[Communist Party USA vice chair, Judith] LeBlanc signals that the “peace movement’s” new direction will begin with a major campaign. Significantly May 1 [2010!], will be the kickoff date and New York’s far left Riverside Church will be the founding venue."

"There will be people from every continent here to participate in the non-governmental organization gatherings that will be going on, with an international conference happening at Riverside Church from April 30 to May 1 [communist "May Day"], and then marching on May 2."
--Judith LeBlanc, vice-chair Communist Party USA, 'national field organizer for Peace Action, the country’s largest grassroots peace organization with 100,000 members across the country', also co-founder of "United for Peace and Justice"

IPS’s [Institute For Policy Studies] Washington, DC headquarters quickly became a resource center for national reporters and a place for KGB agents from the nearby Soviet embassy to convene and strategize. Cora Weiss headed one of the IPS's most successful forays -- into Riverside Church in Manhattan. She was invited there in 1978 by the Reverend William Sloane Coffin to run the church's Disarmament Program, which sought to consolidate Soviet nuclear superiority in Europe -- in the name of "peace." In 1982 Weiss helped organize the largest pro-disarmament demonstration ever held. Staged in New York City, the rally was attended by a coalition of communist organizations. During her decade-long tenure at Riverside, which became home to the National Council of Churches, Weiss regularly received Russian KGB agents, Sandinista friends, and Cuban intelligence agents. Weiss became infamous for her role in the psychological warfare conducted against U.S. prisoners of war held in the infamous "Hanoi Hilton" during the Vietnam War.

The Liberation News Service, which is a news source for hundreds of "alternative" publications nationwide (with antiwar, Marxist-oriented perspectives), was founded in 1967 with IPS assistance."

7 posted on 05/06/2010 6:05:08 AM PDT by ETL (ALL (most?) of the Obama-commie connections at my FR Home page: http://www.freerepublic.com/~etl/)
[ Post Reply | Private Reply | To 5 | View Replies]
To: broken_arrow1
The illuminist, CFR member George Soros, now demands UN world government after Communist Chinese model.

Why is this cretin given any print or air time?
He is an international criminal.

"The main enemy of the open society, I believe, is no longer the communist but the capitalist threat."
- George Soros, February 1997

The main obstacle to a stable and just world order is the United States."
-- George Soros, June 2006

"Just" is commie jargon, as is "Liberation", "struggle", "social justice".

You and I know this. Now, how do we get others to realize it?

12 posted on 05/06/2010 6:26:56 AM PDT by vanilla swirl (To argue witha person who has renounced the use of reason is like administering medicine to the dead)
[ Post Reply | Private Reply | To 1 | View Replies]
To: All
[former US Treasury secretary Hank] Paulson claims Russia tried to foment Fannie-Freddie crisis

Russia proposed to China that the two nations should sell Fannie Mae and Freddie Mac bonds in 2008 to force the US government to bail out the giant mortgage-finance companies, former US Treasury secretary Hank Paulson has claimed.

The allegation is in his memoir On the Brink in which he also suggests that Alistair Darling, the UK chancellor, blocked a rescue takeover of Lehman Brothers by Barclays Bank when he refused to support special treatment by UK regulators.

“Russian officials had made a top-level approach to the Chinese, suggesting that together they might sell big chunks of their GSE holdings to force the US to use its emergency authorities to prop up these companies,” he said.

Fannie and Freddie are known as GSEs or government sponsored enterprises.

“The Chinese had declined to go along with the disruptive scheme, but the report was deeply troubling,” he said. A senior Russian official told the Financial Times that he could not comment on the allegation.

Separately, Mr Paulson makes it clear that he believes that Mr Darling prevented a takeover of Lehman by Barclays out of fear that it would endanger the UK bank.

Mr Paulson said that Mr Darling telephoned him on Friday September 12 – as the US authorities were scrambling to find a buyer for Lehman – to express concern about a possible Barclays deal. Mr Paulson said that he did not realise at the time that this was a “clear warning”.

Considering the fact that one of the goals I read about in the past was making a world heritage site of the entire great lakes basin, the forced evacuation Michigan is undergoing makes sense.

A video has surfaced of Presidential candidate Senator Barack Obama talking on his plans for strategic issues such as nuclear weapons and missile defense.

The full text from the video, as released, reads as follows:

Thanks so much for the Caucus4Priorities, for the great work you've been doing. As president, I will end misguided defense policies and stand with Caucus4Priorities in fighting special interests in Washington.

First, I'll stop spending $9 billion a month in Iraq. I'm the only major candidate who opposed this war from the beginning. And as president I will end it.[i.e. not win it]

Second, I will cut tens of billions of dollars in wasteful spending.

I will cut investments in unproven missile defense systems.

I will not weaponize space.

I will slow our development of future combat systems.

And I will institute an independent "Defense Priorities Board" to ensure that the Quadrennial Defense Review is not used to justify unnecessary spending.

Third, I will set a goal of a world without nuclear weapons. To seek that goal, I will not develop new nuclear weapons; I will seek a global ban on the production of fissile material; and I will negotiate with Russia to take our ICBMs off hair-trigger alert [they are NOT on "hair-trigger alert" now -etl], and to achieve deep cuts in our nuclear arsenals.

You know where I stand. I've fought for open, ethical and accountable government my entire public life. I don't switch positions or make promises that can't be kept. I don't posture on defense policy and I don't take money from federal lobbyists for powerful defense contractors. As president, my sole priority for defense spending will be protecting the American people. Thanks so much.

"I will not weaponize space"

"I will cut investments in unproven missile defense systems"

GOLDEN, Colorado — A just-released Pentagon report spotlights a growing U.S. military concern that China is developing a multi- dimensional program to limit or prevent the use of space-based assets by its potential adversaries during times of crisis or conflict.

Furthermore, last year's successful test by China of a direct-ascent, anti-satellite (ASAT) weapon to destroy its own defunct weather satellite, the report adds, underscores that country's expansion from the land, air, and sea dimensions of the traditional battlefield into the space and cyber-space domains.

Although China's commercial space program has utility for non- military research, that capability demonstrates space launch and control know-how that have direct military application. Even the Chang'e 1 — the Chinese lunar probe now circling the Moon — is flagged in the report as showcasing China's ability "to conduct complicated space maneuvers — a capability which has broad implications for military counterspace operations."

From the Sino-Russian Joint Statement of April 23, 1997:
"The two sides [China and Russia] shall, in the spirit of partnership, strive to promote the multipolarization of the world and the establishment of a new international order."
http://www.atimes.com/atimes/Central_Asia/HI29Ag01.html

Rush is correct about ugly women.

Everything you ever wanted to know about agenda 21 and more at this site: http://www.sovereignty.net/