There are very good reasons why the United States of America is still worthy of being referred to as the greatest country is the world. This Nation's very existence is a tribute to the unflagging spirit of innovation, courage and self-determination. But most importantly, America provides an exemplary model for what the concept of freedom is supposed to look like in real time, which other countries seek to emulate. That is not the myopic and pretentious declaration of a naive urbanite -- it is a demonstrable truth. Try living overseas for a little while and you will see what I mean.


This spirit of freedom which built our country is presently in jeopardy. It is being stealthily undermined by the peculiar form of government which the Obama administration is determined to institutionalize; a government with a lust for control that is more expansive in scope than many seem to realize; and one which tries to arrogate - contrary to the principles of the Founding Fathers- far more power than it was originally intended to wield.


Amongst  the primary objectives the Obama administration has set out to accomplish are: a complete restructuring of our economy in accordance with the President's socialist construct; the establishment of a federally run Health Care System; the reshaping of our military prowess into an obsolete commodity; A gradual consolidation, under the Executive branch, of authority commonly delegated to the Judicial and the Legislative branches; and finally, the legal prohibition of aired dissent from any assembly or media outlet which happens to disagree with the President or seeks to divulge the potentially deleterious effects of his policies.


A key element of this strategy is to create a narrative which questions the plausibility of a majority elected government in a free society like ours, entertaining and eventually actualizing such illiberal aspirations, and portrays the Obama administration as one that is not engaged in clandestine operations as has been unfairly alleged; and that any evidences to the contrary are merely the unintended consequences of nobler initiatives which have been skewed by the media, or most likely part of a smear conspiracy from his right wing detractors.


But since the Obama administration has indeed shown that it does entertain such aspirations, and that it plans to make good on them, let us then briefly examine every one of these rather ambitious objectives in terms of their respective strategies, if for no other reason than to offer some kind of preparatory grounds for resistance.


1. The complete restructuring of our economy in accordance with Obama's socialist construct. What has hereto been recognized as one of the most robust, leading economies in the world, has been pillaged by this administration's pork laden spending initiatives, which boast of having yielded only imaginary booms in nonexistent districts. This novel approach to spurring economic growth has not only infected an already swollen National debt, it has internationally devalued our own currency, and inspired the wholesale federalization of major, privately run financial institutions.


Moreover, a growing reluctance of these new, federally owned entities in assisting private entrepreneurial ventures, compounded by a sustained increase in unemployment, has resulted in a prevailing mood of despondency and a loss of faith in our financial strength, forcing consumers back into the vicious cycle of reliance in a government that is more than willing to conditionally rescue them from their dire predicament, relieving them of any fiscal accountability and further eroding their personal liberties.


2. The establishment of a federally run Health Care System


The current administration insists on highlighting this country's presumed moral obligation to support the contentious alternative of a Public Option contained in the President's Health Care bill, since it believes that -- except for the unborn -- optimum health is the inalienable right of every person. What they do not admit to is that this Option will be subsidized in large measure by taxing private businesses and other Insurance providers, who will then defray these rising costs by charging consumers with higher premiums and deductions. Of course the latter will have no recourse, but to "choose" this Public Option, rather than be penalized by a Government that is more than equal to the task of spawning notoriously inefficient bureaucracies, and whose idea of fairness is to tax the competition out of existence.


3. The reshaping of our military prowess into an obsolete commodity.


President Obama continues to posture himself against the informed judgment of seasoned military personnel on the ground. He gratuitously procrastinates when called upon to provide the reinforcements needed to bring a resolution to the two major conflicts we are presently engaged in; and his progressive impulses compel him to view the military culture as one that should epitomize the cardinal liberal virtues of "diversity" and "tolerance". Yet in spite of the injurious effect of his constant dithering on the morale of our Armed Forces, Obama goes one step further toward rendering our military optional, by taking the unprecedented initiative of bowing down before foreign despots, armed with the profoundly naïve expectation that such gestures will eventually incur their favor and prevent future aggression. Sadly, these gestures have only helped to create an image of America as a weak, decadent, and self-effacing Nation en route to becoming the next fallen empire.


4. A gradual consolidation, under the Executive branch, of authority commonly delegated to the Judicial and the Legislative branches.


The Obama administration envisions a Congress and Supreme Court teeming with liberal activists, and significant strides toward this aim were made by ACORN during the presidential election. This dubious coalition - whose presumed reason for existence was simply to coach people from all walks of life to exercise their right to vote - is now officially recognized by most Democrats, as a non-partisan, legitimate civic organization. Presently, they have fixed their gaze upon Congress, and are poised to resume their nefarious practices, under the congenial auspices of our Commander in Chief, whom they successfully helped to elect.


Once this cartel of community organizers - renowned for their remarkable proficiency at orchestrating fraudulent elections around the country - has met Obama's quota of Congressional seats, and helped stack both chambers to the rim with statesmen who are more responsive to his ideological bent, he will face virtually no resistance to his radical Supreme Court appointees. This is especially good news for President Obama, who is also keenly aware of the fact that most members of the Supreme Court are well past their autumn years.


As newly minted members of Congress and the Court uniformly behave in accordance with their core liberal values, their decisions will almost invariably steer towards Obama's monolithic blueprint, whilst they apprehend a false sense of autonomy, remaining captive to the illusion that they are unencumbered by any ideological bias, and oblivious to the fact that a greater weakening of their authority has gradually become the accepted norm.


5. The legal prohibition of aired dissent


If anything has turned out to be most easy pickings for Obama, it is the Main Stream Media. As things presently stand, his administration boasts of unquestioned allegiance from this highly compromised pillar of society. And while their collective, near unanimous acquiescence persists, of selectively ignoring and suppressing information that citizens need to make better informed choices, it will become much easier for Obama to accomplish the above mentioned objectives, and that much harder for the opposition to forestall the subtle encroachments of authoritarianism, whose chief envoy came bearing the good tidings of "hope and change".


But President Obama wants more than to just simply remain a favorite of the Media. He intends to silence the few remaining bastions of free information that countenance any significant opposition to his ideology, if not by excluding them from key press conferences, then by effectively sending his minions to publicly demonize them. Additionally, he also plans to silence traditional religious institutions, by reviving policies which will force the later to get in lockstep with the prevailing liberal doctrine, even if it means violating their doctrinal mandates, concerning such matters as the preservation of the marriage institution, the fundamental dignity of every human being, and the morally corrosive influence of today's alternative views on sexuality.


How then do we stop this well orchestrated assault on our freedoms?


Freedom means action, and it comes with great responsibility. Once we surrender our responsibility to preserve Freedom and are given over to complacency, our precious liberties naturally begin to erode.


So first we must sound the alarm and do our best to warn the uninformed, of the imminent peril our freedoms face. We must also resist by coming out in force to the voting booth. And finally, we must pray ardently. For if these objectives are allowed to see fruition, it will not matter who is chosen next time, for  new administrations seldom take pains to rescind or diminish their fresh claims to power, once their predecessors have cast a wide net of dominance over that which they have been asked to preside.


If we avoid this great responsibility, we should not be surprised when we awaken one day to find that not only us, but also our children, have little choice but to endure the terrible consequences of our apathy.
TOPICS: Crime/Corruption; Culture/Society; Editorial; Politics/Elections
KEYWORDS: cluelessindc; obama
1 posted on 12/11/2009 10:47:45 PM PST by neverdem
[ Post Reply | Private Reply | View Replies]
To: neverdem

Vladimir Lenin once said that the key to Marxism is medicine.

Communists usually did their 5 Year Plans. This SOB has accelerated our destruction to 4 years.

4 posted on 12/11/2009 11:08:55 PM PST by Outlaw Woman (If the First Amendment is taken away, we will be forced to move on to the next Amendment)
[ Post Reply | Private Reply | To 1 | View Replies]
To: unkus
Communists usually did their 5 Year Plans. This SOB has accelerated our destruction to 4 years.

No need for him to reinvent the wheel. Alot of the legwork, the thinking, has already been done by Communists who have paved the way for "himself, the One".

I have an idea. Let’s throw him out on his butt. 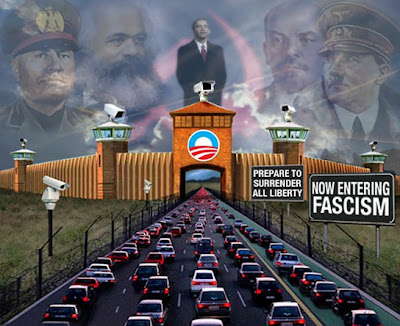 And guess what! A federal judge has said we can’t defund Acorn, so we’ll continue to pay a bunch of thieving thugs. Alice in Wonderland doesn’t even begin to describe this.

We know how the story ends, so we should be able to close the book on them early!

The problem is that no one reads this mag. Sorry, but so many on our side are in the minority of outlets and the great unwashed masses still read Time, Newsweek, and The Times, Post, Globe and watch the Big 3. This makes too much sense for the masses. And just today, the Dems went merrily on bankrupting the nation with 1.2 trillion dollar spending bill plus raising the debt limit to 1.8 trillion. So who is to stop these socialists? The GOP doesn’t have the votes. It cannot even filibuster. Unless in Nov. 2010 the voters throw almost all socialist Dems out of office, even then it might be too late to stop this agenda.