A wise philosopher once observed that it ain’t over til the fat lady sings. Well folks, the fat lady has sung and it is over. “It,” of course, is the debate over global warming. The result is not that envisioned by the global warming zealots, as amply demonstrated by the following.

A petition which asks the United States government to reject the Kyoto agreement gathered over 32,000 signatures.

In a paper titled “The IPCC- On the Run at Last,” Dr. Robert Carter stated, “The IPCC’s 2007 final summary for policy makers shows that the climate alarmists are on the run. Their evidence for dangerous, human-caused global warming, always slim, now lies exposed in tatters for all to see.”

Got that? What he said is that the IPCC projections on climate change are worthless.

The IPCC position and with it, the global warming hoax, collapsed completely with a publication in the Journal “Nature” on May first of this year. The authors, all members of the IPCC, reported that “global surface temperatures may not increase over the next decade.”

In a personal communication, noted climatologist John Christy pointed out that the “Nature” study actually predicted cooling and was done because there has been a lack of warming for seven years.

One cannot help but ask, when will the media tell the general public that the fat lady has sung, and that it is over? 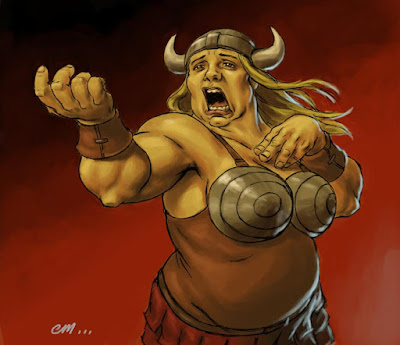 A wise philosopher once observed that it ain’t over til the fat lady sings.

He died last year. He was a real legend.