Just had an emergency Freep of Dodd, Delauro and Sebelius at Belmont Street in Hartford.

I only had 2 hours to go before I had an address, so sorry for no warning.

TOPICS: Activism/Chapters; Government; US: Connecticut
KEYWORDS: aar; delauro; dodd; healthcare; sebelius Navigation: use the links below to view more comments.
first 1-20, 21-40, 41-45 next last
I arrived at the location just as other Tea Party Patriots and Dump Dodd personnel came to assist. Total there was 12, great for 2 hours notice!

Dodd was already inside, but we saw Sebelius and Delauro drive up. Sebelius was with Secret Service personnel while Delauro was with a private driver in a red Cadillac. Supposedly she pays her own mileage according to the driver.

We were open, sign carrying and there to announce our displeasure and when Sebelius arrived we chanted DUMP SEBELIUS, and did the same for Delauro.

Good job
was this a last minute meeting or was information deliberately withheld?

Is there a site that will disclose where these commies will be so the CARING public will be alerted?

Thanks for the heads up and notification. 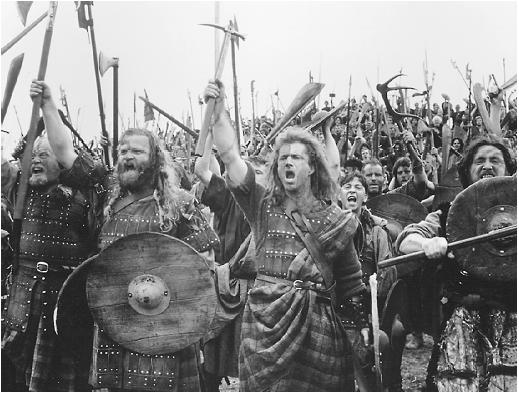 A better picture is when William Wallace bends over and shows Longshanks what a Scotsman wearas under his kilt.

Now THAT’s a symbol for how we feel about our government.

So anyways, we waited outside for Dodd, Delauro and Sebelius to re-appear

Dodd was cordial, hanging around outside, Sebelius scrambled into her car for a getaway, shirking away in the back seat

She laughed it off, rolled down her window to wave to us, I shouted out to her, laughing and smiling, HEY ROSA< YOU MISS YOUR ACTIVIST DAYS, DONT YA??

She got it, laughed with us and sped off

Dodd came out later. I was furious

Dodd is getting health care now for his cancer that most Americans WONT be able to get under this plan.

He slowed down his car leaving while we chanted CHRIS DODD, SWIM TO CUBA or chanted DUMP CHRIS DODD

He motioned for me to go over, and I did NOT want to exchange greetings with him. I told him HE should get the same health care as the rest of us and how HE would most likely be denied his own surgery.

He tried to be friendly and ask questions and I refused, I told him he was destroying the country and he waved me off, looked disgusted and drove off.

But, it is true. What they are doing is intentional and destructive and will bankrupt us and I dont want to debate a tyrant.

You gotta wonder what he would have said to you.

Looks like all of you got your points across to them.

Strange that only one of them (Sebelius) ran off with her tail between her legs.

These people have no shame, or sense of morality for what they have done (Dodd especially) and what they are now doing to the citizens of this country.

Race, it’s going to start coming up. Despite Dodd’s shenanigans, they have no intention of giving us ANY heed. The day of sit-ins may be upon us. Since they are hiding in their corners, we have to flush them out.

What the seniors did at Feinstein’s office may be the model for the rest of the nation. Camp out in rep and senator offices demanding to talk with them. Start delivering our own grievances and resolutions only in person to the rep.

Deliver a black rose for every 100,00 people who will die under “obamacare”. Yes, a couple dozen black roses.

Plaster their offices with the poster with Obama made up like the Joker from Batman with the caption Socialism.

We need more types of Protest-Art...

Dodd’s Communism has been an open secret for many, many years. Now his constituents are finally learning what Communism is all about along with the rest of the nation.
Thanks for the report Race.

Check www.newspaperarchives.com for the years 1967 thru 1972 and your will find liberal protestors who burned college buildings and trashed the military.

Maybe that can give you some ideas about protesting the government but in a more civil and peaceful way.

The libs protested against the government back then and now they don’t like the opposition doing it to them since they are now the “government”.

13 posted on 08/03/2009 11:58:57 AM PDT by Caribou ( www.ktok.com Red State Radio free streaming)
[ Post Reply | Private Reply | To 11 | View Replies]
To: RaceBannon
I can clearly hear you in the beginning of this video, Race, chanting "Rosa go Home". But the Pièce de résistance comes at the end, where your encounter with the corrupt Senator Dodd is there for all to see.

Thank you, Race, for being there. You did fantastic!

Interesting to note the vehicle choice of the silver-haired, split-tongued senator from Connecticut... a hybrid Ford Escape.

please add to title that we have pics and VIDEO?

What do you think would be the reaction if two million people, each wearing an empty holster, marched on Washington? If it were clear that each marcher was an armed citizen who chose to march unarmed, THIS TIME, but we hold open the option to march again.

Did I hear the last guy in the video right?
Did he say:”If they weren’t in this country they wouldn’t be able to do that?”