From NOAA (the National Oceanic and Atmospheric Administration)

[the very first] Earth Day took place on April 22, 1970. It was spectacularly successful, achieving grassroots concern for environmental problems facing the nation. More than 2,000 colleges and universities, over 10,000 high schools and grade schools, and 20 million citizens participated, nearly ten percent of the U.S. population at that time. American Heritage (October 1993) magazine referred to this first Earth Day as “one of the most remarkable happenings in the history of democracy...” 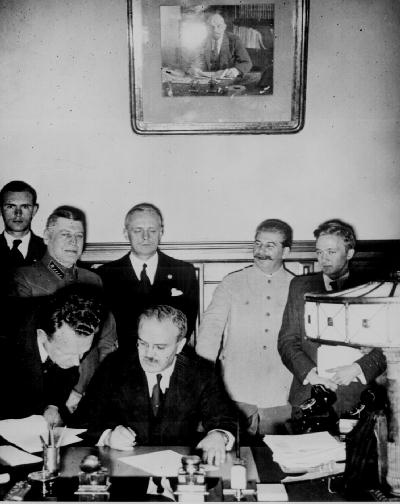 "The Popular Front sought to enlist Western artists and intellectuals, some of them not party members but “fellow travelers,” to use art, literature, and music to insinuate the Marxist worldview into the broader culture. The murals of Diego Rivera, the poetry of Langston Hughes, the novels of Howard Fast—all exemplified this approach. It’s an irony that communists should seek to change the culture, of course, since Marxism holds that culture is merely a reflection of underlying economic structures, whose transformation will bring about capitalism’s inevitable collapse." Maybe I should celebrate by burning some styrofoam. /s

Man is the crown of creation, not the rock we have dominion over.

No. Go to the gun range and fire some rounds into the earth berm. THAT is a suitable method of celebration!!!

...thanks ETL...that was some great research you posted.

Just for the record, I plan on burning a huge pile of remodeling trash today. (loaded with all manner of evil material) Might even throw a few tires in there, too!

I was in high school in 1970, and we were handed trash bags and forced to go around cleaning up the streets all day. I remember it well.

Our Christian schools should celebrate “God, The Creator, Day” today, instead of joining in worshiping the earth, which supposedly evolved successfully for “billions and billions” of years but can’t seem to evolve past man-made pollution.

Romans 1:26: “They exchanged the truth of God for a lie, and worshiped and served created things rather than the Creator, who is forever praised. Amen.”

Earth First!
We’ll strip mine the other planets later.

http://news8austin.com/shared/poll/default.asp?SecID=1&PollID=5130
This was posted on the Texas board - some cogent and hilarious comments under the story ;o)

Thank you ETL.
I have always hated Earth Day because I knew it to be a commie holiday and instituted to celebrate Lenin’s birth.
Problem is nobody ever believes me.
Earth Day is an abomination for our American standards.

I was gonna post your scripture as my facebook status. But your reference is wrong and I can’t recall the correct one.

Romans 1:26 is “Because of this, God gave them over to shameful lusts. Even their women exchanged natural relations for unnatural ones.”

I'd like to see the history behind the change.

Nothing of course wrong with loving and taking care of the natural environment, but the low-lifes behind the movement are using the issue to manipulate honest caring people into helping them advance their international socialist/communist agenda. Communism simply doesn't work. Never has, never will.

"'The Black Book of Communism,'; a scholarly accounting of communism’s crimes, counts about 94 million murdered by the supposed champions of the common man (20 million for the Soviets alone), and some say that number is too low."

Forgetting the Evils of Communism: The amnesia bites a little deeper
By Jonah Goldberg, August 2008:
http://article.nationalreview.com/?q=ZmY0MjI1MDgyYjg1M2UwNDMzMTk2Mjk5YTk0ZTdlMWE=

16 They provoked him to jealousy with strange gods, with abominations provoked they him to anger.

17 They sacrificed unto devils, not to God; to gods whom they knew not, to new gods that came newly up, whom your fathers feared not.

18 Of the Rock that begat thee thou art unmindful, and hast forgotten God that formed thee. Other passages like these appear in the old testament.

No offense, but its pretty hard to pick any day that some 'famous' or 'infamous' person wasn't born on. Also born on April 22...

I'm not saying Earth Day wasn't founded by some kook lib, it was, U.S. Senator Gaylord Nelson of Wisconsin(1), but a connection to Lenin??

(1) he was for 'zero population growth'

I was just about to remind this thread that news reports detailing the “history” of today as Earth Day, are inevitably going to try skirting any mention of the great Ira Einhorn, murderer FINALLY serving time in prison/
Might reflect badly on both E day and Arlen Specter, the lawyer who made his escape not only possible but likely.