On January 20, on the Capital Mall, before a reputed 1.8 million fans, Barack Obama had something of a Milli Vanilli moment.

Although the faithful were as oblivious or indifferent to the breakdown as were Fab and Rob’s on that awful day twenty years prior when the pair’s record skipped, the more astute observers--even the friendly ones--winced.

By all rational accounts, the gap between what an inaugural audience expected and what the president delivered has never been wider.

To be fair, the proverbial “expectations” had been a shade high. As British literary heavyweight Jonathan Raban noted, “No recent inaugural has been as keenly anticipated as Obama's.”

That anticipation derived from a common understanding among otherwise sophisticated Obama watchers: in Raban’s words, Obama is “the best writer to occupy the White House since Lincoln.”

The accepted evidence for Obama’s oversized talent can be found in just one book, Dreams From My Father, the 1995 memoir which, Raban believes, captures Obama’s “authentic voice.”

Raban is in good company. In their reading of Dreams, the world’s literary gatekeepers, an influential subset of the Obama faithful, have convinced themselves that Obama is too smart, too sensitive, too skilled as a writer to need anyone’s assistance.

They believe this deeply enough to have built Obama’s foundational myth around his presumed genius.

“I was astonished by his ability to write, to think, to reflect, to learn and turn a good phrase,” said Nobel prize-winning novelist Toni Morrison. “I was very impressed. This was not a normal political biography.''

Given Obama’s presumed gifts, observers have struggled to make sense of an inaugural address that, even Raban admits, suffered from “moth-eaten metaphors,” “faux-antique dialect,” and jarring semantic errors like Obama’s use of the word “forbearers” when he meant “forebears.”

“It was so rhetorically flat, so lacking in rhythm and cadence, one almost has to believe he did it on purpose,” opined Charles Krauthammer, adding, with just a touch of irony, “Best not to dazzle on Opening Day. Otherwise, they’ll expect magic all the time.”

Obama’s supporters were at least as perplexed. “It is simply mysterious how such tired language could sound appropriate to the ear of Obama the writer,” said Michael Gerson in The Washington Post.

“Not one of his greatest,” conceded terrorist emeritus Bill Ayers. “But I think he intended it that way. I think he was lowering expectations. You know he’s not Superman.”

To find a rationale for the speech’s lameness, Raban waxed downright Jesuitical. “What needed to be said had to be phrased in language as well-worn and conventional as possible,” he concluded, “to give the illusion of smooth continuity between Obama's speech and those of past presidents.”

There is, of course, a much more plausible expectation for the speech’s failure, but no one in the major media, friend or foe, has dared to suggest it: namely, that after lip-synching texts for his entire public career, Obama decided to voice this one largely on his own.

Although a “disconcerted” Raban grudgingly concedes that 27 year-old video gamer Jon Favreau has served as Obama’s chief “ghost” since 2004, he and other true believers refuse to probe any further.

To even consider the possibility that Obama needed help with Dreams From My Father, the sacred text of the Obama canon, is fully taboo.

The evidence suggests, however, that Obama needed lots of help. Before Dreams was published, only three of Obama’s essays had found their way into print. None of these showed the least potential.

As I have documented in these pages, in March 1983, Obama wrote an 1800-word article, “Breaking the War Mentality,” for Columbia University’s weekly news magazine, Sundial.

If the article had an editor, it is not obvious. Consider the following representative sentence: “The belief that moribund institutions, rather than individuals are at the root of the problem, keep SAM’s energies alive.”

This sentence is unworthy of a state college freshman let alone an Ivy League senior. The noun, “belief,” and the verb, “keep,” do not agree—one of an embarrassing five such noun-verb disagreements in the essay--and the punctuation is fully improvisational.

Worse still, the word choice is haphazard enough to unsettle even the most willfully dense of Obama’s literary acolytes.

It would be another five years before Obama had anything else in print and this an essay titled “Why Organize,” reprinted in a 1990 book called After Alinsky: Community Organizing in Illinois. The following two excerpts show how little Obama had developed as a writer:

“Moreover, such approaches can and have become thinly veiled excuses for cutting back on social programs, which are anathema to a conservative agenda.”

“But organizing the black community faces enormous problems as well . . . and the urban landscape is littered with the skeletons of previous efforts.”

These cliché-choked sentences go beyond the merely unpromising to the borderline ungrammatical. “Organizing” does not “face.” “Efforts” do not leave “skeletons.” “Agendas” do not have “anathemas.”

More revealing is that in neither of these essays does Obama turn a single phrase that is punchy or poetic, let alone memorable.

“Suits by a fetus against third parties provide an additional deterrent to additional intrusions on a woman’s bodily integrity," reads a typically leaden sentence.

In 1990, Obama contributed an edited, unsigned student case comment to the Harvard Law Review. Granted that an analysis of abortion law allows little room for soaring rhetoric, but the language one find here does not even rise above the plain.

“Suits by a fetus against third parties provide an additional deterrent to additional intrusions on a woman’s bodily integrity,” reads a typically leaden sentence.

This same awkward, uncertain Obama seems to have re-emerged in the inaugural address. “Some phrases were just strange,” writes Michael Gerson of the speech. “Recriminations have ‘strangled’ our politics, as in some ‘CSI’ episode. We have ‘tasted the bitter swill of civil war and segregation.’ Yuck, in so many ways.”

In his bestseller, Outliers,New Yorker writer Malcolm Gladwell painstakingly lays out what he calls the “ten-thousand-hour rule.”

Gladwell quotes neurologist Daniel Levitin to the effect that “ten thousand hours of practice [in any subject] is required to achieve the level of mastery associated with being a world-class expert” and cites example after example to make his case.

In Dreams, Obama cops to having written almost nothing before his magnum opus save for occasional journal entries and some “very bad poetry.” And then, without further ado, he produces what Time Magazine calls “the best-written memoir ever produced by an American politician.”

In still another historic first, Obama appears to have broken the “ten-thousand-hour rule,” and to have done so with about 9900 hours to spare.

Too bad the magic wore off at the Inaugural.

Cashill has pretty much proved he didn’t write them in previous essays but crickets from the MSM (or are those the skeletons of crickets?)

Yeah, I think most of the memories are his. Though he downplays his radical marxist arab loving roots a bit.

You wouldn't know it from comments at DU about the latest Press Conference.

Some of them are weeping tears of joy.

5 posted on 02/09/2009 7:29:55 PM PST by what's up
[ Post Reply | Private Reply | To 1 | View Replies]
To: pissant
To find a rationale for the speech’s lameness, Raban waxed downright Jesuitical. “What needed to be said had to be phrased in language as well-worn and conventional as possible,” he concluded, “to give the illusion of smooth continuity between Obama's speech and those of past presidents.”

Oh. Yes. Right. Just what we want in a President. Lowered expectations.

You know he’s not Superman.” 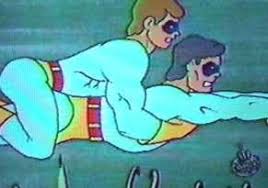 Those same libtards would pay money to wipe the marxist’s rear end for him.

You can blame it on the rain... 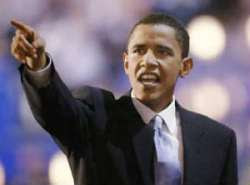 Cause the rain don't mind...

You got to blame it on something..."

“Obama is ‘the best writer to occupy the White House since Lincoln.’”

What about TR? He was a professional historian, on and off. Wilson’s academic nonsense was popular for a while. Grant’s autogiography and letters have been said to have a stroke of genius.

- Hairy college student: now I can remain a student FOREVER! I don’t have to work!

- Slightly less-hairy aging lib: now I can feel GOOOOOOOD about myself!

- Slacker who couldn’t get anything better than working at the mall: now I can sponge off all those people I made fun of who now make more than I do!

(I could put in a line about the hood-rat gangbangers, but that would be too easy)

And Reagan’s writings on government and world affairs blows them all away.

How the heck can Donald Trump say that Obama sounded magnificent tonight..is he kidding..what the heck am I missing, Obama sounded like a damn retard tonight and he was lying all over the damn place. Are people losing their minds

“what Time Magazine calls ‘the best-written memoir ever produced by an American politician.’”

With Benjamin Franklin’s autobiography in existence, this is a laughable asserion.

17 posted on 02/09/2009 7:37:52 PM PST by RepublitarianRoger2
[ Post Reply | Private Reply | To 8 | View Replies]
To: pissant
You have to love and hand it to a writer who can make a compelling case for another person's plagiarism (if not manifest cover-to-cover ghost-written deceipt) without ever explicitly stating that premise.

One wonders if the masses will ever discover to be the lipsyncing pretender he plainly is.

Obama could deliver the Gettysburg address but he couldn't write it if his life depended on it!

I'm praying for a telepromter malfunction!

Trump needs a bail out, dude. Trump cares only about Trump.