Everyone caught up in the scandal of accused Wall Street swindler Bernard Madoff wants to know where the money is.

Madoff, who authorities say confessed to losing $50 billion in "a giant Ponzi scheme," has given a list of his assets, liabilities and property to U.S. regulators. But the thousands duped, from the beach cities of Florida to yacht clubs of the Mediterranean to Hollywood and Manhattan, may never see it.

And judging by the scandals involving Bayou Group hedge fund, WorldCom and Adelphia Communications, any money they may see down the road will likely be a fraction of what they invested.

"We have received many calls from people and everyone is saying 'where did the money go?' because he obviously didn't use it all," said Craig Stein, an attorney in Boca Raton, Florida.

"If you add up all of the firms and entities and brokers that were making commissions and compensation off of the promotion or facilitation of the money to Madoff, I bet you will find a very large number there, an economy of its own," Stein said.

Stein said he is investigating on behalf of two clients whose money in Westport National Bank of Connecticut ended up with Madoff. The bank said it provided only custodial services and did not invest any of its own money with Madoff or introduce anybody to Madoff.

The U.S. Securities and Exchange Commission, which received the assets list from Madoff's lawyers on Wednesday under a court order, will not publicly disclose the information. It will become part of its investigation following Madoff's Dec. 11 arrest in New York.

The Ponzi scheme purportedly run by Madoff is one in which early investors are paid off with the money of new clients.

The 70-year-old Madoff, a former chairman of the Nasdaq stock market, is under house arrest and has not yet appeared in court to answer the charges. No one else has been charged in the scandal surrounding Bernard L. Madoff Investment Securities LLC and the firm is being liquidated in bankruptcy court.

Madoff property disclosed so far in court filings is worth at least $78 million, including homes, a boat, a charity and five JP Morgan Chase and Bank of New York Mellon accounts.

Madoff said he had $200 million to $300 million left, according to court documents.

New York litigator Evan Glassman said that while out-of-pocket losses may only total $20 billion to $30 billion when legitimate claims for principal are tabulated, recovery from all avenues will likely be small.

"I think we are talking less than half," he said. "Some of the likely deep pockets are not so deep any more."

The government is still looking for assets related to the 2005 Bayou Group hedge fund fraud by Sam Israel, which resulted in $450 million in losses. About a quarter of that amount has been returned to investors so far, litigators said.

"The good thing about it is the government has the tools at their disposal that plaintiffs lawyers don't have," Scharf said.

But the government's powers are limited when it comes to finding assets that may not be there.

Investors who lost $5.5 billion in the collapse of Adelphia Communications in 2002 saw the SEC recover just $530 million from founder John Rigas and his son in a civil fraud lawsuit. It took securities litigation to win another $455 million from Adelphia's auditor and 38 banks in 2006.

TOPICS: Business/Economy; Crime/Corruption; Government
KEYWORDS: bernardmadoff; finra; fraud; madoff; markopolos; maryshapiro; ponzi; ponzischeme; scam
News of note:
Harry Markopolos (who sent a letter to SEC, alerting agency to potential of illegal frontrunning and/or Ponzi scheme by Madoff) will not testify on Monday before Congressional committee looking into Madoff scandal, due to illness, according to his lawyer.
1 posted on 01/04/2009 8:01:45 PM PST by CutePuppy
[ Post Reply | Private Reply | View Replies]
To: CutePuppy

I wonder how much really was lost. I bet Madoff does not know!

Madoff Chasers Dug for Years, to No Avail

The failure to stop Mr. Madoff also is an embarrassment for Mary Schapiro, the Finra chief who has been nominated by President-elect Barack Obama as the next SEC chairman. Finra was involved in several investigations of Mr. Madoff’s firm, concluding in 2007 that it violated technical rules and failed to report certain transactions in a timely way.

Not exactly, no. There was a lot of accounts churning, and $50B is just a nice round number.

But every week he's getting closer to hitting it, give or take a few billion, with more disclosures from European (Austria, France, Spain, Switzerland, etc.) banks and high wealth private investment groups. And very recently news has started to trickle out of Latin America - to date, primarily related to Spain's Banco Santader and affiliates. Many prefer to keep quiet, at least for now, either from sense of shame or to maintain financial "privacy". If there is a chance for substantial recovery, I suspect we'll see more stories of woe.

Yep, FINRA, while only being an NGO, and Mary Shapiro had direct “overseer” responsibilities over hedge funds activities. SEC mostly has regulatory power over activities in “public” markets.

Also, embattled Chris Cox, while being largely out of his element, became SEC chairman only few months before Markopolos letter “to SEC” when he took over from Bill Donaldson in summer of 2005. Bill Donaldson was one of Obama’s advisors on his transition team.

Remove the specifics (names, dollar amounts), and this article could have been written about Social Security, with the scam victims being all of us who are forced to pay into it. SS is the biggest Ponzi scheme in history — but that’s okay, because it’s the gubmint’s Ponzi scheme....

Signicantly many of the entities invested with Madoff are tax-exempt non profit "charities and foundations"---which the IRS has labled as massive tax evasion schemes.

To pull off a $50 billion scheme, the Madoff cabal would have had to involve investors, relatives, associates, co-conspirators (or subsets of them), businesses and tax-exempt organizations........colluding together with similar goals like tax evasion and money laundering.

Madoff may have escaped scrutiny by routing his scheme through telephone lines with a maze of complex telecommunications' systems equipped with call-forwarding and voice mail systems, and numerous postal and commercial mail boxes..........and perhaps unregulated money-transfer systems that operate below the oversight radar in ethnic enclaves and places like NYC's Diamond District.

The "investment" monies could have been disguised (to evade the IRS) by routing through a network of domestic and international bank accounts using counterfeit checks.....opening commercial bank accounts in the name of bogus businesses and wire-transferring and/or depositing "investment" checks into those accounts.

The checks could have had invalid bank routing numbers, forged endorsements, or been drawn on the proceeds of other counterfeit checks deposited in other bank accounts. Before banks discovered the fraud, the funds might have been transferred out of the accounts……probably offshore----leaving banks unable to recoup their losses.

Madoff might have manufactured falsified “loss statements” as a tax evasion ploy.

In an international scheme with offshore ties, the co-conspirators or subsets of them might have obtained hundreds of taxpayer identification numbers for phantom citizens with worldwide addresses, and used the information, along with phony passports, to claim hundreds of bogus tax refunds.

Investigators poring over Madoff's books have discovered he routinely falsified documents. Using classic fraud techniques, Madoff kept two (or more) sets of books. One set keeps track of losses at Bernard L. Madoff Investment Securities LLC's (his investment advisory arm), while the other set of books is what investors were shown.

NOTE The SIPC is financed by the securities industry and hands out reimbursements to investors who lost money through LEGIT brokerages. It was not intended to reimburse individuals involved in shady schemes with people like Madoff.

9 posted on 01/05/2009 6:33:56 AM PST by Liz (The right to be left alone is the beginning of freedom. USSC Justice William O. Douglas)
[ Post Reply | Private Reply | To 1 | View Replies]
To: All
Another way to hide monies is donation of property to tax-exempt non-profits---the scam relies on inflating the cost of the land on the books. 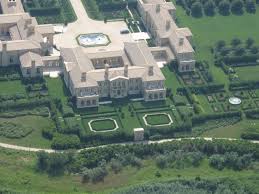 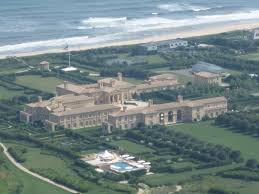 Is this astoundingly palatial oceanfront Hamptons mega-mansion
a tax-exempt "synagogue-residence-yeshiva" for Orthodox students?

It is also believed that J. Ezra Merkin, Fifth Avenue Synagogue president, had about $1.8 billion invested w/ Madofff through Mr Merkin‘s Ascot Partners fund. Members of the Fifth Avenue Synagogue, located on the wealthy Upper East Side of Manhattan, are estimated to have invested some $2 billion w/ Madoff. Merkin was also Chairman of Yeshiva University Investment Committee, He introduced clients to Madoff and gave him access to prominent Jewish charities and universities.......the entities were all Orthodox religionists.

MADOFFIAN MERKIN COULD HAVE FOUND ANOTHER WAY TO HIDE MONIES Excerpt---Upper East Side investor Erza Merkin is being pressured to step down as chairman of GMAC, the troubled auto- and mortgage-lender which received a $6 billion government rescue package. The pressure comes as Uncle Sam entrusts a trunkload of cash to Merkin, whose Gabriel Capital Group's Ariel Fund was one of the largest funds feeding money to alleged Ponzi scheme fraudster Bernie Madoff.

Merkin's fund had $1.8 billion invested with Madoff. Neither GMAC or the Treasury Dept is talking about how Merkin was allowed to stay atop the privately-held GMAC operation despite his cloudy recent history - which has been marked by several lawsuits charging the 53-year-old investor with fraud.

Merkin, who lives in the tony 740 Park Avenue building, told investors in December that his $1.8 billion Ascot Partners LP fund had invested nearly all its assets with Madoff - and had lost it all. Ascot was one of several funds under Gabriel Capital Group, which had a total of $5 billion in assets under management. Investors who had entrusted their money to Merkin - that Merkin placed with Madoff - include New York University, Yeshiva University, New York Law School and Tufts University.

10 posted on 01/05/2009 6:52:31 AM PST by Liz (The right to be left alone is the beginning of freedom. USSC Justice William O. Douglas)
[ Post Reply | Private Reply | To 9 | View Replies]
To: All
Watching early news clips of sincere, winsome, doe-eyed Madoff pontificating on
why "investors did not understand his investment strategy," is a case study in the
criminal use of gravitas.

Here's Bernie languidly strolling back to his penthouse from the courthouse with
an ankle monitor---as if nothing happened. That evil smirk knows connections
talk when it comes to prosecutions.

Really? That must be why they call it a scam!