there's been rumors that this assHat will probably be the fulltime replacement for tim russert.

btw, what do you think of his "projections"

Who cares what Chuck Todd thinks

It depends on how they define “toss-up” - If they don’t define Pennsylvania and Virginia as toss-ups (which some media hasn’t) and just hand it off to 0bama, then I guess he doesn’t have a chance. McCain has to win one of the two and probably needs both.

I'll assume that there are Toss-Up states that he's calling solid blue that he isn't taking into account.

“F*CK you CHUCK!!” Go get back in the hot tub with the Politico guys.

Your boy is going to lose, and along with his loss will go all of your miniscule credibility.

how does virginia look right now? some polling data

chucky is the same clown whose on Keith O’s every day claiming how McCain can not win unless he takes england, kenya, italy, which are toss up states

Chuck probably thinks Obama is a lock in utah

12 posted on 11/02/2008 12:48:11 PM PST by TheRedSoxWinThePennant
[ Post Reply | Private Reply | To 2 | View Replies]
To: jersey117
That's just one path. There's more than one reason why McCain is in PA. Biden was there in South Philly yesterday and they are trying to hold onto PA. Sounds like Obama's camp is afraid of losing PA.

Mason-Dixon has O 47 M 44, which is within the margin of error, with 9% still undecided, mostly white. 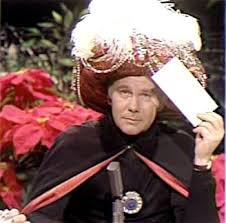 Question: The sound a cat makes when it coughs up a hairball.

Chuck makes me want to toss up my lunch....

Chuck Todd is a loser! He is in the tank for Obama! McCain will win all the red states from 2004 and some blue states!

Hmm I wonder if Chuck Todd said that before or after the video came out of Obama saying he is going to bankrupt the coal industry.

obama sinking in virginia in the last 2 weeks indicates something is going on there.......and i like it