My advice to Senator Obama is to run as a Man and Leader, and the American people will evaluate you as such, not as a victim. This is a Presidential race, based solely on a capacity to lead the United States of America. It is not about skin tone…however, perhaps we should come to expect these immature statements.

It also seems rather humorous that the Presidential candidate who was supposed to be such a “uniter” and transcend race is the one talking about it the most. If Senator Obama was confident in his abilities and character, he would not need to create a crutch for failure. Senator Obama has just tipped his hand, any criticism of him and his policies will be directly attributed to racism. I congratulate Senator Obama for taking race relations in America back some 30 years.

West has an interesting military history some of you may remember. NRO’s Jed Babbin wrote in December 2003:

A few months before that incident, around August 8, another member of the Fourth I.D. — an artillery officer and a veteran of the 1991 Gulf War — was assigned as a civil military-affairs officer in a hot zone in the Sunni Triangle. His job placed him in daily contact with local leaders, and his responsibility was to help them help the army, to run local elections, and stamp out the insurgents. The officer was told by the intel people that they had solid information, from three sources, about a plot to assassinate him. He wasn’t very concerned, his attention focused on a scheduled local election only a few weeks away. His boss told him to stay off the streets for a few days, and he did. Readying to go back out on patrol on August 16, the lieutenant colonel was stopped at the gate by some locals who wanted to talk to him. The patrol went on without him, and was ambushed. No Americans were hurt, but the officer was convinced of the plot.

Between August 16 and 20, intelligence identified an Iraqi policeman who was allegedly involved in the assassination plot, and the man was arrested on Aug. 20. According to the officer’s defense attorney, this is what happened.

Lt. Col. Allen B. West was told the policeman was uncooperative, so he took a few of his men to the interrogation area to see for himself, where he found the prisoner being questioned by two female officers. They told him the man was belligerent, and wasn’t giving them any information. (Surprise, surprise. The idiocy of having women question male Arab prisoners is apparent to everyone except the army commanders.) West entered the room, sat across from the man, drew his pistol, and placed it in his lap. West told him he had come to either get information, or to kill him. The prisoner responded by smiling and saying, “I love you.” The interrogation continued, and one of West’s troops lost his temper and started slapping the man. West then had his men take the prisoner outside, where he again threatened the man, telling him that he would kill him on the count of five if he didn’t tell what he knew. The prisoner refused, and West fired his pistol into the air.

The interrogation continued, but not the beating. After about 20 more minutes of useless questioning, West grabbed the man, held him down near a box full of sand used to discharge jammed weapons, and said something like, “This is it. I’m going to count to five again, and if you don’t give me what I want, I’m going to kill you.” West held the man down, counted to five, and then fired his pistol into the discharging box about a foot from the Iraqi’s head. He began talking. Over the next few minutes, the prisoner gave very specific information about the plot. He named the conspirators, gave times and dates of the assassination plan, and even described how attacks would be made.

Suddenly, on October 4, West was relieved of his command. On October 18th, two weeks to the day before he would become vested in his army retirement program, West was told he either had to resign or face court martial. Not wanting to lose his pension, West refused. His offer to resign after his benefits kicked in was rejected. An Article 32 hearing — the military equivalent of a grand jury — heard the charges against West in November. The results of that hearing are due any day, and may recommend felony charges against West.

What Allen West did was wrong. But there is nothing he did that warrants a court martial or a felony conviction: It’s clear that the lawyers and the careerists in the Army have decided to make an example of him. But an example of what? After tossing out a soldier who killed a prisoner, how does it help to court martial another who intimidated a prisoner without injuring him, and actually got information that may have saved American lives?

This was the outcome of that hearing:

An officer in Iraq who used shock interrogation tactics to thwart an impending attack on American soldiers was punished with forfeiture of two month’s pay, according to his lawyer.

Previously faced with the possibility of a court martial, Lt. Col. Allen B. West accepted Article 15 non-judicial punishment from the commanding general of the 4th Infantry Division at a hearing today in Tikrit, Iraq, said Neal A. Puckett, a retired Marine officer.

When questioned during the course of the hearing, West said if he were ever in the same situation again, he would do the same thing if necessary to protect his men:

Lt. Col. Allen West admitted during an emotional preliminary hearing today he used wrong methods to extract information from an Iraqi detainee but insisted American lives were at stake.

Accused of threatening to kill the Iraqi if he didn’t disclose details of an imminent plot against U.S. soldiers, West was asked by his defense attorney if he would do it again.

“If it’s about the lives of my men and their safety, I’d go through hell with a gasoline can,” he said, according to Reuters.

“But that’s what’s going on out there in the streets here, and that’s how I feel about my boys,” he told the hearing, held in Saddam Hussein’s hometown Tikrit. “There is not a person in this room I would not sacrifice my life for.”

West, his voice breaking with emotion, said he had told the families of the men and women in his 4th Infantry battalion before leaving for Iraq he would bring them home alive.

“I know the method I used was not the right method,” he said. “I was going to do anything to intimidate and scare him, but I was not going to endanger his life.”

Here’s a fantastic quote from him:

“The West family is an example of the triumph of the civil rights movement, as well as Ronald Reagan’s challenge to the black community,” he said. “My parents were middle class, inner city Atlanta people. They were raised in the segregated South, but had a vision for their three boys…They did not sit back and wait for anyone to give them a handout, and that sentiment permeated throughout our extended family.”

Small wonder he took the attitude he did about Barry O’s race-card playing last week. Good for him.

Update: Jimmie at The Sundries Shack has more links on West.

TOPICS: Editorial; News/Current Events; Politics/Elections
KEYWORDS: allenwest; blackconservatives; obama; race Navigation: use the links below to view more comments.
first 1-20, 21-27 next last
Love this quote by another one of my heroes on the header of the site:

It's amazing how much panic one honest man can spread among a multitude of hypocrites.  -Thomas Sowell

Thanx for the future ping! ;-)

Go Army. Just heard this guy on the radio a few minutes ago.

Great advice but you can’t run as Leader when you’ve never been one. Obama has never been in any kind of leadership position other than trying to play one on TV.

Where did you hear him?

Oh, come now. I hear he was a first class community organizer and that must have taken some serious leadership skills.

6 posted on 06/23/2008 9:02:27 PM PDT by ProtectOurFreedom
[ Post Reply | Private Reply | To 4 | View Replies]
To: ProtectOurFreedom
I hear he was a first class community organizer and that must have taken some serious leadership skills....so what, So was Al "Scarface" Capone. 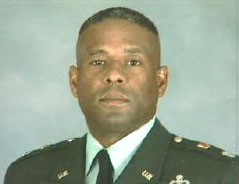 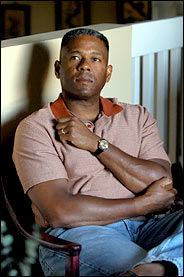 I heard Andrew Breitbart was sitting in... Did he ask about this quote?

Let's help this man get elected and get him into the Republican pipeline for future elections!

I feel so strongly about this man and his leadership that I sent him a campaign contribution despite being a Nevada resident. Let 534 more Allen Wests step forward.

hell I sent him $1,000 which is the first time for me. He has a set of brass balls that need to be in congress

Lead us toward greater liberty? I think not.

He hasn't any leadership. He's as empty as his speeches. His goal is to get his black butt elected- a first for history and a stab in the Clintons' eye (which I could support-but won't).

America hasn't the time or money to mess with such a "change" agent. We could use leadership about now but I'm afraid it won't be coming from Washington, D.C. McCain's idea of leadership consists of 'reaching across the aisle' and hooking-up with socialists to 'move America forward' (whatever the hell that means).

A real 'leader' would recognize how far we have wandered from our founder's vision of America and set a course to correct it. He'd propose less government, lower taxes, fewer regulations, and apply the engines of entrepreneurship, opportunity, and liberty to pull us out of the ditch we've gotten ourselves into. America doesn't need a silk-suit serenader or any more blabbering fools, it needs a tow-truck.

Thanks for the ping! You do not get any more “American Dream” than Lt. Col. Allen West. Not only is he a hero, but he is an inspiration on a personal AND political level.

I’m going to get *sappy* for a second but I do hope people start taking notice of his campaign. In this dark bleak hole of an election year, where most Republicans have decided it’s better to try to out liberal the Democrats to get prized “moderate” vote, Lt. Col. Allen West has offered a bright ray of hope to conservatives. Reading about his campaign on here (THANKS TO FOX and YOURSELF) has renewed my enthusiasm for an otherwise lackluster election cycle.

I wished I lived in his district so I could do the work on the ground. I’m so excited for this campaign! and hope everyone in Florida District 22 is paying attention to the character, beliefs, policies, and ideas of the two choices they have.

I know exactly how you feel. I have never been so excited about supporting a candidate!

The interesting thing about Col. West is when people get to know him, they feel the same way too!

Exactly!!!! If only we could get GOPAC and the RNC to get to know him. They could help with $$ AND Name Recognition. BIG HINT TO others on here who want to help - phone calls and emails are powerful tools. ;) ;) ;)

You’re so cool! THANK YOU!