FORT LAUDERDALE, FLA -- "I want to get something out of the way because there are some pretty crazy rumors going around that the Huckabee campaign is pulling out of Florida,” Mike Huckabee said as he looked out into a crowd of 250 enthusiastic supporters at a jet hangar here.

Florida is an expensive state to campaign in and Huckabee has never had a lot of money. Major media outlets are reporting Huckabee is out of play in this state even though he’s never explicitly said he is. The campaign is saying more events are planned in Florida following tomorrow night's Republican debate.

Huckabee later told reporters that he thinks journalists were drawing a false conclusion after learning the campaign would no longer make arrangements for a traveling press corps. He said it was “impractical” to have a press bus because of the “sheer size” of the state, and there were too many empty seats on the press plane. He did not address the matter of layoffs.

“Those news reports that our demise is imminent is much exaggerated,” Huckabee said.

Some have speculated Huckabee lost in South Carolina because he spent so much time in Michigan. Those same people think Huckabee is committing Feb. 5 suicide by spending so much time in Florida.

Posed with this theory, Huckabee disagreed that campaigning in Michigan contributed to his loss in South Carolina. He argued the campaign would have turned out a “10 point win” had the Club for Growth not dumped $750,000 of negative ads and had Fred Thompson not campaigned on a constant fury of anti-Huckabee attacks.

“Elections are all pieces of a much larger puzzle,” Huckabee continued. “I think a big thing people have to remember is that, unlike any election, this is going to come down to delegate count.”

Which is why the Huckabee double strategy of campaigning in Florida and winning delegate votes can be puzzling in this winner-take-all state.

On the other hand, if doing well in Florida is a matter of beating expectations, then it’s true expectations are very low. And there are few ways for members of the media to assess what his ground game is in the state.

Although Huckabee has been in Florida every day since Monday, he’s been holding mostly closed press events. This poses two scenarios – that nothing is going on and the campaign doesn’t want journalists to report about it. Or that something is happening and they don’t want the national media to know.

Challenged again about how he plans to win in Florida, Huckabee said, “If money were the reason that people got all the votes, we never would have won Iowa. We wouldn’t have placed well in New Hampshire and Michigan... We almost won South Carolina. We’ve been in contention in every state.

“Some things that you may not see happening doesn’t mean that nothing is happening,” he continued. “We’re doing a lot of things with grassroots organizations that aren’t necessarily public events on the public calendar but there’s an enormous amount of activity going on behind the scenes and underground that will show up on Tuesday.

Huckabee also answered to opportunities posed by reporters to criticize his opponents.

Rejecting the suggestion Mitt Romney would be better fit to lead the U.S. through the economic downturn, Huckabee said, “If one looks at [Romney’s] business career, it is largely dealing with a capital company that took companies, often broke them apart, people lost jobs, didn’t gain jobs. A lot of the money that was made within those companies ended up offshore. I’m not sure that that helps the American economy when you take people’s money and you put it in Cayman Island bank accounts... If that’s how we recover America’s economy, I’m not sure how many Americans benefit out of that.”

Huckabee said, “Americans benefit when their government has policies that make it so people who are running small businesses and people who are working in jobs in factories keep those jobs.”

“If you’re extremely wealthy, you can write checks of tens of millions of dollars to your campaign and be credible – not because your ideas are resonating with people but because your checkbook is taken seriously at radio and television stations... But the fact is if you’re a campaign like ours, you’re limited to people who can only give you up to $2,300 per person.”

He continued, “The other thing that has really made the system horrible is this proliferation of people who, when they can only give a certain amount of money to a candidate, then they funnel the money into Washington special interest groups, 527s ... the really nasty stuff and do it anonymously. That is not real election reform at all.”

Asked about the debate tomorrow, Huckabee said his “plan” is to stay positive and “simply go in and try to get as many questions answered as I can. I’ve got a record I can be very proud to run on. I think I’ve got a platform I can be proud to present to the American people as the most viable platform to be President of the United States.”

So Huck complains about McCain-Feingold and then complains that his contributers can’t contribute? Huck/Edwards would be the best populist ticket. Two Americas....zzzzzzzz

2 posted on 01/24/2008 1:54:01 AM PST by byteback
[ Post Reply | Private Reply | To 1 | View Replies]
To: Kurt Evans
Huckabee said, “Americans benefit when their government has policies that make it so people who are running small businesses and people who are working in jobs in factories keep those jobs.”

Unions and protectionism. They sound like winners to me!

I think Huckashuck is aware of all the criticism of him coming from the conservative community and, like Hillary, he is “finding his voice”.

I think Governor Huckabee was only describing his ideal world, as opposed to recommending actual legislation.

6 posted on 01/24/2008 2:30:39 AM PST by Kurt Evans (This message not approved by any candidate or candidate's committee.)
[ Post Reply | Private Reply | To 5 | View Replies]
To: Kurt Evans
Huckabee said, “Americans benefit when their government has policies that make it so people who are running small businesses and people who are working in jobs in factories keep those jobs.”

I wonder how this fits in with his rejection of immigration reform? Seems to me if you work on getting all the illegals out of the US the jobs will be there. I notice he isn't talking about that at all.

Would be a remarkable change from his daily campaign whining.

10 posted on 01/24/2008 3:43:34 AM PST by stocksthatgoup (Number1FredHeadSwitch2Mitt)
[ Post Reply | Private Reply | To 9 | View Replies]
To: Kurt Evans
You Huck supporters give him way more leniency than you would ever give Rudy or Mitt for their lies or changes and they aren’t supposedly preachers of the Gospel. Rudy has actually acknowledged he has not led a perfect life but unlike Huck the Holy he has stuck to what his principals are. I think God respects that far more than what Huck is doing.
11 posted on 01/24/2008 3:43:42 AM PST by normy (Don't take it personally, just take it seriously.)
[ Post Reply | Private Reply | To 6 | View Replies]
To: stocksthatgoup

Too bad he wasn’t touting this position from day one of the campaign. It must be because his version of Dick Morris told him it does well among Conservative focus groups

Although Huckabee has been in Florida every day since Monday, he’s been holding mostly closed press events. This poses two scenarios – that nothing is going on and the campaign doesn’t want journalists to report about it. Or that something is happening and they don’t want the national media to know.

It's the former. He's never attracted anything but the evangelicals and only about 50% or less of those. If you look at likely voters in Florida, take the percentage of evangelicals and divide them by 2, you'll get Huck's numbers.

So, there's nothing going on in Florida. He has virtually (if not in reality) no staff in Florida and he's depending on the grass-roots network (read: politically-active churches) to get out the vote for him.

Even if he could commit the same number of Common Sense Issues phone calls to the state that he did in South Carolina (1 Million), it would not have nearly the effect. There's no Fred to attack, and many of the voters are more socially moderate than South Carolina. He can't attack McCain as he still has sugar-plum-fairy dreams of Veep. He can't raise any money of consequence from his grassroots network of churches and his rich donors can only give money for his push-polling.

Dead campaign walking. So long, Huck. We knew you all too well.

Well, I guess I’m “Nobody” because the Huckster is not a true conservative. Also, love the way he complains about campaign finance reform then complains that people are still allowed to donate to 527’s. (In other words, he wants to shut up groups like “club for growth”, much like McCain shut up the Wisconsin National Right to Life)

14 posted on 01/24/2008 4:35:35 AM PST by NavVet ( If you don't defend Conservatism in the Primaries, you won't have it to defend in November)
[ Post Reply | Private Reply | To 1 | View Replies]
To: Kurt Evans
I think Governor Huckabee was only describing his ideal world, as opposed to recommending actual legislation.

So in Huck's "ideal world" political speech is outlawed and/or heavily regulated? No thanks.

What does a liberal Republican do when he is afraid to face grass roots conservatives himself? He pays his coffee and errand boy minimum wage to do it for him

Sitting in a cubicle at campaign headquarters you search Conservative websites like the NY Times, Washington Post, LA Times, Salon, CNN and Daily Kos looking for favorable articles about the Huckster to post on FR

Armed with nothing but talking points from Hucks' website, you attempt to convince conservatives that your candidate is not a Christian socialist or a pro-life Democrat

...(Jesus would want amnesty for illegals)

All we need is a leftist who is pro-life, has an R next to his name, and talks about Jesus.

So crack open an ice cold Bud Light, oh Karl Rove of the blogosphere, because when a FReeper runs for office, we'll be calling you... 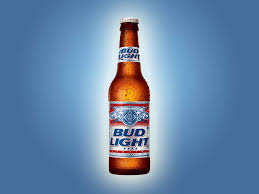 As I’ve told Eric repeatedly, I’ve never had any contact with Governor Huckabee or anyone on his staff.

Don’t try using facts or logic with Eric Blair. It’s like trying to give garlic to Dracula. Eric Blair is a troll who’s only purpose here is to disrupt this forum and the stated beliefs of its founder by incessantly posting “Huckabee is a socialist scumbag and all his followers are Democrats” type posts. He hates Huckabee to such a degree that he is openly pushing for Rudy McRomney (though the stated goal of FR is to defeat Rudy McRomney) over Huck. If it’s the general election and Huck’s the nominee, he’ll probably pull an Ann Coulter and work to elect Hillobama just to spit in Huck’s face.

MCain Finegold is a true disaster that virtually guarantees that the wealthiest (independently wealthy, that is) candidate wins. If you’ve ever worked with a local political club, you’ll know exactly how insane it is and how it essentially seals off the political process to ordinary people, making it even more incomprehensible to and removed from the citizens.

I wish it could be overturned.