“I have found a certain type calls himself a Liberal. Now I always thought I was a Liberal. I came up terribly surprised one time when I found out that I was a right-wing conservative extremist, when I listened to everybody’s point of view that I ever met, and then decided how I should feel. But this so-called new Liberal group, Jesus, they never listen to your point of view…”

Today marks what would have been actor John Wayne’s 100th birthday.

The man born in 1907 as Marion Robert Morrison was an actor whose films often reflected his personal view on politics and life in general. True, that’s not a rarity for Hollywood, if we take into account some of the leftist celluloid chowder that’s been served up in recent decades, but The Duke represented much of what gives today’s Tinseltown actor/activist the runs: Wayne was pro-America, pro-traditional values, pro-traditional roles and pro-family — ideals that are, in Hollywood these days, mocked more often than not.

John Wayne also backed wars, and didn’t just “support the troops,” but “supported the war” as well, as Wayne seemed to know the two aren’t mutually exclusive as today’s Hollywood seems to believe.

In the new millennium, Hollywood still puts out its share of war movies — the irony being that these often star, as the combat hero du jour, a feverishly anti-war, anti-gun actor who had to be tutored as to which was the working end of the rifle. My guess is that Wayne might have viewed it as hypocritical for an anti-war actor to rake in millions of dollars for portraying a war hero. Of course, The Duke lived during a Hollywood era when “war hero” wasn’t necessarily a laughable oxymoron. How silly we were back in the day.

A century after his birth, John Wayne may also have gotten a hearty, smoke-emitting chuckle from watching today’s Hollywood elites fire up a bunch of ozone-busting, greenhouse gas spewing tanks, half tracks, diesel trucks and Humvees to make a war movie — and then use the money they make to burn tens of thousands of gallons of jet fuel to fly halfway around the world to rallies led by anti-American dictators, spiral-eyed, hacky-sack-brained activists and the types of people who thought Jimmy Carter was a good president, where they blame planetary ills, both real and imagined, on your Chevy Tahoe and hairspray.

Yes, there are still Hollywood actors who embrace traditional American values in both their personal lives and in film, but finding one is about as rare as spotting an psychiatric drugs in Tom Cruise’s medicine cabinet. The preceding comparison is valid in that I wish both were far more common.

Will we ever see the likes of John Wayne again? The Duke was once, arguably, the most famous actor in the world. Today’s most famous are, to a great degree, limo-libs who campaign on behalf of the political candidate who is going to raise our taxes the most, and then, right after the election, head halfway around the world to take tax-exile junkets to their vacation homes on the French Riviera.

Again, John Wayne would have laughed.

It’s not so much the John Wayne attitude that I miss coming from Hollywood as much as the demand for men such as John Wayne from the public. Maybe the demand is still there, incubating, waiting for another John Wayne, if there is one, to emerge and embrace with great zeal. Not today.

So often though it seems as if we’re making today’s actors, directors and producers rich for insulting us, and if one does stray from the script of “progressive” behavior, they are ostracized. There are no doubt many in Hollywood who feel that by coming out as anti-communist (as John Wayne did) or anti-socialist or anti-terrorist, they’d be accused of giving Joe McCarthy a post-mortem totalitarian erection, so they turn in a different direction and suppress any urge they might have to let their Duke-ness show.

Hollywood as it exists today displays a kind of McCarthyism in reverse, where any traditional view of what constitutes “American” is placed in a formaldehyde jar for careful dissection before being thrown out of the casting office and back to “flyover country” where it belongs.

Of course, the heyday of John Wayne was back when Hollywood was proud to be long on demonstrating to the planet why the United States was a world leader, and short on apologizing for it.

John Wayne, where are you?

I liked him and enjoy his movies.

"Sure I wave the American flag. Do you know a better flag to wave? Sure I love my country with all her faults. I'm not ashamed of that, never have been, never will be."

Lenny Bruce had the same criticism of the Left.

Here's the trend: It's been chic for a long time for liberals to identify with Stevenson and hate Nixon, for example. But how liberal are they if they can't be liberal with Nixon? Truth comes to all of us at different degrees and levels; those we love and those we hate are actually a part of us. Every reader knows, if he searches his soul, that he is part McCarthy, part Stevenson, part Krushchev, every antithesis combined. And, knowing this, you will hate sometimes. I will hate, have hated, and will continue hating. But I have come to the realization that I am certainly not superior to those I hate.

The Violent Liberals by Lenny Bruce (collected in The Almost Unpublished Lenny Bruce)
6 posted on 05/26/2007 5:44:45 PM PDT by weegee (Libs want us to learn to live with terrorism, but if a gun is used they want to rewrite the Const.)
[ Post Reply | Private Reply | To 1 | View Replies]
To: Nasty McPhilthy

John Wayne is on AMC right now in the “The Quiet Man”, one of my all time favorites!

I dont go to the theater any more. There is nothing worth seeing.

Watching Tom Cruise a 5’6” Simpleton try to play a hero just doesnt get it for me.

“John Wayne is on AMC right now in the “The Quiet Man”, one of my all time favorites!”

Does that include The Quiet Man?

100 hours of John Wayne films on the Western Channel now.

What do you think is the Duke’s best movie? “The Searchers”?

Which channel is that?

Where is John Wayne? He is on a couple of different movie channels on cable this week!!! Have had most all his greats on there. “In Harms Way” is one of my all time faves. “Quiet Man” is on right now.

The Man Who Shot Liberty Valance.

The Searchers is in the top five.

Good movie! There are so many that he made. Another one of my favorites that I remember seeing as a kid at the theater was the “High and the Mighty”. I’m glad that Turner Classics has been showing it lately.

John Wayne was a unique human being. I even loved him in the two “I Love Lucy” episodes he appeared in! 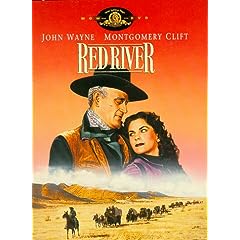 Yes, it’s hard to choose. I’m awful fond of Eldorado and The Sons of Katie Elder.