I am referring, of course, to the real Attorneygate scandal -- the one that occurred in 1993 -- and to the 1993 bombing of the World Trade Center.

Many readers -- especially younger ones -- may be perplexed. Some may be unaware that the Attorneygate scandal and the World Trade Center bombing even had 1993 predecessors. But they did.

Could these two facts be related? Let's look at the timeline.

January 21, 1993: Bill Clinton is inaugurated President of the United States.

February 26, 1993: A team of Muslim jihadists detonates a truck bomb in an underground garage beneath the north tower of the World Trade Center. The bomb contains more than half a ton of urea nitrate plus a large quantity of deadly hydrogen cyanide. The terrorists plan to undermine the north tower, causing it to fall against the south tower, killing tens of thousands of people, and flooding the area with poisonous hydrogen cyanide gas. (1) Fortunately the plan goes awry. The bomb fails to knock over the north tower, and the poison gas vaporizes in the blast. All the same, thousands of people are injured and six killed.

February 26, 1993: New York Governor Mario Cuomo tells Larry King Live, "[N]ever in my lifetime . . . has this ever happened in the United States. No foreign people or force has ever done this to us. Until now, we were invulnerable." (2)

February 28, 1993: Incredibly, only two days after the World Trade Center attack, federal agents lay siege to the Mount Carmel Center -- a communal living compound of the Branch Davidian religious sect, located near Waco, Texas. On the pretext that sect leader David Koresh had violated weapons laws, federal agents besiege the compound for 51 days. The stand-off ends in slaughter when agents storm the compound. About 80 men, women and children die in the attack, many of them burned alive by a fire of uncertain origin.

March 1, 1993: As the Waco siege gets underway, President Bill Clinton repeatedly downplays the World Trade Center attack in public statements. He purposefully avoids visiting the bomb site. "I would discourage the American people from overreacting to this [the World Trade Center bombing]," he says on March 1. (3)

March 1, 1993: Three days after the World Trade Center bombing -- and one day after the Waco siege begins -- New York State Governor Mario Cuomo has an apparent change of heart. Where before he seemed emotionally overwhelmed by the attack, he now echoes Bill Clinton in downplaying the importance of the World Trade Center bombing. In a March 1 interview on NBC-TV, Cuomo enunciates what will soon become the official Democratic Party line on terrorism; that the real terror threat comes from violent Americans, not violent foreigners. Cuomo tells NBC that, "Americans killing one another with guns" is our nation's biggest security threat. "We're more threatened by ourselves than we are by foreign terrorists," he says. "... We're still the most violent place in the world, not because they do it to us, but because we do it to ourselves. Terrorism is hardly the problem that the instinct for violence and the refusal to acknowledge it ... is to us internally." (4)

March 13, 1993: Janet Reno is sworn in as Attorney General of the United States. In keeping with the new Clinton policy, Reno downplays the threat of foreign terror and states that her top priority will be the protection of abortion clinics from violence. (5)

March 31, 1993: Mary Jo White is nominated to replace Otto G. Obermaier as U.S. Attorney for New York's Southern District. Commenting upon her appointment, The New York Times notes, "The office's biggest pending case is the prosecution of the men who have been accused of bombing the World Trade Center last month." (7)

Unfortunately, Mary Jo White ended up shirking her obligation to the American people. Acting in concert with Janet Reno, she played a key role in obstructing the FBI's investigation of the World Trade Center bombing.

So says terror expert Laurie Mylroie, a former advisor to President Clinton. In her book The War Against America, Mylroie notes that New York FBI chief James Fox, who headed the investigation of the 1993 World Trade Center bombing, strongly suspected Iraqi involvement in the plot, and said so publicly to reporters. Mylroie writes:

"Fox pointed them [journalists] toward Iraqi involvement in the bombing. But it was not long before he got a call from Mary Jo White, who headed the Office of the U.S. Attorney in New York. White was in charge of the prosecutions in the bombing conspiracies, and she asked Fox to stop speaking with the media. Fox remarked to me, `Boy, does she not want state sponsorship addressed.'" (8)

In the end, U.S. Attorney White convicted a handful of low-level terrorists and declared the case closed. The possibility that Iraq or any other foreign government might have taken part in the attack was never seriously considered or investigated. Nevertheless, to this day, many terror experts -- including former CIA director James Woolsey -- believe that James Fox was on the right track, and that the true puppetmasters behind the 1993 World Trade Center bombing got off scot-free. (9)

Please let me know if you want ON or OFF of my Hillary ping list.

Richard, thanks for posting this; and you’re right, plenty of people, even on FR, don’t know the REAL facts about what happened back then.

Thanks for the ping. BTTT.

Nice fireworks Richard...its amazing the info from the 1993 attack as well as TWA 800 that makes things make so much sense now.

The pattern of attacks by Al Qeada is pretty clear, regardless of country...they attack after any major change in power. Democrat or republican, it does not matter, so in 2008-2009 we should be on alert for anything IMO.

If fact it was your book that led me to Free Republic after I read the forward by Jim Robinson.

Therefore I owe you for more than just a great book!

Thank you for the ping(s). I can use all the material I can get to deal with the ignorant masses here in NJ.

Yes, I did write that book. Thank you for buying it!

WOW...I have bookmarked this.

Great research..and I am not surprised at what you found.

Thank you for all of your hard work.

WOW, and I thought I was just being popular, lol!

That wasn’t just a plug for a book because you post here, It was a great read that everyone should buy. 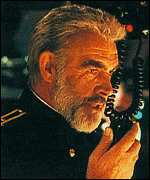