...It was one of the more irony-laden incidents in the history of celebrity social scientists. While in Sweden to receive a $50,000 academic prize as political science professor of the year, Harvard’s Robert D. Putnam, a former Carter administration official who made his reputation writing about the decline of social trust in America in his bestseller Bowling Alone, confessed to Financial Times columnist John Lloyd that his latest research discovery—that ethnic diversity decreases trust and co-operation in communities—was so explosive that for the last half decade he hadn’t dared announce it “until he could develop proposals to compensate for the negative effects of diversity, saying it ‘would have been irresponsible to publish without that.’”

In a column headlined “Harvard study paints bleak picture of ethnic diversity,” Lloyd summarized the results of the largest study ever of “civic engagement,” a survey of 26,200 people in 40 American communities:

As if to prove his own point that diversity creates minefields of mistrust, Putnam later protested to the Harvard Crimson that the Financial Times essay left him feeling betrayed, calling it “by two degrees of magnitude, the worst experience I have ever had with the media.” To Putnam’s horror, hundreds of “racists and anti-immigrant activists” sent him e-mails congratulating him for finally coming clean about findings

TOPICS: Culture/Society; Editorial
KEYWORDS: multiculturalism; multidivisiveness Navigation: use the links below to view more comments.
first 1-20, 21-34 next last
Iconoclastic and absolutely 180 degrees from politically correct view of multiculturalism, is the best summary of this article.
1 posted on 01/06/2007 7:19:15 AM PST by shrinkermd
[ Post Reply | Private Reply | View Replies]
To: shrinkermd

very similar to Arthur C. Brooks experience when he set out to research differences in charitable giving between conservatives and liberals, but he was honest enough to change.

"...One important aspect that Putnam ignores is the military’s relentless use of IQ tests. From 1992-2004, the military accepted almost no applicants for enlistment who scored below the 30th percentile on the Armed Forces Qualification Test. This eliminated within the ranks the majority of the IQ gap that causes so much discord in civilian America. Contra John Kerry, enlistees of all races averaged above the national mean in IQ: white recruits scored 107, Hispanics 103, and blacks 102.

"...Another untold story is the beneficial effect on race relations of the growth of Christian fundamentalism. Among soldiers and college football players, for instance, co-operation between the races is up due to an increased emphasis on a common transracial identity as Christians. According to military correspondent Robert D. Kaplan of The Atlantic, “The rise of Christian evangelicalism had helped stop the indiscipline of the Vietnam-era Army.” And that has helped build bridges among the races. Military sociologists Charles C. Moskos and John Sibley Butler wrote in All That We Can Be: Black Leadership and Racial Integration the Army Way, “Perhaps the most vivid example of the ‘blackening’ of enlisted culture is seen in religion. Black Pentecostal congregations have also begun to influence the style of worship in mainstream Protestant services in post chapels. Sunday worship in the Army finds both the congregation and the spirit of the service racially integrated.”

As long as he makes the distinction between cultural diversity and people group (racial) diversity. 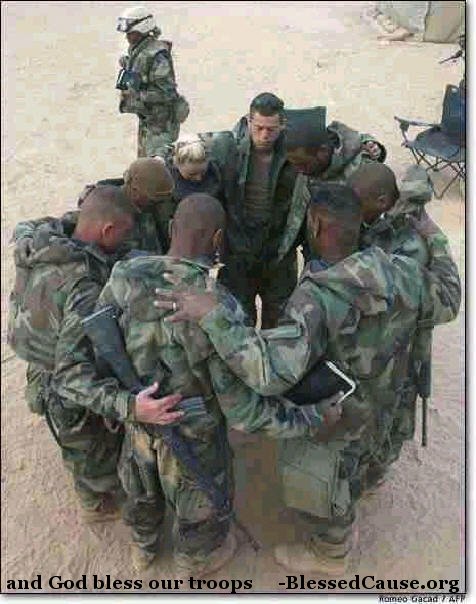 just got through the whole thing; re: the Christian Fundamentalist piece, I would bet as a nation we could get by with the "civic generation's" "In God We Trust, or the Declaration's "Divine Providence.""

theres different rules on the battlefield - were talking about communities

Good article, if somewhat flabby (too long and broad).
We do need to get back to where we were, if we are to survive as a nation. Unfortunately we're unlikely to get there without a strong authoritarian government taking drastic measures, and that's never going to happen.
I am reminded of the story of Lot, who rather than commit inhospitality, offered the savages his virgin daughters to spare his guests.
But our guests are not angels...

All living things will segregate along any discernable line.

If you take a drive through a "diverse" community in my town it is pathetic. Security screens and bars on all the windows, big dogs in the yards.
I'd definitely call that a "lack of trust".

Amen. They come here to make more money (read sponge off America) but they keep their hatred alive and bring their primitive crap here.

We need to close the doors and lock them tight. Enough!

I know one thing, after being born and raised in Illinois and moving to North Carolina, the difference in race relations I saw down here was astounding. The south has much..much better race relations than the north but guys like Putnam would never study why because they are clueless about the real world.

"Diversity" being the opposite of "commonality", cultural diversity reduces "community" to a geographic designation.

Government spending makes things worse by picking winners and losers. They are both jobs programs for the politically active and social programs for the poor. The winners are organized in political parties and unions. They cop the attitude, "I got mine, now you get yours". While the rank and file feel as if they are victims of the poor teachers, cops, and social workers who plague their lives and make them more miserable. That's why Sharpton can organize a protest against police brutality even when the cops are black.

Multiculturalism is nothing more than Divide and Conquer.

To the extent this is true [not just different] it is because, happy history or not, the populace shares a history. That makes them more apt to cooperate and to get along with each other. I have also found that southerners are quite willing to accept outsiders once they've shown that they do not intend to remain outsiders.

My favorite part of the article, however, had to do with the attempt at community organization.

A few years ago we held a neighborhood block party, just about every ethnicity in So Cal was involved. City blocked off the street and we had kids drawing chalk pictures and running RC cars all over the place.
Right up until the mexican families (2) who had not taken part despite being invited decided to move the street barriers and drive in and out repeatedly.

Thankfully, they departed fairly soon after and I have a good mexican-American neighbor.
Today the nonparticipants are filipino [second generation in US and by no measure needy].