Iran's Revolutionary Guards are training hundreds of Al Qaeda fighters to carry out attacks against coalition forces throughout the Middle East.

The Iranian government has been providing a safe haven for fighters loyal to Osama bin Laden's Al Qaeda terror group since they were forced to flee Afghanistan in late 2001. ...

The decision to allow Al Qaeda fighters to train in Iran was made by President Ahmadinejad as part of his policy of attempting to forge closer links with Mr. bin Laden's organization.

The training of Al Qaeda operatives is part of a wider Iranian ambition: to take control of the Al Qaeda terror network by encouraging it to promote officials known to be friendly to Tehran. ...

Last week, British military commanders based in Basra said Iran was sustaining the insurgency against British and American forces by supplying terrorist groups with weapons and cash.

"From the evidence we have seen, Iran's links to Al Qaeda go far deeper than simply supplying them with equipment," a senior Western intelligence official said. ...

Recent intelligence reports from Iran suggest the Iranians are particularly keen to promote Saif-al-Adel, a notorious Al Qaeda operative who is wanted in America for his alleged role in training several of the September 11, 2001, hijackers.

Mr. Adel, 46, a former colonel in Egypt's special forces who joined Al Qaeda after fighting with the mujahedeen against Soviet forces in Afghanistan in the 1980s, was named in the FBI's list of 22 most wanted terrorists that was issued after the September 11 attacks.

He is also alleged to have been involved in the deaths of 18 American soldiers in Somalia in 1993 and the truck bomb attacks on the American embassies in Kenya and Tanzania in 1998.

Take off the gloves and show them what we can do!

This is why Iraqi-centric solutions such as adding more troops will be insufficient. The key is Iran.

But, but don't the sunnis and the shiites hate each other? Yes, they slaughter each other on a daily basis but will band together to destroy the "Great Satan". Best example of this is a.q. kahn selling nuke stuff to iran.

We have no business involving ourselves in any war where we are unwilling to use all our capabilities to destroy our enemies. It shows weakness and is an affront to our troops.

Recently, I watched an interview of with a Shiite who said he was married to a Sunni (or vise versa), and that was quite common. This was on the subject: breaking up Iraq into separate "states". This solution was laid on the table by outsiders and not the Iraqi people, he stated; and, therefore, did not see how this plan could ever be successfully implemented.

Iran is the mutant child of the cold war.

Yes, what's with our half-hearted response to WWIII.

They are more emboldened every day they breathe, we are not killing enough of our enemies fast enough.

Cannot fight a war this way. If Bush's rhetorc meant anything, Iran would be a serious military target. Instead, we are letting them train terrorists and kill our troops. I'm sorry to say how disappointed I am, but Rumsfeld and Cheney were marginalized and Condi Rice is doing the UN circuit. Meanwhile, our soldiers are in a real war.

Iran is Jimmy Carter's child, he hated the Shah and sped him on his way. Only in later years do we see how much Jimmy Carter truly hated the U.S. role in the World.

For every attack we should level a stronghold with MOABs. I paid for them, I want them used.

someone will be along soon to post the obligatory nuke
explosions...

18 posted on 11/21/2006 9:27:42 PM PST by rahbert
[ Post Reply | Private Reply | To 16 | View Replies]
To: Tailgunner Joe
Assuming the NY Sun can confirm this story with "western intelligence," what are our "protectors" thinking? It is the charge of the Executive and Congress to protect us from all enemies both foreign and domestic. Surely, a nation that threatens us in the manner that Iran continues to do, is worthy of a preemptive strike? What do we do, wait until Iran strikes first killing thousands more in this "war on terror?"

Iran was named long ago as one of the three evils. Iran continues to threaten the US with nuclear power, and if this article is to be believed, Iran is currently involved in the training of terrorists to kill US troops.

What is the threshold? 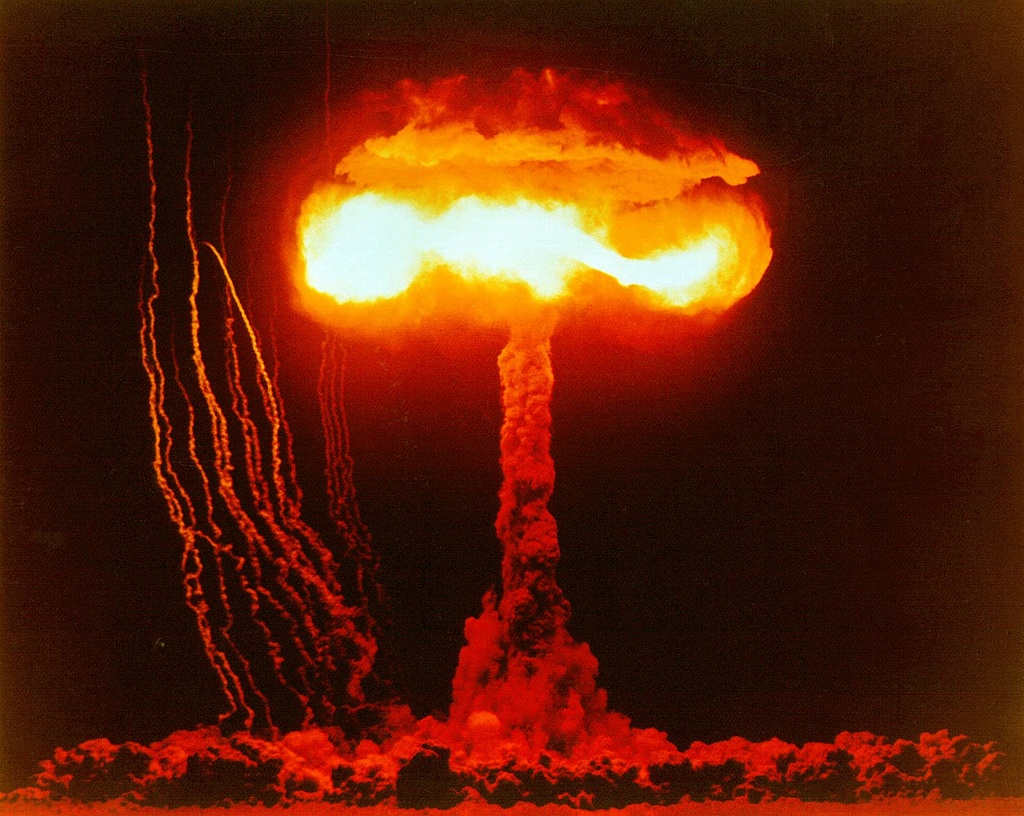