Oh, The Mistakes We Made

NEW YORK -- At the beginning of September, Time magazine gave over a big chunk of its space to a British historian, Niall Ferguson, to try to make sense of what happened in the United States after Sept. 11, 2001. He wrote looking back, as if it were the year 2031.

It was an interesting idea and a smart enough piece, but confusing. The "looking back" device did not work very well. A reader had to keep looking back to figure out whether Ferguson was talking about 2031, 2006 or 2001. Luckily, one of those readers, a Canadian named Robert Malcolmson, caught the most interesting part of Ferguson's arguments in a single paragraph, published as a letter to the editor in the magazine's current issue. This is what Malcolmson said:

"'No question, 9/11 was an act of war,' said Ferguson. Actually, 9/11 was mass murder, and it should have been treated as mainly a challenge for the police and intelligence services. Interpreting the 9/11 attacks as an act of war demanding military reprisal has only helped up the ante of violence throughout the world."

In other words, declaring "War on Terror" was a mistake. A big one. Hurt and angry, we overreacted to 9/11. Leaving aside, for the moment, the invasion of Iraq, which history, in 2031 or 2131, is likely to judge as one of the stupidest presidential decisions of all time, we would have been wiser to treat 9/11 as a crime rather than an attack.

I did not think at the time that declaring undeclared war in 2001 was a mistake. That day in September, I was just another guy trying to get into Manhattan to find my family. It was impossible. If someone had asked me then, as I sat in a 50-mile-long line of stopped cars, I might have been for using nuclear weapons to retaliate. But the history of the past five years has persuaded me that we should have concentrated our power and money, whatever it took, to find the people who did it and treat them as common criminals of the worst kind.

Instead, we fell into a well-laid trap: We declared war on Islam. We did exactly what the terrorists wanted. Osama bin Laden and his ilk were dedicated to re-starting the Crusades, hoping to provoke a running war between the evangelical modernity of the West and the more zealous faith of many, millions, of Muslims. And they did it, helped by our righteous anger.

I don't just mean that we are losing in Iraq. Personally, I don't think it matters whether we leave that sad country today or in 10 years. We have been defeated there by our own arrogance and ignorance. Whatever one thinks of his political skills now, John Kerry, the young Navy lieutenant in Vietnam, asked the right question 40 years ago: "How do you ask a man to be the last man to die for a mistake?"

Iraq was a mistake. Part of you dies when you see one of our own young (to say nothing of Iraqis of all ages) blown up in a place they don't understand and where they cannot prevail. Even if we sent hundreds of thousands more troops there, it would make no long-term difference. We are occupiers and we will leave one day. When we do, the people who have been there for centuries and will be there forever will make it together or continue to kill together. It is their choice. Perhaps we can postpone things; perhaps we can make them a little better or a lot worse; but we can't save Iraqis from themselves.

The same is true in Afghanistan. I think we might have been able to catch or destroy the evildoers in the early going there, but staying there now won't save Afghans from themselves, either. We are trying to re-create what was never there. What we call Afghanistan is not a country; it is a collection of tribes and violent warlords and smugglers in a very old no-man's-land.

You don't need to read national intelligence estimates to know what is happening. Read Rudyard Kipling:

"When you're wounded and left on Afghanistan's plains,

"And the women come out to cut up what remains,

"Jest roll to your rifle and blow out your brains

Or, get out of there before it's too late.

TOPICS: Editorial; News/Current Events
KEYWORDS: gorelickswall Navigation: use the links below to view more comments.
first 1-20, 21-40, 41-60, 61 next last
We will never forget. 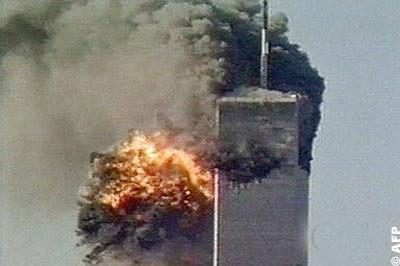 This clown sounds like pat buchanan on a bad day.

This person seems to have forgotten that the terrorists declared war on us before we took the fight to them.

OK...where was the barf alert?

So, Mr. Reeves, we should've simply filed a request for extradition of bin Laden with the Taliban...and that would've solved the whole problem?

Well, silly us. Why didn't we see that at the time?

7 posted on 10/01/2006 4:03:19 PM PDT by okie01 (The Mainstream Media: IGNORANCE ON PARADE)
[ Post Reply | Private Reply | To 1 | View Replies]
To: Mr. Brightside
In this same latest TIME edition, all of the letters to the editor were American-bashing, lamenting-the-squandering-of-goodwill whine fests from foreign readers. One opined that if we had just given lots more money to prop up Islamic economies, it would have been much better than to use violence. Another lectured about US arrogance and of course Muslims would be mad at us. Some American whiner waxed rhapsodic about "what our country could have become, 5 years after 9/11" if only we had become pacifist appeasers.

I guess we can see who reads TIME, and where they live. Rome, Brussels, Switzerland etc.

No, Richard, we did not declare war on Islam. Bush bent over so far backwards to kiss Islamic yurt that an emboldened Islam decided to declare war on the soft infidels.

Our declaring war wasn't the problem. The failure to actually wage one that involved sacrifice beyond the price of gasoline was the mistake.

It is always a temptation to an armed and agile nation
To call upon a neighbour and to say:--
"We invaded you last night--we are quite prepared to fight,
Unless you pay us cash to go away."
And that is called asking for Dane-geld,
And the people who ask it explain
That you've only to pay 'em the Dane-geld
And then you'll get rid of the Dane!
It is always a temptation to a rich and lazy nation,
To puff and look important and to say:--
"Though we know we should defeat you, we have not the time to meet you.
We will therefore pay you cash to go away."
And that is called paying the Dane-geld;
But we've proved it again and again,
That if once you have paid him the Dane-geld
You never get rid of the Dane.
It is wrong to put temptation in the path of any nation,
For fear they should succumb and go astray;
So when you are requested to pay up or be molested,
You will find it better policy to say:--
"We never pay any-one Dane-geld,
Nor matter how trifling the cost;
For the end of that game is oppression and shame,
And the nation that plays it is lost!"

Declaring war after THIS was a MISTAKE?!

Islam declared war on western civilization decades ago, and idiots like Ferguson and Reeves still think that we can give them an economic hug and make them love us.

The fool wants us all to submit without objection.

His part of the quote is 'No question, 9/11 was an act of war,' ....the rest of the sentence is from the lefty numbnut quoting him.

Ferguson is on OUR side.

18 posted on 10/01/2006 4:16:39 PM PDT by Kakaze (Exterminate Islamofacism and Apologize for nothing.....except not doing it sooner!)
[ Post Reply | Private Reply | To 10 | View Replies]
To: okie01
So, Mr. Reeves, we should've simply filed a request for extradition of bin Laden with the Taliban...and that would've solved the whole problem?

Well, silly us. Why didn't we see that at the time?

We did. Strangely enough, they weren't willing, then were, then lost the country.

But let's give Mr. Reeves' plan the benefit of the doubt. What would have happened had we treated 9/11 as a police investigation.. Oh, dang it, we did, and really, still are.

But really, his point is that we've declared war on Islam, which is why we're blowing Indonesia to piece.. Oh, we aren't. Well, we're treating every other Muslim nation as our enemy.. Well, no, we're not doing that either. Afghanistan, we helped cause a revolution to overthrow the Taliban but didn't remove the Islamic form of government. And Iraq was anything but an Islamic nation, probably the most secular population in the middle east.

Actually, the entire rewriting of history by the liberals to imply certain actions falls apart with the slightest glance at what's happening. Whoops. Seems like it's just like all those 'plans' that liberals have that they talk about but never explain...

The real truth here is that they try to spin everything into a holy war, just like the Islamofacists try to do the same thing. The liberals want this to be a war about religion. It's not.

No, this idiot sounds just like Clinton who did treat all terrorists as simple criminals, and sent the FBI looking for them in vain. He certainly stopped our spy agencies from sharing information about terrorists. I think he would have done the same had he been in charge on 9/11 and the terrorists would have attacked us again and again.