The top deputy to then-Attorney General John Ashcroft refused two years ago to approve important parts of the secret program that allows domestic eavesdropping without warrants, prompting two leading White House aides to try to win the needed approval from Mr. Ashcroft himself while he was hospitalized after a gall bladder operation, according to officials knowledgeable about the episode.

With Mr. Ashcroft recuperating from gall bladder surgery in March 2004, his deputy, James B. Comey, who was then acting as attorney general, was unwilling to give his certification to crucial aspects of the classified program, as required under the procedures set up by the White House, said the officials, who asked for anonymity because the program is classified and they are not authorized to discuss it publicly.

That prompted two of President Bush's top aides - Andrew H. Card Jr., his chief of staff, and Alberto R. Gonzales, then White House counsel and now the attorney general - to make an emergency visit to George Washington University Hospital to review the program with Mr. Ashcroft during what aides have described as a difficult recovery, the officials said.

The White House and Mr. Ashcroft, through spokesmen, declined to comment Saturday on the emergency meeting. "As the president has stated, the intelligence activities that have been under way to prevent future terrorist attacks have been approved at the highest levels of the Justice Department," said Jeannie Mamo, a White House spokeswoman.

Accounts from other officials differed as to exactly what was said at the meeting at the hospital. Some officials indicated that Mr. Ashcroft, like his deputy, was also reluctant to give his signoff to continuing with aspects of the program in light of concerns among some senior government officials about the program's legality and its operational controls.

2 posted on 12/31/2005 7:29:53 PM PST by golfisnr1 (Democrats are like roaches, hard to get rid of.>)
[ Post Reply | Private Reply | To 1 | View Replies]
To: nj26
James B. Comey, who was then acting as attorney general, was unwilling to give his certification to crucial aspects of the classified program, as required under the procedures set up by the White House

the officials, who asked for anonymity because the program is classified and they are not authorized to discuss it publicly.


In which case they have broken the law!

I'm sorry, but what's the point of this article again?

Risen is at it again

Story doesn't make any sense. First they say Bush has been doing this for 4 years with approval of Justice Dept. So Bush had already been given Ok by Ashcroft and Comey long before his gall bladder surgery.

Why would you keep asking for the same thing you already have approved over and over again?

Enjoy it while you can boys. The Feds have your number and they're gonna be calling you up.

Actually, I think it's the Justice department leakers who are headed to prison... disclosing the information to the media is the crime, not printing it.

Blah blah blah. Who cares what the former "paper of record" says about anything?
I mean, you just can't believe them.

That's going to narrow down the search, now isn't it? How many people could have known about this story? Not very many. Which makes it increasingly likely that the leaker is a senior member of the government, and not a low or mid level analyst or agent.

Will these guys give them up though?

What a stupid article. As if the Times is sympathetic to Ashcroft, whom they hated for 4 years.

This is an excerpt of what chapter of Risen's book.....? 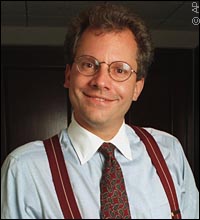 The "New York Times" is not some monolithic faceless alien oracle.

It is run by this homosexual, Arthur Sulzberger Jr. and his cadre of socialist crook propagandists from NYC's 42nd st.

Sulzberger is an enemy of the state and should be surveilled and brought up on charges of sedition.

Cool. More buddies for the other leakers to play a deck of cards with in a jail cell.

And since when did the NYT's like Ashcroft? LOL!! Next to G.W.B. he was first on their hit list. Even above Cheney and Rummy. Now they are trying to paint him as the conscience of the administration? I loved Ashcroft, don't get me wrong, I wish he was still there, but I find it laughable the NYT's is now trying to paint him as the methodical conscience of the administration that sought to restrain the tyrannical G.W.B and Al Gonzales. Especially when they used to be such fans of Al!

Oh, and buried in the article is this...

it was the Justice Department that oversaw an audit conducted on the program. The audit examined a selection of cases to see how the N.S.A. went about determining that it had probable cause to believe that someone in the United States, including American citizens, had sufficient ties to Al Qaeda to justify the extraordinary step of eavesdropping on their phone calls and e-mail messages without a court warrant. That review is not known to have found any instances of documented abuses.

Yeah, I like how they toss that right in the middle in hopes people miss this admission. Doesn't quote sqaure with the perception that the administration gets its kicks spying on our grandmother's recipe exchanges they've tried to convey.

I hope the phones of all the communist faggots that run the NYT are being tapped.

Which Twin has the Toni?