Hey, it isn't just Mother Sheehan getting the star treatment from the glossy mags of the glitterati.

Heroes of the Hurricane: Katrina Saviors
Malik Rahim, 58 — The Organizer

A week after Katrina hit, the Algiers section of New Orleans was in shambles. Hardly any food or water or ice, on the brink of race riots, grim. Help wasn’t coming, and Malik Rahim and the Common Ground Collective he co-founded weren’t going to sit by and watch as their community fell apart. So they went door-to-door asking what they could do to help. They took out trash, delivered food, collected medical supplies. Over the next month and a half, they grew into a full-time organization with more than 200 volunteers who have serviced 15,000 people so far, including 3,000 at a mosque that Common Ground converted into a health clinic. Rahim knows the collective’s work has just begun. “New Orleans has long been a gumbo of separate ingredients,” he says, “but I believe we’ve been given the chance to mix it together and make a bigger, better pot this time around.”

Never mind that there is no evidence whatsoever of our hero Rahim doing any of the things he now claims to have done. (Though he and his merry band of "anarchists" are suspected of stealing Red Cross supplies.)

But we do know that Rahim wasn't pilfering donated supplies he did his level best to start a race war. The internet is still rancid with his many claims that most of the dead in his part of New Orleans were innocent blacks shot by whitey:

Of course as the rest of the article and his other pronouncements make clear, Malik means white police and redneck Texan vigilantes.

But what's not to celebrate about a race-baiting poverty pimp scam artist getting some national recognition as a hero?

Race Baiters On The March

Is that an earphone on his head or Nacy Pelosi's pudenda?

He's certainly Heineken's Man of the Year. It's All About the Beer indeed.

That guy was just stealing beer. He's a piker compared to our hero Rahim.

No flooding! Gosh, I really feel silly. I thought there was a flood.


So what you're saying is that if I want to get into the UCLA/USC grad program for film, I just need to murder a bunch of people and build my street gang?

Looked like he made sure he had taken care of himself before all others and was sitting on his ass.

I know that the outlying areas are doing very well because I have family from around the area. I think that the city will shift westward. I lived in Harvey and Kenner for a while.

From your article: "“You can see the maggots eating his corpse up,” he said. “It’s been 12 days out in this hot sun, and they won’t move him. There’s no reason for this. It’s just blatant neglect. If it was a white guy, this would have been up."

My question is: If there's a dead body laying on the ground for 12 days WHY DON'T YOU BURY THE DAMNED BODY YOURSELF???"

If the late Mr. Williams had been reprieved and clemencied right out of prison he would have been a full professor with tenure within a year.That is real shame of the execution. Generations of undergrads will now be denied his wisdom and erudition.

"My question is: If there's a dead body laying on the ground for 12 days WHY DON'T YOU BURY THE DAMNED BODY YOURSELF???"

That's the whole wonderful joke of it all. This assclown has made a career out of demanding that people do things for him and his people.

He lived in a non-flooded area of NO during Katrina. At most the power was off for a couple of days. But he pretends to have lived through the Holocaust.

He milked this alleged dead body he found for all it was worth, going on every anti-American news outlet he could find with the same story.

He was too busy complaining to do anything useful like actually cover up the body.

But the media loves to hold people up like this. They believe his preposterous statistics.

His "clinic" "treated" 3,000? Pretty neat since they didn't have one damn licensed medical pratictioner. Just a couple "anarchist medics."

They handed out toothbrushes in ziplock bags. (Again, these people were in their homes with running water. Why would they need this?)

It was just a scam. This guy has been trying this for thirty years:

In this fairy tale, whilst a young Black Panther in NO, Rahim reduced crime to zero, fed 300 children a day, and discovered Sickle Cell anemia.

But it’s clear that Rahim has always been a pathological liar. It’s kind of fascinating to see how he still trots out the same kind of lies after all these years.

That's all they do. They can't be bothered to do a damn thing for themselves or anyone else. 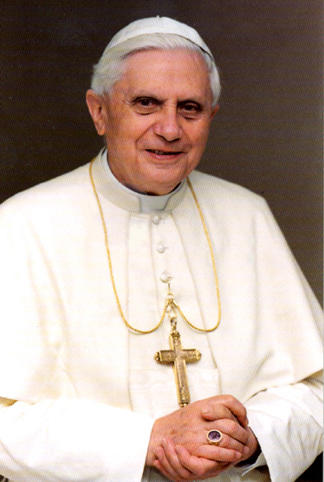 I'm surprised at GQ. After all, this guy is a MUCH snappier dresser...