LOS ANGELES, California (AP) -- The astronomers who claim to have discovered the 10th planet in the Earth's solar system have made another intriguing announcement: it has a moon.

While observing the new, so-called planet from Hawaii last month, a team of astronomers led by Michael Brown of the California Institute of Technology spotted a faint object trailing next to it. Because it was moving, astronomers ruled it was a moon and not a background star, which is stationary.

The moon discovery is important because it can help scientists determine the new planet's mass. In July, Brown announced the discovery of an icy, rocky object larger than Pluto in the Kuiper Belt, a disc of icy bodies beyond Neptune. Brown labeled the object a planet and nicknamed it Xena after the lead character in the former TV series "Xena: Warrior Princess."

By determining the moon's distance and orbit around Xena, scientists can calculate how heavy Xena is. For example, the faster a moon goes around a planet, the more massive a planet is.

I've discovered a dork and I'm nicknaming him "Bozo", after the clown. 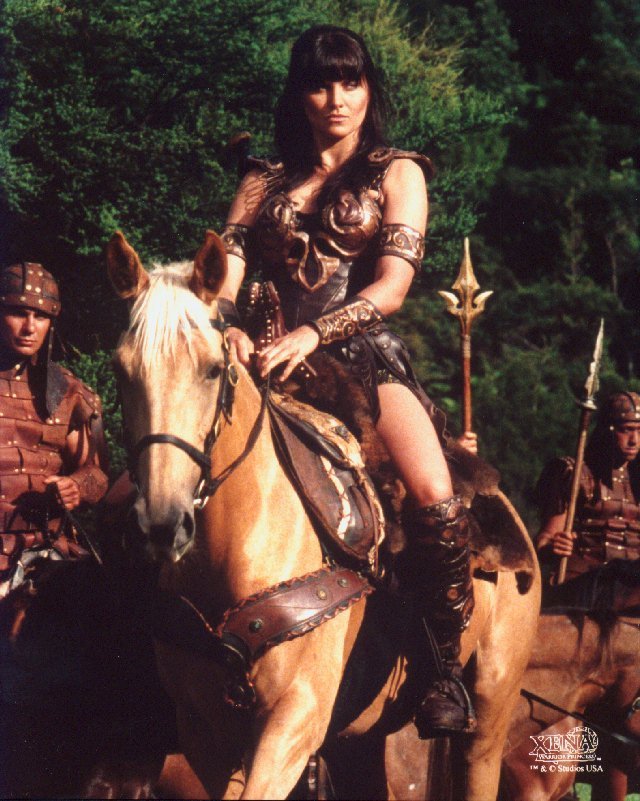 The new planets sponsors for this night will be the WB Television Network and the number 10.

Actually, they have discovered the mother ship in its loiter stage before it comes to Earth.

LOL. Beat me to it. They'll have to name the moon after that blonde girlfriend of Xena.

I believe the the current term is "longtime companion"...