That’s why troubling questions keep coming to mind: How stupid do they think we are? Don’t they realize they are creating more suspicion, not less? Why do Bush people keep protecting Clinton people from public scrutiny?

For a life-long conservative Republican and Bush voter in 2000 and 2004 like yours truly, that last question is especially galling. It was bad enough early in Bush’s first term when he signed an executive order keeping the truth about Bill Clinton’s midnight pardon spree behind closed doors. I swallowed hard and accepted the White House’s executive privilege claim on that one.

But the Able Danger hearing capped a long series of troubling decisions that tortured credulity such as Bush increasing federal spending twice as fast as Clinton, expanding entitlements at a pace only Lyndon Johnson could match, signing a campaign finance law that limits political speech and refusing to veto even the most outrageous examples of congressional pork barreling.

The last straw came the day before William Dugan, an assistant to Defense Secretary Donald Rumsfeld said to the Senate panel “I don’t know” when asked if Able Danger had identified Atta. That’s when the Pentagon barred testimony by the five officials who have said they worked on the program and recall seeing the terrorist’s name on a chart during the Clinton administration.

I really hate to say it, but while CFR annoyed the hell out of me, the gigantic pentagon coverup that extends two 'parties' is really worrisome.

Yeah it looks to me as if the Bush admin is covering up for the Clintonistas....I guess he thinks if the Hildabeast wins in '08 he will get the same treatment.

3 posted on 09/24/2005 10:33:13 PM PDT by trubluolyguy (I am conservative. That is NOT the same thing as Republican. Don't place party over principle.)
[ Post Reply | Private Reply | To 1 | View Replies]
To: vadkins
In other words, the Ruling Political Class is protecting itself.

regardless of party affiliation, DC'ers will always take care of each other. It's why Bush didn't go after Clinton etc. Only one think that is out of whack is that Clinton has been going to town against Bush and Bush has been too much of a pussy to retaliate.

Sorry guys, the GOP no stands for Grand ol' Pretenders. The era of big government is here to stay.

As bad as I hate to say it, I do agree with you.

i don't think that Bush plans on leaving office any time soon...i think that he will make sure that we are at war with Iran when his term runs out and exercise the whole sitting war time president angle. maybe then hand the office over to billary for a few more years and then back to jeb when the time comes...they could be in office for the next 20 years. I think Southpark stated it best as a choice between a douche bag and a $#* sandwich...for those of you that are fans of the show.

Sometimes means and methods need to be protected. 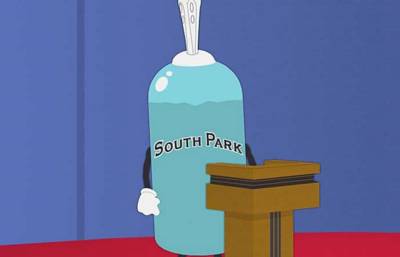 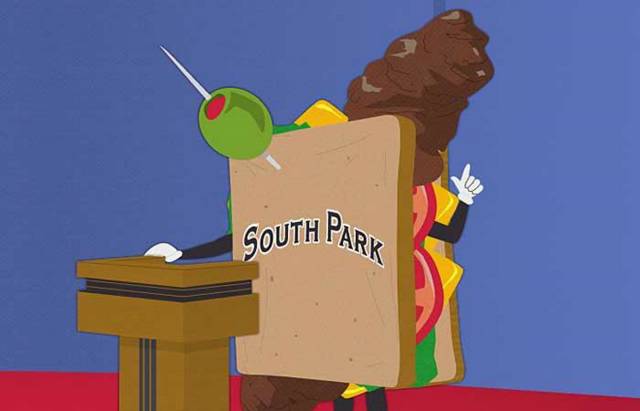 Add to this the Bushites' letting Sandy Berger get away with a minor fine for destroying original documents. The smell from this administration resembles that of a fetid New Orleans swamp.

They also refused to prosecute the Clintonistas who destroyed thousands of dollars worth of Federal property in the days before they left their little nest of criminality. Makes you wonder just what is in that FBI file filed away in Hillary's drawer...

If they let one fall they all will fall. The only thing that I can think of is that there is as much dirt on Bush as
there is on Clinton and so on. New tone my a$$.

I suspect Bush is secretly a Big Government Democrat that's Pro-Life. That would 'splain a lot.

I take it you're not one of the folks fawning and drooling over at the "Day in the Life of President Bush" threads? (Secret handshake.)

I have my own suspicions (educated, but factually unsupported) that both political parties have some major "gotchas" in regard to 9/11 that we have not heard about, and will not hear about, due to "gentlemen's agreement". "Able Danger" may be one that wasn't supposed to see the light of day.

The attorney representing one of the Able Danger witnesses said that they had no information that would have led anyone to believe criminal activity had taken place or specific terrorist activities were being planned. I'm not sure where Weldon, who was part of the inept Congress that did little more than Clinton in response to terrorism, thinks he's going with this. So far he has demonstrated stove piping and the wall...something the 9/11 Commission already concluded.

This gang seems to be watching a lot more SouthPark than most of us want to know about.
As much as this resembles a TV cartoon show ,guys and girls, this is about real live politics which needs no exageration to seem outrageous when you think of it.
And forgive us our suspicions, but guys with names like yours are almost always political assasinns, Boggy.
Please don't take offense, but this is just another stereotypical Bush "Hit Piece".

Maybe, just maybe, allowing the shut down of Able Danger was the price that President Bush was forced to pay in order to gain access into Louisiana after Katrina.

We know the President was held off by Governor Blanco at every turn. Some have said it was her incompetence but maybe not. We also know that the State of Louisiana's Homeland Security (Gov Blanco) refused to allow the Red Cross & the Salvation Army in to give food and water to the evacuees, some of which were dying because of it. And while we were all watching!

Oh Yes! The MSM was busy beating us all into a frenzy showing the poor helpless people and drumming into our heads the shouts and cries from Mayor Nagin, Governor Blanco for help. Help from the Federal Government, Bush! Yet we know that behind the camera Governor Blanco was refusing to allow the President to act. Why?

Then when Governor Blanco does allow the President to come in and save the people, all of a sudden the media is blaming FEMA for a supposedly slow response. (None of us were dumb enough to believe that line of bull crap, we all know better! We know it was Blanco. They got her on tape.)

Maybe, just maybe, the price President Bush was told that he must pay before he could save the lives of the people held there in New Orleans at the Superdome & the Convention Center, (by their own Democratic State Government) was that he must go along with the shutting down of the investigation into Able Danger.

"As The Waters Rose"

but guys with names like yours are almost always political assasinns, Boggy.


Kind of an interesting thing to say, could you explain?