A year before the 9/11 attacks, Clinton administration lawyers told a group of military intelligence officers that information they had developed on 9/11 ringleader Mohamed Atta could not be shared with the FBI, saying of Atta himself: "You can't even touch him - it doesn't matter what information you have."

WELDON: In September of 2000 we tried on three occasions to take the information we had developed and pass it along to the FBI so they could follow up and take action against this [al-Qaida] cell and perhaps bring in Atta and question him and do whatever else was necessary. Three times we were turned down by lawyers in the administration.

HANNITY: We're talking about lawyers in the Clinton administration?

WELDON: Yes, it was the Clinton administration. Lawyers said there were two reasons why you can't do that. And they even put stickies over the face of Mohamed Atta on this chart they had. They said: "He's here legally. He's either got a green card or he's got a visa. So you can't even touch him - it doesn't matter what information you have." [END OF EXCERPT]

Moments later, Weldon said he was determined to find out who it was who ultimately gave the order to protect the lead 9/11 hijacker. 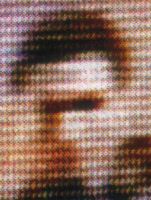 Something is very wrong somewhere.

This is stunning news. I'll bet it'll either be ignored by the MSM, or that Curt Weldon will be libeled by them. Thank goodness for the conservative media.

This has Clinton inadequancies written all over it!

I wanna know why the 9/11 commission did not interview GORELICK??? Why?

You reckon Bill left a time bomb behind? If Al won, he'd hand him the keys to defuse it, and if W won, he'd just leave it in place?

Clinton didn't want him because he was going after the vast right wing conspiracy.

i doubt that he would have told al... it would have been easier to slip the shrill in with an incompetent al

More Klintoon (that includes the Hildabeest) incompetence. I will truly despair of this country if the voters let that witch back into the White House. She should not even be in the Senate.

None of this is even on FOX's website. And of the 1/2% of the country that's even aware of what happened, how many give a damn?

It is so stunning it is hard to believe. Its hard enough to understand Gorelick's Chinese wall policy, but you can chalk that up to blind politics. Specific protection of an individual when there is known intelligence is just unbelievable. Was Atta that outstanding, or was he just one of a number being protected under this misguided principle?

I can even understand them covering up now, but stonewalling the FBI while Clinton was in office? It doesn't make sense--what if the plot had taken place a year earlier, before the election? That wouldn't have helped the Dems.

Watching Kristin Notsobreitweiser squirm last night on Hardboiled as David Gregory tried to pretend he wasn't a partisan hack was amusing, to say the least. The MSM is really having a hard time burying this one. Why? Because this one is very simple.

1) There was specific information as to who Atta was and who he worked for.

2) There was a wall that kept the information from being shared.

3) It was Jamie Goerelickmyass who put up that wall.

You probably already heard this but here's a FYI anyway.

It was on Fox's web site yesterday and they covered it, AGAIN, on Fox and Friends. It was also in the NY Times. It was discussed on Harboiled and the denials and defenses of the 9/11 commission were hysterical, to say the least. Stay tuned, this ain't going away.

President Clinton dropped the ball on the al-Qaeda front many times. This is just one instance.

the look on Clinton's face has NEVER been duplicated....to re see that video would show ya all something very bad was up...very bad.

Interesting because I too remember seeing a brief, candid video of the Clintons that has never left my memory, only this one was focussed on Hillary. I sure wish those video clips could be found, because, as they say, a picture is worth a thousand words. I'll never forget it.

It already is. The story is burred on A9 in the NY Slimes today.