There’s always been this notion the Libertarian Party is just full of Republicans who want to smoke pot. It’s one of the dumbest stereotypes out there because there’s so much more to libertarianism than people realize. Libertarians believe in a much smaller federal government than the GOP does, focusing on free trade vs. endless wars, and letting consenting adults do what they want to do in the bedroom. This isn’t stopping Republicans from pushing the entire, “A vote for Gary Johnson is a vote for Hillary Clinton,” claim. Even Larry O’Connor (who is a smart guy, and has a great taste in ties and cigars) falls into this fallacy.

Gary Johnson and William Weld were Republicans (more than just in name only) when they held public office. They embrace the small government ethos that drives much of the Republican principles (although not necessarily their actual legislative history) and the voters they tend to draw would find themselves more naturally in the GOP side of things come November 8.

They are obviously the “third party” option for center-right voters in America.

Nothing on the schedule. Is it any surprise? The Green Party is to the Democrats what the Libertarian Party is to the Republicans. If presidential candidate Jill Stein draws any votes (and at the moment they attract 3.5% of the vote which is enough to change things in certain critical states this November) she’ll be drawing them from voters who generally identify with the Dems.

Larry ends his piece with an ominous “you know why” when asking why CNN isn’t doing a Green Party town hall. Larry’s implication is that CNN will host a Libertarian town hall because they too believe that will harm Republicans, and that they do not want to damage Democrats by staging a Green Party town hall — and maybe that’s CNN’s intent, too. But that mistakes the trends of this cycle, and also disregards the differences in standing between the alternative parties that will be in play in this election.

There’s also the fact the Libertarian ticket of Gary Johnson and Bill Weld is actually taking more votes away from Clinton, than Trump. Nate Silver at FiveThirtyEight.com found this:

The majority of pollsters (12) have Clinton’s margin over Trump shrinking when at least one third-party candidate is included. The difference in margins, however, varies among pollsters, and a few, such as Ipsos, have Clinton’s lead rising by the tiniest of bits when at least Johnson is included. Overall, including third-party candidates takes about 1 percentage point away from Clinton’s margin, on average.

Johnson had a pretty good explanation why he’s taking votes from Clinton. Via Los Angeles Times:

Well I think that’s the social side of this. Choice. A woman’s right to choose. Marriage equality. Let’s stop dropping bombs. This is also appealing to Bernie voters — crony capitalism, it is alive and well. Having been governor of New Mexico, [I know that] legislation gets passed that benefits those who have money and influence and they buy more money and influence. In New Mexico … I may have vetoed more legislation as governor of New Mexico than all the other governors in the country combined. Seven hundred and fifty bills, thousands of line items, but a lot of those vetoes were [about] this level-playing field. Here’s this concept of advantage. There’s a piece of legislation sitting in front of me, and it gives somebody an advantage. And I vetoed that kind of stuff. Or I tried to veto as much of it as I could.

The cronyism statement should ring pretty hard for conservatives and Bernie Sanders supporters who find it anathema for the government to pick winners and losers. Johnson’s anti-cronyism statement is probably the best he’s sounded in this campaign. In fact, it’s probably the best interview he’s ever given. His belief in not being “Team America: World Police,” is also appealing to Sanders supporters who aren’t interested in endless war. CNN even had a poll showing Johnson was the second choice of Sanders voters of all other candidates.

So let’s stop with this ridiculous notion that all Johnson does is take votes away from Trump. The facts show it’s a pretty even split or more votes are taken from Clinton. But it also doesn’t mean Johnson is some leftist looking to install a bunch of new social programs and increase government spending. Here he is to LA Times on taxes:

Well, I’m under the belief that the more money you have the more you consume. And that money is about consumption to a degree, and it also is about savings, but it would promote savings, and that’s my belief. No more capital gains, I mean, no more taxes other than the one federal consumption tax…

So there you go: Johnson is going to appeal to those who are fiscally conservative and socially tolerant/liberal/libertarian/what have you. Neither Trump or Clinton are either of those, they just happen to be the ones who are on the major party tickets. CNN is simply giving the electorate the chance to pick Option 3. If Option 4 were on the ballot in all 50 states, I’m sure CNN would be willing to talk to them too. Giving the electorate more options isn’t a bad thing.

Need to be promoting Green Party candidate Jill Stein, she is a time-bomb in Hilliary’s butt.

Ideology gets you nowhere.

People also want to vote for a winner and they know the Libertarian candidate isn’t going to be one.

Don't bogart that vote, my friend.

It sounds like the Bernies are feeling the Johnson.

Johnson is just about 6 points away from the level where they have to include him in the debates. He’s taking Hillary votes and we know the Green Party won’t be peeling off Republican votes. I like the way this is shaping up. 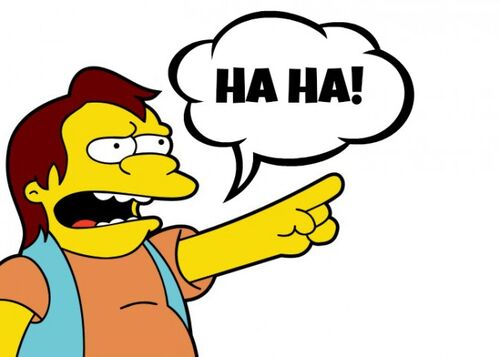 15 posted on 08/03/2016 3:22:25 PM PDT by Clintonfatigued (The barbarians are inside because there are no gates)
[ Post Reply | Private Reply | To 1 | View Replies]
To: Clintonfatigued; BillyBoy; AuH2ORepublican; campaignPete R-CT; StoneWall Brigade; ...

It looks even in polls I’ve seen. My thought is still a least a little more from us, But with Jill Stien thrown in we may have a net positive drain on Shillery by the third parties.

and
baseball hurts
on the left coast