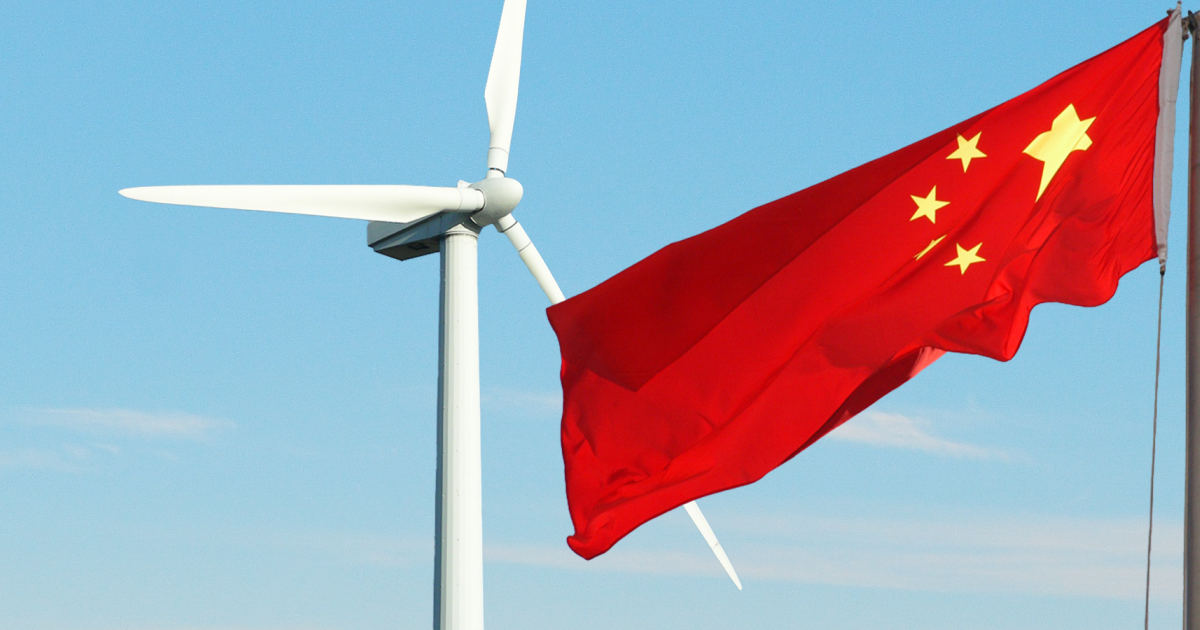 The Chinese Communist Party (CCP) is CONTINUING its U.S. agricultural takeover, buying hundreds of thousands of arable acres across the nation. The purchase of U.S. land is part of the CCP’s food security initiative, posing a significant threat to food and national security for the American public. Republicans appear willing to confront the risk by introducing amendments to H.R. 4356 and 2022 Agricultural Appropriations bill to limit land ownership and tax incentives for foreign investors.

At the beginning of 2020, Chinese investors had purchased upwards of 192,000 acres of American agricultural land. The value of the land is roughly $1.9 billion, which is an exponential increase in ownership over the ten years prior. Exact numbers on the land owned by China and Chinese companies are almost impossible to track, as the USDA’s data on farmland ownership is two-years out of date.

One large purchase that was tracked was made by a Chinese billionaire named Sun Guangxin and his company GH America Energy LLC, a subsidiary of China’s Guanghui Energy Company. Sun spent $110 million purchasing 140,000 acres in a Texas county near the Mexico border and Laughlin Air Force Base.

The land was set aside for the owner to build a wind-farm to feed into Texas’ electricity grid. Known as Blue Hills Wind development, local ranchers, politicians, and the US Military were quick to note the proximity of the development as a serious risk for multiple threats from hostile actors.

The wind-farm development was only 70 miles from Laughlin, raising concerns of potential efforts to spy or “otherwise interfere with US flight training.” Military outlets further noted that the power supply to the Air Force base could be vulnerable should the development go ahead.

Sun is not alone in the takeover of American land by Chinese individuals and businesses. In 2017, ChemChina, a Chinese state-owned enterprise, acquired Syngenta for $43 billion. While mainstream news media argue that the takeover was a bad deal for China, it offers significant long-term leverage over global and domestic food production.

Syngenta is the world’s largest crop protection maker and third-largest seed supplier. The now CCP-backed company operates in 16 different states, invests in agricultural research and development every year, and employs more than 4,000 Americans in 41 states, according to Newsweek.

“The current trend in the U.S. is leading us toward the creation of a Chinese-owned agricultural land monopoly,” warned Rep. Dan Newhouse (R-Wash.) last July.

Why is this being allowed ? Would we have allowed the Soviet Union to buy up American land ?

Congress has been bought and paid for for years … especially the DNC. 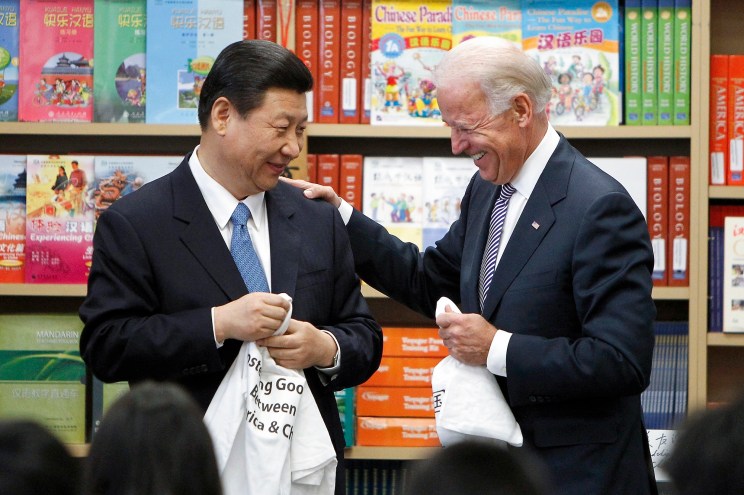 So foreign entities to paying property tax in rural America. The local governments have tons of power to condemn lands not being used for sale purpose by foreign owners.

Americas farmers own a good percentage in family and trust holding, another portion are owned corporate and foreign interests and rented by the farmers who own a good percentage of the corn and wheat belt. If these foreign fools want to drive up the cost of marginal land and make the typical improvements and remain using the land in the same way, that is good foreign investment. Counties and states are free to put a surcharge (a higher property tax) on foreign owned lands. They already do with homestead exemptions and other special carve outs for family based land and land trust owners.

Our very own federal government is much more restrictive on public use of public lands. If you want to get all worked up work yourself up over how southern nevada is changing quickly after the death of dirty harry reid.

Multinational Corporations may have less stewardship of lands than foreign investors who may be in china dreaming of the day escape is practical. They certainly are renting the land for crops to be grown on. Really the only value of farmland, yearly income is the ROI. There is a top value for farmland, somewhere just below the cost per area of farming indoors in multistory warehouses.

Was this one of the sweetheart deals Hunter and the Big Guy set up with China?

One reason our real estate market is vibrant And growing compared to the rest of the world is because we allow foreigners to buy our property. It is a safe haven for them.

I hate china but I can care less if they buy up our land. It is not if they can take it back to China.

I do have an issue with them buying our companies and shipping the know how and IP back to China. That should be outlawed.

There’s around 900 million acres of ag land in USA. Of foreigners who own American farmland, China is a bit player. Canada and Europe own far more. Perspective.

They already own all our politicians.

Believe it, China will have to give it all back and much, much more.

Then their penitence will begin.

The local Tri-City Herald newspaper was the first to report the sale last week.

The property is located in the Horse Heaven Hill region of southwestern Benton County and was previously purchased by John Hancock Life Insurance for $75 million in 2010. The report cited R. Clay Powell, chief council for Oak River Farms, as saying that firm would manage the property and planned no change from its current focus on sweetcorn and wheat.

According to a subsequent story published in The Land Report, the corporate mailing address for Angelina is the same as that for Cottonwood Ag Management, an agriculture asset management team for BMGI / Cascade Investment, the private holding company for Bill and Melinda Gates.

In November, multiple sources told Agri Investor that an entity related to Bill Gates was widely believed to have been the buyer of a group of farmland assets sold by the C$366.3 billion ($258 billion; €221 billion) Canada Pension Plan Investment Board for $520 million.

A recent analysis of subsequent National Council for Real Estate Investment Fiduciaries farmland index reports, to which Cottonwood contributes data, suggested the portfolio may have been a diversified one with a concentration in the Corn Belt and Delta States and only a single property in the Pacific Northwest region containing Washington and Oregon.

A source familiar with US farmland markets told Agri Investor they believed Angelina Ag to contain a 26,000-acre property in Monterey, Louisiana formerly owned by Bernard Ebbers, a co-founder of failed communications company WorldCom, and reportedly sold for $31 million in 2006.

According to her LinkedIn profile, Caroline Orlowski, who currently serves as an asset manager at Cottonwood, previously worked as an assistant general manager for farm and grain at Oak River Farms, a role described as managing a 25,000-acre farming operation in Monterey, Louisiana.

Acknowledging that a great degree of uncertainty surrounds the corporate structure behind Gates’s farmland investments and stressing their view was based on second-hand information, the source said the 2006 purchase had been among the first significant agriculture investments by the Microsoft founder. The source said they believed Cottonwood to be a broader management company currently overseen by former MetLife managing director Peter Headley, under which subsidiaries like Angelina have been established around specific regions or portfolios of acquired properties.

“Bill Gates is interested in everything,” the source said when asked if they had already been familiar with the fact that entities related to Gates were interested in Washington State farmland. “He’s just buying a bunch of land.”

A second source who said they had met with Cottonwood portfolio managers recently told Agri Investor that, while there was no way to be certain, they did not think there is any relationship between the firm’s farmland purchases and agriculture-related initiatives of the Gates Foundation.

“I believe it’s a separate entity deputized to make smart plays to buy assets that will produce income in the ag realm,” the second source said. “They’ve [Bill and Melinda Gates] got to park that money somewhere and my sense is they see this as a long-term, stable money-making investment at 6 or 8 percent and it’s just a good play.”

A third source said Angelina has also recently made purchases in the Mississippi River Delta region.

Alan Busacca, a wine industry consultant who was formerly a professor of soil science and agriculture at Washington State University, told Agri Investor that the Horse Heaven Hills region where Angelina reportedly made its purchase is among the most productive in Washington for irrigated agriculture. Among the crops grown in the region, according to Busacca, are apples, cherries, carrots and potatoes, though the land purchased by Angelina is best suited to irrigated row and field crops.

“It [the property acquired by Angelina] does not have the rolling-hill character and the higher elevations that are commonly needed for permanent crops like tree-fruit and wine grapes,” he explained.

Investor interest in the region has grown significantly in recent years, said Busacca, who added that land prices in the area have been heavily influenced by water access. People began converting what had previously been cattle-grazing land near the Columbia River during the 1960s and 1970s, said Busacca. Because the elevation increases to the north of the river, he added, as the water table has dropped over recent decades, farmland buyers have increasingly prioritized reliable access to water.

Busacca said the property purchased by Angelina sits within what today constitutes a growing nexus of processing plants, transportation infrastructure and low-cost hydropower and wind electricity that is facilitating a regional transition from irrigated wheat and field corn to higher-value crops such as carrots, onions and tree-fruit.

“Having lived in Washington State for 35 years, every time I drive through the area of Horse Haven Hills, I’m stunned by the continued intensification of development, going from lower-value crops to higher-value crops,” said Busacca. “They’re [Cottonwood / Angelina] making a very smart play for those being reliable money makers.”

He added that, similarly to how access to water has helped determine land values for farmland in the region surrounding the Columbia River, he is also aware of growing interest in large properties drawing from southern Idaho’s Snake River, a tributary of the Columbia.

“I do think – based on my gut and the little bit of scuttlebutt I hear now and again – that there is an increased in Washington State and Idaho ag.”

Cottonwood declined to comment. Angelina referred media requests to an Oak River Farms-affiliated email address, the owner of which did not reply to a message seeking further detail by the time of publication.

Let them buy as much as they want and then when we need it, just pas a law declaring it as Federal Parks it and kick them out.

So if the Chinese own the land. Start farming the land. And take that food back to China. Less on our shelves. Because that would never happen

And don’t forget the hedge funds and companies like Blackrock buying up everything they can.

Yes. Gates and other anti-American entities in America are a greater threat than China. A number of states have already outlawed foreign ag land ownership, more can do, and so can the fedgov. Reining in American entities with ill intent is far more difficult.

Both parties are still selling us out.

1/2 the farmland in my area is no longer farmed.

We do not have a shortage of farmland.

Yes, china is buying a lot of land but it is what 1-2% of our total farmland or something like that.

If we suddenly started growing crops on all our farmland it would put farmers out of business because the price per bushel would drop to zero.

With new seeds and grains we no longer need as much land in the past.

Every year the bushel per acre yield increases