Doctors for Covid Ethics (“D4CE”) held their second symposium, “Sounding the Call,” on 10 December. The symposium comprised 15 experts in science, medicine, finance, media, and the law who spoke as they should – freely and honestly.

‘The Real Anthony Fauci’, a book by Robert F. Kennedy Jr., exposes the controlled demolition of democracy. The Epoch Times reported that at the closing of the second year of the “CCP (Chinese Communist Party) virus” having caused havoc in the world, the book has made the #1 best seller on Amazon charts, was also the top seller toward the end of November on Wall Street Journal’s list, and still appeared on the top 5 in USA Today’s list by mid-December.

The book is directed to everybody who is puzzled about what has been happening in the last 20 months.

During the second session of the D4CE’s Symposium II, Kennedy spoke with Catherine Austin Fitts.

Kennedy was in a unique position to join the dots of the coup d’état, as Austin Fitts calls it, as he had been litigating for many years powerful organisations on governmental issues.  He has been involved in over 500 lawsuits of which about 20% were against the US Environmental Protection Agency (“EPA”). He has witnessed first-hand the dynamics of how state agencies are captured and “transformed into sock puppets” and become promoters and spokespeople for industry.

Additionally, for 17 years Kennedy has been working on public health issues, specifically vaccines.  He recognised that what was happening in the public health arena was really unique, “because of these financial relationships with pharma, it’s regulatory capture on steroids.  The relationship between pharmaceutical companies and the three big agencies and their subagencies – FDA, CDC, NIH – is there is a seamless subsidiary relationship.  In other words, people within these agencies … regard their job as in partnership with pharma,” he said.

Kennedy explained that vaccines are the fulcrum of the Agency/Pharma relationship because they are enormously profitable.  Vaccines are exempt from liability so you cannot sue the pharmaceutical companies no matter how egregious the injury and “that alone has made vaccines immensely profitable.”

Vaccines went from being a $187 million dollar per year industry, when Fauci took control of the NIH, to a $60 billion industry.  “But the big payments to pharmaceutical companies are selling the medications for the chronic diseases that are associated with the vaccines that they’re selling children,” Kennedy said. Fauci turned NIH from a public health agency into an incubator for pharmaceutical products.

The US Child Vaccination Schedule, for children from birth to 18 years old, comprises 72 injections.  All 16 childhood vaccines are dangerous and are causing a number of health issues including an alarming increase in autism.  Alix Mayer, an expert on vaccines who works for Children’s Health Defense, discussed children’s vaccine safety in more detail during an interview with Steve Kirsch, watch HERE.

We know Covid injections do not prevent transmission and, therefore, they cannot end a pandemic. “And so there really is not a public health rationale [for vaccine passports].  It is a control device.  A control device that is linked to currency and your cheque book,” Kennedy warned.

“Here’s what we can predict.  We know they have programmable currency,” he said and explained that what that means is every financial transaction we make will be visible to government and that information can be made visible to financial outfits.

Using an every day example Kennedy explained further: “They can programme your money. Let’s say you violated social distancing, for example.  They know your location 24 hours a day from your cell [mobile] phones … or facial recognition … you violate that [social distancing] and they can say ‘until you comply the punishment is you are under house arrest and you can only leave the house to buy at local grocery stores’.  And they can make it so your money does not work at any place other than the grocery store by your house … So, they can control you.”

There is no time in history where power that was given is given back to the people and we have to assume that the power we give them, they will abuse.  The more we comply, the worse it is going to get – “this is the hill we die on,” Kennedy said. 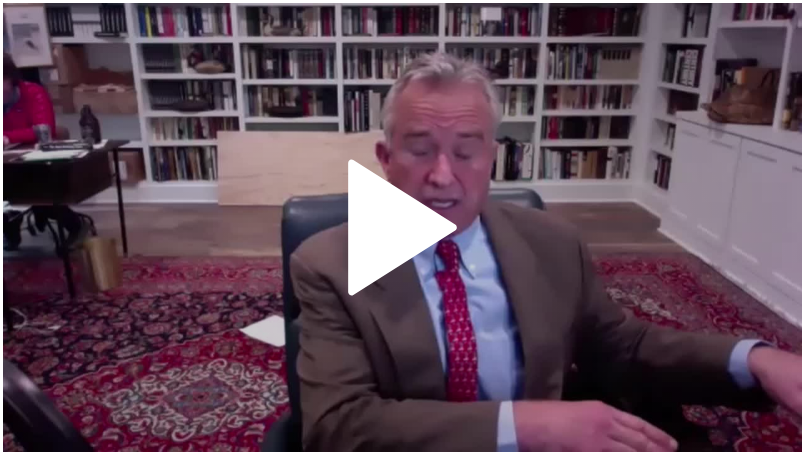 The Symposium II “Sounding the Call” program details, as well as short biographies of the participants, can be found HERE and you can watch the full 4-hour symposium HERE.  The Kennedy’s discussion begins at 1:47:45.

“In this interview, Robert F. Kennedy Jr., an environmental activist and attorney turned ultimate freedom fighter, discusses his latest book, “The Real Anthony Fauci: Bill Gates, Big Pharma, and the Global War on Democracy and Public Health,” which is a must-read if you want to know more about the behind-the-scenes of this giant fraud. We could talk for hours and not cover but a fraction of what’s in this book, which Kennedy calls a ‘devastating indictment of Tony Fauci’.” – Dr. Joseph Mercola.

Read the full analysis by Dr. Joseph Mercola of the ‘The Real Anthony Fauci’ interview with Robert F. Kennedy Jr. in the document attached below. 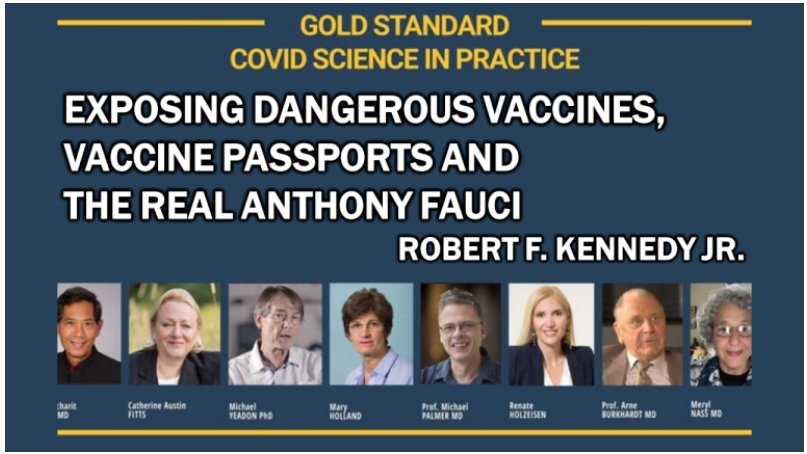 He has over 2,000 end notes citing his comments.

It’s well written and very thorough and will give you the justification for the lack of trust we now have in the medical establishment. He pulls it all together in a very coherent way.

I know more people who have died from the vax than the disease.

I trust him, he may be the leader we need to drain the swamp.

It may be possible to form a populist third political party behind him.

Trump still supports the vaccine. What is puzzling, one of his main advisers and supporters, Peter Navarro, makes personal appearances with Dr. Robert Malone. Does Peter Navarro still communicate with Trump?

The Vaxocrats are going nuts.

Read the book & you will learn why Fauci belongs in prison.

“... lack of trust we now have in the medical establishment”.

A member of our church ended up at our rural hospital with Covid. Our pastor, who knows the doctor well, asked that the sick person, who the doctor also knows personally, be given Ivermectin. The doctor explained that if the state (Oregon) found out they would shut them down.

A year ago, knowing fauci was a psyco, Ya couldnt tell anyone and have them believe it.

It’s taken this much time for the facts to sink on and society to begin to see who he is...
He’s a dangerous person with murder on his mind. Hu

Absolute required reading. It will answer nearly all questions.

Example; Why the demonization of Hydroxychloroquine (HCQ) and Ivermectin (IVM) ? If they were accepted and promoted as the therapeutic treatments they are, the experimental vaccines and Fauci’s pet Remdesivir, would not have been funded because of a federal law denying funding when medicines exist.

They said the same about the Bolsheviks in Russia when Stalin took over and the bloodbath of the Gulag period commenced. Is history repeating itself?

By focusing on Fauci, does he let our DoD, the WHO/UN, etc., off the hook?

Navarro still pushes a limited hangout, claiming the jabs are good for the elderly and vulnerable.

Something that will never happen under this regime. Fauci is to Biden what Goebbels was to Hitler.

It is a very damming book. I recommended it to my elected officials. Said if they didn’t call for his resignation that they must have a financial interest or something more evil.

I haven’t read the whole thing yet, but I don’t think he lets many people off the hook.

Fauci could not possibly be accomplishing everything he’s getting away with on his own. He certainly has the support of big pharma, although Kennedy didn’t focus on them.

I tried googling this and couldn’t find anything that made any sense.

What is the mortality rate for a 66 year old with no comorbidities?

I don't know. I believe there are calculators out there where you fill out info about yourself to find out average for a person with your health/age/gender. You could fill one out for Mr. Perfect (no health issues) and see?

I started looking for actuarial tables and came up with a generic one that says 85 years, so one with no co-morbidities would be more than that.

But it doesn't take into account co-morbitities. Sorry - hopefully someone else knows.