Lee Aaker, Child Actor on 'The Adventures of Rin Tin Tin,' Dies at 77 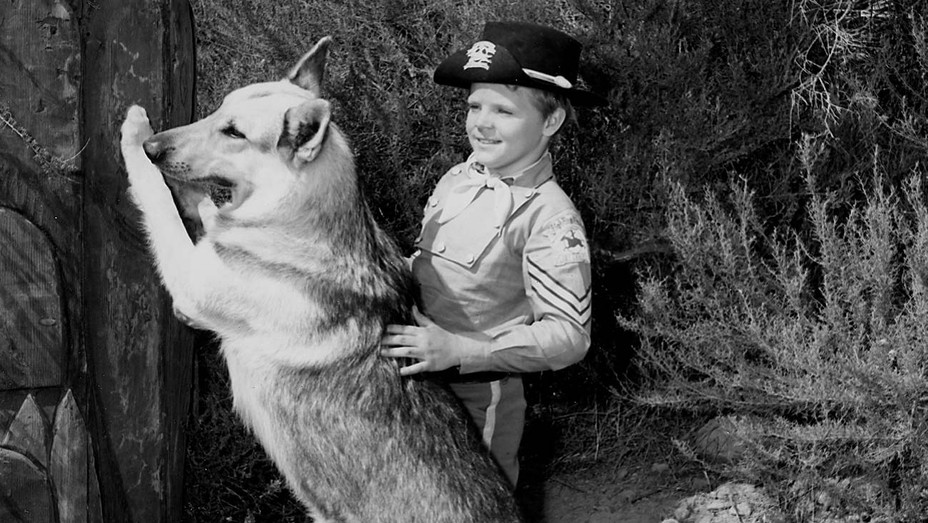 He also appeared in such films as 'Hondo,' 'High Noon,' 'The Greatest Show on Earth' and 'The Atomic City' — all before he was 10.

Lee Aaker, a child actor in the 1950s who starred as the orphan Rusty alongside a German shepherd on ABC's The Adventures of Rin Tin Tin and in films including Hondo and The Atomic City, has died. He was 77.

Aaker had suffered a stroke and died April 1 near Mesa, Arizona, Paul Petersen, the former Donna Reed Show star who serves as an advocate for former child actors, told The Hollywood Reporter.

Aaker had battled drug and alcohol abuse during this life and was alone with one "surviving relative that could not help him," Petersen said, adding that Aaker's death certificate lists him as an "indigent decedent." He was helping him get a proper burial.

For Petersen, it marked another sad end to the life of a Hollywood child actor. "You are around just to please everyone," he said, "and when there's nothing left, they are done with you."

On The Adventures of Rin Tin Tin, which ran on Friday nights for five seasons (1954-59) and 164 episodes, Aaker starred as Rusty, a youngster being raised by U.S. Cavalry soldiers (including James Brown as Lt. Rip Masters) at Fort Apache after his parents were killed by Native Americans.

Earlier, Aaker portrayed the kidnapped son of a nuclear scientist (Gene Barry) in The Atomic City (1952), the son of an Arizona homesteader (Geraldine Page in her film debut) in the John Wayne-starring Hondo (1953) and the son of a desperate woman (Barbara Stanwyck) trying to save her trapped husband (Barry Sullivan) in Jeopardy (1953).

Aaker was born on Sept. 25, 1943, in Inglewood, California. His mother owned a dancing school, and he and his brother had a song-and-dance act. Director Fred Zinnemann spotted him on a live KTLA program one Saturday night and cast him as the title character in Benjy (1951), which won the Oscar for best documentary short.

In 1952, Aaker appeared in uncredited roles in Zinnemann's High Noon, Cecil B. DeMille's The Greatest Show on Earth and Charles Vidor's Hans Christian Andersen and was billed above Marilyn Monroe in O. Henry's Full House — just four of the nine movies he was in that year.

His credits around that time also included the films Arena (1953), Mister Scoutmaster (1953), Ricochet Romance (1954) and Destry (1954) and the TV series The George Burns and Gracie Allen Show and The Lone Ranger.

In a 2011 interview, Aaker said he got $250 an episode to start with on Rin Tin Tin, with his salary growing to $500 per installment during the final season.

After Rin Tin Tin, he guest-starred on The Donna Reed Show, Route 66 and The Magical World of Disney and appeared in Bye Bye Birdie (1963) as acting jobs increasingly became scarce.

He left Hollywood before he was 20, then worked as a carpenter for two decades and taught skiing to underprivileged children and people with disabilities at Mammoth Mountain in California, living on his $1,500 a month SAG pension.

Why do they always bring race into it? 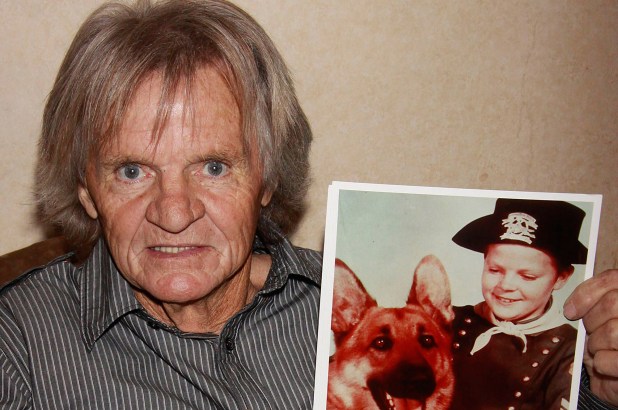 I loved The Adventures of Rin Tin Tin on TV as a boy in the 1950s. It was very popular.

I found out a few years ago the main German shepherd in the series was not a descendant of Rin Tin Tin. The main star was the trainer’s dog named Flame Jr. The actual Rin Tin Tin (IV) may have been used as a stand-in or stunt dog.

Really? Interesting. Thanks for the info.

Paul Peterson is a gentleman!

No need to be sarcastic considering that “indigent decedent” means that the dead person was in extreme poverty.