Why is Progressive Nationalism so misunderstood?
PGA Weblog ^

What is in a word definition? For example, when you say you love your country, what's embedded in that? What does that mean? For me, the 51 constitutions of the states and the U.S. Constitution come to mind. That's not at all what comes to mind to a progressive. If you actually listen to the progressives, they'll tell you. In May of 1918, Theodore Roosevelt wrote the following:

You've seen this quote before. You may have even used it yourself. What does it mean though? It's an undying prayer in faith for pure unadulterated big government. That's what it means. I'll show you. He explains it in this very same essay. Have you read the full essay? Here, he gives the answer:

The Wisconsin Legislature has just set forth the proper American doctrine, as follows:

“The people of the State of Wisconsin always have stood and always will stand squarely behind the National Government in all things which are essential to bring the present war to a successful end, and we condemn Senator Robert LaFollette and all others who have failed to see the righteousness of our Nation's cause, who have failed to support our Government in matters vital to the winning of the war, and we denounce any attitude or utterance of theirs which has tended to incite sedition among the people of our country."

For a progressive, "the nation" = "the government". "The country" = "the government". In a very real sense, it would make perfect sense to call a progressive a "government-thumper", that is if you've ever been called a "Bible-thumper". Yes, it has THAT kind of deep meaning. He gave the answer in the second block quote, and he meant it so deeply and with such conviction he said it twice. This is the "proper American doctrine":

You don't support the government? Then you're a sinner. You are not a nationalist, not in his eyes and not in any progressive's eyes. Love of country means love of government. You must profess your undying heartfelt adoration for the "hallowed halls of congress". You ever heard that phrase before? Yes, it means exactly what it sounds like. Government-thumping. Praying to the all powerful for more goodies at the ballot box. Worshipping at the high altar of the state. Statism.

In the 21st century we are told that we must import 50 million, 100 million new people regardless of their legal status. Why must we do this? Because it serves big government FIRST. It serves "the country (which means the government). We are told we must surrender the entirety of our healthcare to government. We must surrender our 401ks to government. Surrender your weapons. Why? What does government need and you'll know why it's love of country government. TR gave us long-standing bureaucracies such as the FDA, Commerce Department, the FBI, the national park system - none of it sanctioned by the Constitution. You think progressives care? Of course not. What's a pesky constitution anyways but a means to an end?

"Patriotism" is a euphemism for government.

"The nation" is a euphemism for government.

"The country" is a euphemism for government.

TOPICS: History; Reference; Religion; Society
KEYWORDS: country; nation; progressingamerica; progressivism Navigation: use the links below to view more comments.
first 1-20, 21-29 next last
I didn't even go into TR's attempt to set up government spelling and also price controls. But it's all the same. Love the nation means love the government.
1 posted on 02/13/2021 8:15:28 AM PST by ProgressingAmerica
[ Post Reply | Private Reply | View Replies]
To: ebshumidors; nicollo; Kalam; IYAS9YAS; laplata; mvonfr; Southside_Chicago_Republican; celmak; ...
If anybody wants on/off the revolutionary progressivism ping list, send me a message

Progressives do not want to discuss their own history. I want to discuss their history.
Summary: For a progressive, "the nation" = "the government". "The country" = "the government".
2 posted on 02/13/2021 8:18:13 AM PST by ProgressingAmerica (Public meetings are superior to newspapers)
[ Post Reply | Private Reply | To 1 | View Replies]
To: ProgressingAmerica

Because it is a meaningless term, able to be sculpted to what ever you want at the moment.

Finally, it would be a masterstroke if those great powers honestly bent on peace would form a League of Peace, not only to keep the peace among themselves, but to prevent, by force if necessary, its being broken by others. The supreme difficulty in connection with developing the peace work of The Hague arises from the lack of any executive power, of any police power to enforce the decrees of the court.

For progressives, all there is is government. Nothing else matters.

5 posted on 02/13/2021 8:25:50 AM PST by ProgressingAmerica (Public meetings are superior to newspapers)
[ Post Reply | Private Reply | To 3 | View Replies]
To: JimRed
I'm sorry, but there are no socialist-communist-Marxist on Mount Rushmore. But there is a progressive there, see #3. 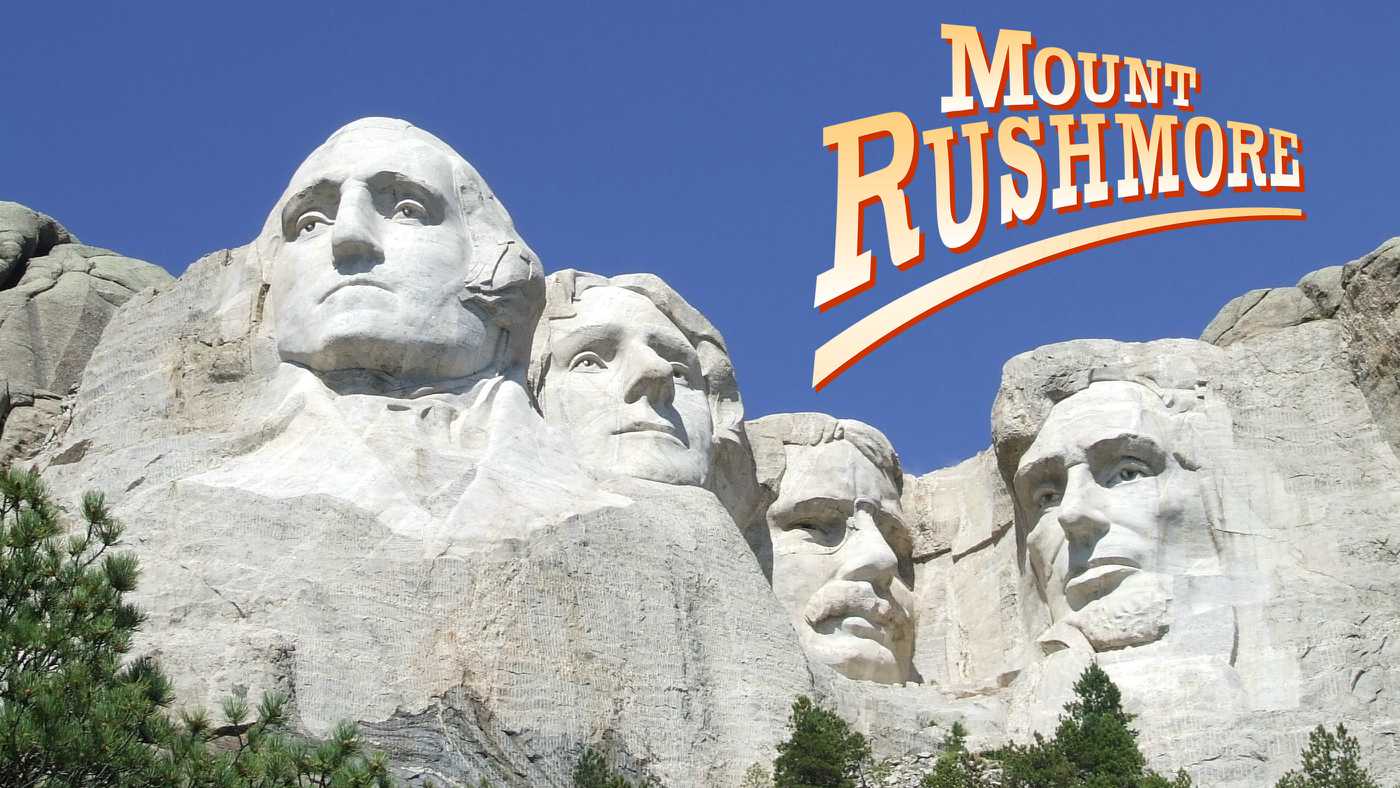 Yes, separately, and in their writings the NSDAP also worshiped the government. Nothing was more paramount than that to them. When they said love the country, they also meant you should love your government. That’s how they got away with calling themselves “nationalists”.

They love the nation - it’s government.

Progressive thought brought to you by Woodrow Wilson and other communists

Before “nationalism” was used as a slur against patriotism, it meant quite explicitly, “centralized government.”

Somehow this is lost on leftists who call Trump a fascist.

TR’s “New Nationalism” was about centralizing, or “nationalizing,” government, economy, policing, etc. under the federal, or centralized, governance

And, yes, “nationalism” — in this sense and only in this sense — was picked up by the fascists in Italy, Germany and the U.S. in the 1930s, which was called in the US the “New Deal.”

Fascism = centralized control of the economy, society, and law in partnership with select, centrally-approved big businesses.

Gee, where are we today, again?

No advance, no progress can be made beyond these propositions.

For the record; the word "democracy" never appears in either the Declaration of Independence or the Constitution.

Additionally; none of the Constitutions of the 50 states contain the word "democracy".

Works a lot of places
https://www.youtube.com/watch?v=D0xGimfwDL4

Dunno what the ChiComs use locally, but I’m sure we’ll hear about it before long

It is well understood, which is why this article takes the position that it is not understood.

The progressive agenda advocates that the government must have more power than the framers of our Constitution allowed. The reason the Framers limited the government’s powers is they knew that once man is given power he will tend to abuse that power over time. The progressive movement asserts that it is okay to give government more power over people’s lives because today’s politicians are more honest than they were when the Framers saw merit in limiting the powers of Congress.

Madison in Federalist No. 45: The powers delegated by the proposed Constitution to the federal government are few and defined. Those which are to remain in the State governments are numerous and indefinite.

Another correct way to view Article 1, Section 8, is to compare it to configuring a packet filter - General rules - least privilege, All that is not expressly permitted is prohibited.

Great question; do you believe today’s candidates are more honest than when the framers constituted America?

This is exactly right, your first and second lines.

Essentially, Trump did violence to Theodore Roosevelt’s legacy and we’re better off because of it.

15 posted on 02/13/2021 10:34:18 AM PST by ProgressingAmerica (Public meetings are superior to newspapers)
[ Post Reply | Private Reply | To 10 | View Replies]
To: ProgressingAmerica
I'm sorry, but there are no socialist-communist-Marxist on Mount Rushmore. But there is a progressive there, see #3.

Today's Progressives reject him as too far right.

Back in the middle of the Eisenhower Administration, a HS teacher gave a homework assignment: “Do we have to do what society says?”

That night I agonized over the question and came up with the conclusion that the answer was “No,” on the basis of freedom.

The next class I verbally gave that answer, and the teacher replied, “We like to say ‘society’ when we mean government.” I instantly recognized that as ProgressiveThink. But I was, unfortunately or perhaps fortunately for my grade, struck dumb for a way to express my disagreement. The actual answer is, IMHO, given by Thomas Paine in the first two paragraphs of Common Sense:

SOME writers have so confounded society with government, as to leave little or no distinction between them; whereas they are not only different, but have different origins.

Society is produced by our wants, and government by our wickedness;

the former promotes our happiness POSITIVELY by uniting our affections, the latter NEGATIVELY by restraining our vices.

The one encourages intercourse, the other creates distinctions.

The first is a patron, the last a punisher.

Society in every state is a blessing, but Government, even in its best state, is but a necessary evil; in its worst state an intolerable one . . .
For were the impulses of conscience clear, uniform and irresistibly obeyed, man would need no other lawgiver; but that not being the case, he finds it necessary to surrender up a part of his property to furnish means for the protection of the rest . . . — Thomas Paine,Common Sense (1776)

17 posted on 02/14/2021 6:44:50 AM PST by conservatism_IS_compassion (Socialism is cynicism directed towards society and - correspondingly - naivete towards government.)
[ Post Reply | Private Reply | To 1 | View Replies]
To: nicollo
Before “nationalism” was used as a slur against patriotism, it meant quite explicitly, “centralized government.”

1. identification with one's own nation and support for its interests, especially to the exclusion or detriment of the interests of other nations: "their nationalism is tempered by a desire to join the European Union"

18 posted on 02/14/2021 6:53:10 AM PST by central_va (I won't be reconstructed and I do not give a damn...)
[ Post Reply | Private Reply | To 10 | View Replies]
To: ProgressingAmerica; nicollo
He was a government guy. In those days before the Russian Revolution, the French Revolution was seen by many as an outburst of anarchy and something to be avoided at all costs. So too were plutocracy and the opening up of a vast gap between rich and poor, as well as internal weakness and division, which could make nations become the prey of more powerful countries.

Statism wasn't seen as that big a threat to Roosevelt, since he hadn't experience of how powerful governments could get. The dangers of too-intrusive, too powerful governments top our history syllabus in a way that they didn't at the Harvard of TR's day. Before the First World War many in his generation admired the efficient bureaucracy of the Kaiser's Germany and the docility of the population. They didn't see the dangers in that, or in imperialism or racism.

Anyway Roosevelt was the guy who said, in a quote that was repeated a lot in our own century:

I'm not saying you're wrong, but TR's starting point and the challenges he thought he faced were different from ours.

This is one of my favorite passages of all time. Not just in its simplicity but also with its philosophical depth. I don’t remember when it was (as you do) that I realized that “society” is not a synonym for government in any way, but once I was able to visualize it I couldn’t and didn’t want to go back.

I think the confusion between government and society has been an important ingredient to all of the biggest government atrocities not just within the relative grasp of our time, (I know this last part isn’t possible) but I would not be surprised if we had a time machine and could go back and ask the world’s biggest tyrants - Khan - Pharoah - Caesar - King George III; they would all agree. Government is society. I bet they would all agree.