The Department of Justice on Friday revealed it has actually dropped its criminal examination of Former FBI Deputy Director Andrew McCabe. His legal representatives made the news on Friday early morning.

Andrew McCabe dripped private examination information and also details to the media to “advance his personal interests” after that existed regarding it to the Inspector General.

The Inspector General launched a pungent record on McCabe in April 2018 mentioning he “lacked candor” following his prohibited media leakages.

But on Friday J.P. Cooney the Chief Fraud and also Public Corruption Section of the DOJ sent out word to McCabe’s legal representatives that Andrew McCabe will certainly not encounter any type of penalty for his criminal acts.

In July 2018, criminal Pakistani IT employee, Imran Awan begged guilty to production a incorrect declaration on a loan/credit application.

The Feds consequently closed down whatever else associated to the Pakistani House IT rumor.

Imran Awan’s legal representative Chris Gowan, who is a previous assistant to Hillary Clinton, trashed head of state Trump and also various other Republicans in a letter after the situation was shut.

The Pakistani spy ring that penetrated the House Dems was among the greatest detractions in United States background, yet below was

The Awan case was as blatant as the HRC email scandal. Likely had felony counts that ran into the thousands and it was pushed aside quietly with little consequence. It should be obvious to anyone that the Awan family was selling state secrets to a foreign government in addition to the obvious fraud/theft.

Both cases were very easy to prove yet one resulted in no legal action and the other gained a slap on the wrist to minimize embarrassment for powerful people who clearly exhibited questionable judgment.

<><> August 2018 an Obama-ordered court, gave Debbie W/S’s IT staffer Imran Awan no prison time b/c "he had suffered enough.”

APRIL 2016 THE PAKI SCAM IS UNVEILED---Alarm bells went off when House computer security officials reported “irregularities” in computer equipment purchasing......specifically, the theft of hundreds of thousands of dollars in US government property. The initial evidence pointed to (a) five Paki IT staffers, and, (b) Congressional Democrats that employed them. The Paki scam quickly exploded into: <><> (A) multiple charges of conspiracy against the United States of America, <><>(B) double-billing Congress, <><> (C) placing ghost employees on the govt payroll, <><> (D) stealing govt issue electronics, <><>(E) submitting falsified documents to the US govt, <><> (F) mortgage scams, <><>(G) shady wire transfers to Pakistan, and, <><>(H) Congressional bank fraud. Democrats hired this bunch to boost their “diversity” credentials....sucking up for votes is never far from their small minds.

Should the press decide it’s time to man-up (cackle) and do some actual journo work, they might ask:

1. Who coordinated the hiring of the Awan clan by dozens of Democratic Congressman?

2. Why were they so grossly overcompensated w/ millions of tax dollar for little or no work?

3. Were kick-backs to the Democrats included? For doing “dirty work." Or was the clan blackmailing them?

4. Why did D/W/S threaten the Capitol Police about the laptop confiscated from Imran Awan?

5. Why did D/W/S keep Imran on her payroll after the Capitol Police barred the Paki clan from accessing Congressional computers?

7. Who is paying Chris Gowen, a bigtime Clinton insider, to represent Imran Awan?

8. Why did the Awan clan have security clearances after several bankruptcies and financial misdealings? (Excerpt) Read more at americanthinker.com ...

We cannot pursue and investigate those questions. The pertain to democrat corruption!

We MUST pursue the Trump video - that happened in the early 2000’s.

How do these people live with themselves?

ABSOLUTELY TRUE!! Even though I dislike the nit-picking persnickety grammar police as much as anyone else here, the frightful grammar in this piece diminishes the value of the otherwise useful message it conveys, making the piece almost unreadable and its author look like a dunce.

_pieceful_ religion has its camel’s nose way into our tent.

People are pouring their hope into Barr, analyzing his syllables and vowel pronunciation.

You see, when Barr said he wouldn't lay a glove on King Obama and Gropin Joe Biden, he "left open the possibility" of going after them in the future! Yeah! That's it!

The Sun Will Come Out Tomorrow! 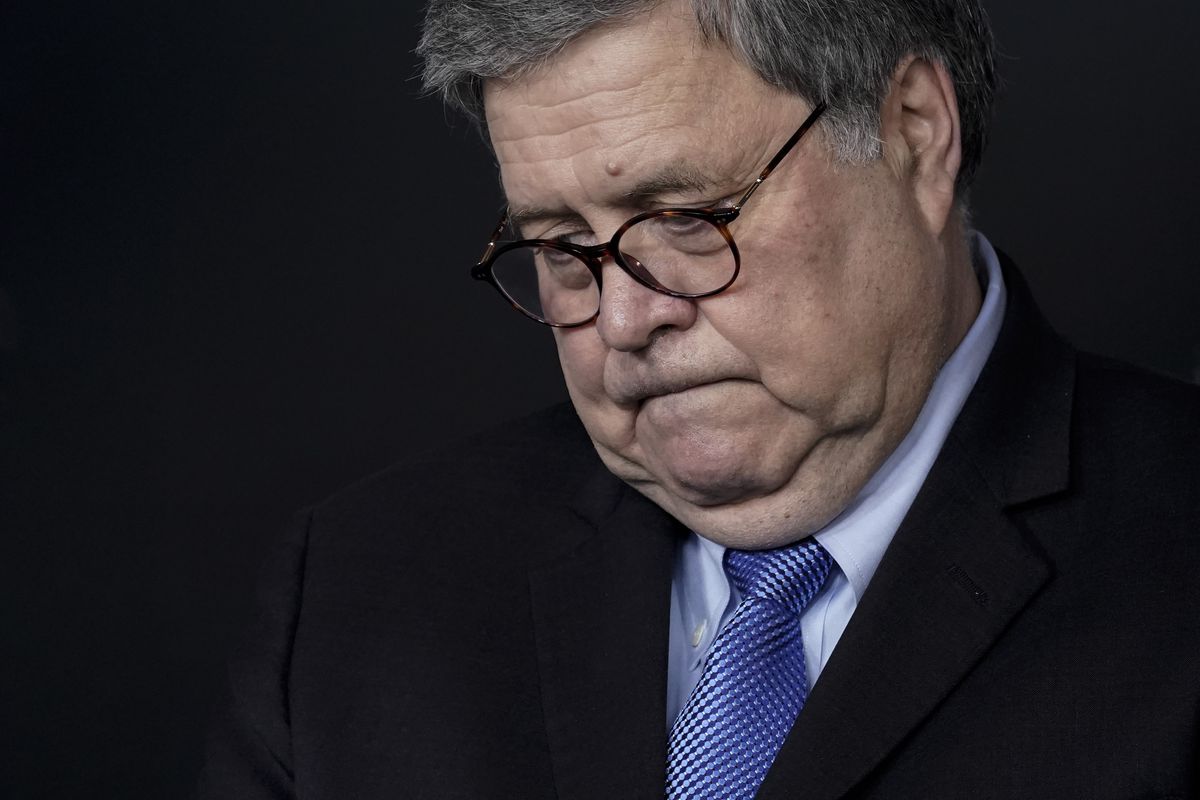 Barr will re-open the Epstein homicide suicide case, prosecute Obama for Treason, and then turn water into wine.

All according to "The Plan."

Imran Awan’s legal representative Chris Gowan, who is a previous assistant to Hillary Clinton, trashed head of state Trump and also various other Republicans in a letter after the situation was shut.

The Pakistani spy ring that penetrated the House Dems was among the greatest detraction in United States background, yet below...