An Atlanta police officer has been relieved of her duties after investigators said she attacked a fellow officer and tried to run them over with her car.

“Lt. Steed continued to defy the officer's orders and ultimately bumped her vehicle into him,” Atlanta police said in a news release Tuesday.

Police said the off-duty officer tried get Steed out of the car and she resisted, ultimately biting the officer’s hand.

Investigators said at some point during the incident, Steed identified herself as an Atlanta police officer. The department said several APD supervisors were then dispatched to the bank to investigate.

Following their investigation, officers took out several felony warrants against Steed, charging her with obstruction, aggravated assault and violation of oath by public officer.

Steed has been relieved of her duties until her case can be adjudicated. Police said she turned herself in to he Fulton County Jail on Tuesday.

She should have at least used barbecue sauce.

Oh my, is there any ethnicity involved here? Hmmm? 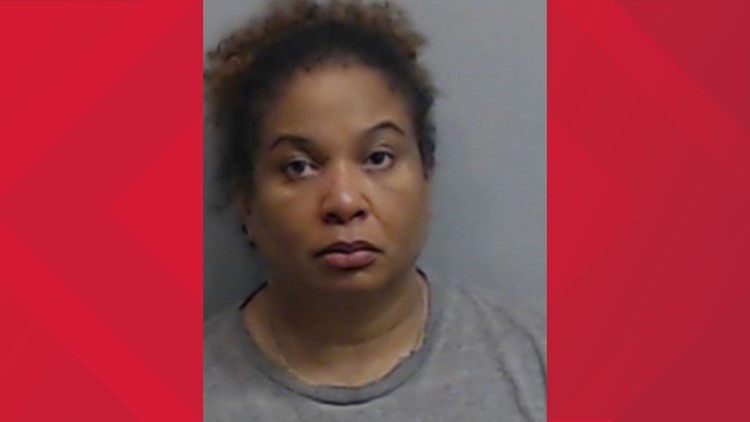 How did I know? How? 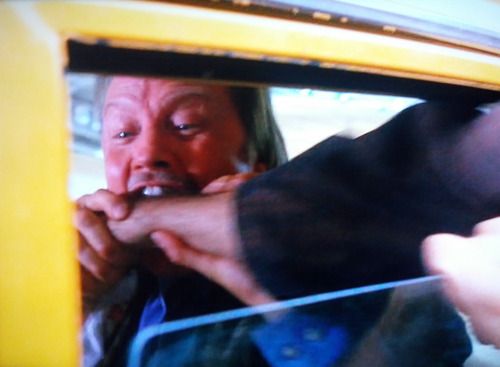 I don’t even have to look to know she has a melanin shield.

Story says she “tried to run them over”...then says she hit officer with car...them or him?...either way..that horse bit off more than she could chew.
If the off duty officer was in civvies...she might have thought he was a non officer...and she was gonna arrest him...biting the hand?...OOC

She related to Sleepy Joe Biden?

This perp is what I envisioned from the headline, but beyond that it appears she’s had a cushy job at the airport for decades so who gonna boss her around?!

She will be a Captain soon.

As soon as i saw tried to run over with car, i knew it was a female officer

“Any police department (or university faculty, or military unit, etc.) is only as good as the worst psycho they tolerate.” ~ H/T RedStateRocker

Dr. Cole: He had an epiphany; he was going to become a cop!

Eric Olsen: Ha ha ha what??? Uh, so, wait a minute, he was told by a former employer, if you ever, you better never get a job where you have influence over others, an authority position, or I’ll do whatever it takes to stop you. So wouldn’t becoming a cop kinda give him the ultimate authority over people?

Dr. Cole: Well, you know, lucky for all these other people, he kept moving from county to county so they weren’t really, uh, yeah, it is the ultimate authority he was just moving around so people wouldn’t know what he was doing, and I think getting out of the teaching profession they didn’t know what he was going to do.

He eventually applied to the Broward County Police Unit; he was rejected, though, because he failed the psychological test.

Eric Olsen: Oh that’s it he’s out of the career. No career for him He’s obviously unstable…

Dr. Cole: Does that always occur?

Eric Olsen: I would hope that it does.

Eric Olsen: How does that happen? How do they get around this?

Dr. Cole: Oh God there so many ways

Dr. Cole: My son, he’s the son of my buddy, his dad is a cop, he has to be a cop, he’s going to work in this county and we’re really understaffed, we need people, we know he failed, but it’s OK. The amount of excuses I heard to employ people.

Eric Olsen: What would cause one…

Dr. Cole: It’s not like the bar is so darned high that no one could pass, it’s nothing LIKE that, this test is just to find out is this person basically psychologically stable, are they non-sadistic, do they not have criminal or punishing tendencies or narcissistic tendencies themselves. Basically you’re trying to weed out anybody that has a like God complex; I’m judge, jury, and executioner. You want to get those people out of there. You’re trying to get people out of there that are just psychiatrically so unstable that they can’t control their emotions so, maybe some sort of bipolar thing going on or somebody that absolutely clearly has a personality disorder, like narcissistic personality disorder, antisocial personality disorder, borderline personality disorder. They are not

Dr. Cole: And I was very, yeah, I was extremely, forgiving on these psychological tests even when somebody would sort of hit sort of some of those marks on the tests we would give, I would ask in interviews I would ask a ton of questions just to be very, very sure that this person was indeed failing the psychological exam, and I did not fail that many people, but the people I failed, please believe me that it was for extremely good reasons, extremely good reasons, and half of them became cops anyway.

Eric Olsen: So when they‘d leave would they go to a different state and do it?

Dr. Cole: Hah no, they would get hired by different a county, like a couple minutes over usually. Somebody knew them and “Now let’s pick them up.” “No, no, no, he has really strong sadistic tendencies and fantasies of rape and murder, you really shouldn’t hire him” and they would. And that’s exactly, I hope it’s different that was like I said, this was in 2005, it scared the heck out of me and I said I would never have a career doing that I don’t want to know that those people are becoming officers.

Eric Olsen: Tell me it’s in the minority, though, that this happens.

Dr. Cole: It’s in the minority that people fail, the majority of people passed. But those that do fail, like I said it’s for very good reason, but half of them. Half of them got picked up. So no, it’s not a minority a full 50% got hired.

Eric Olsen: That is truly a scary number out there that 50% of...