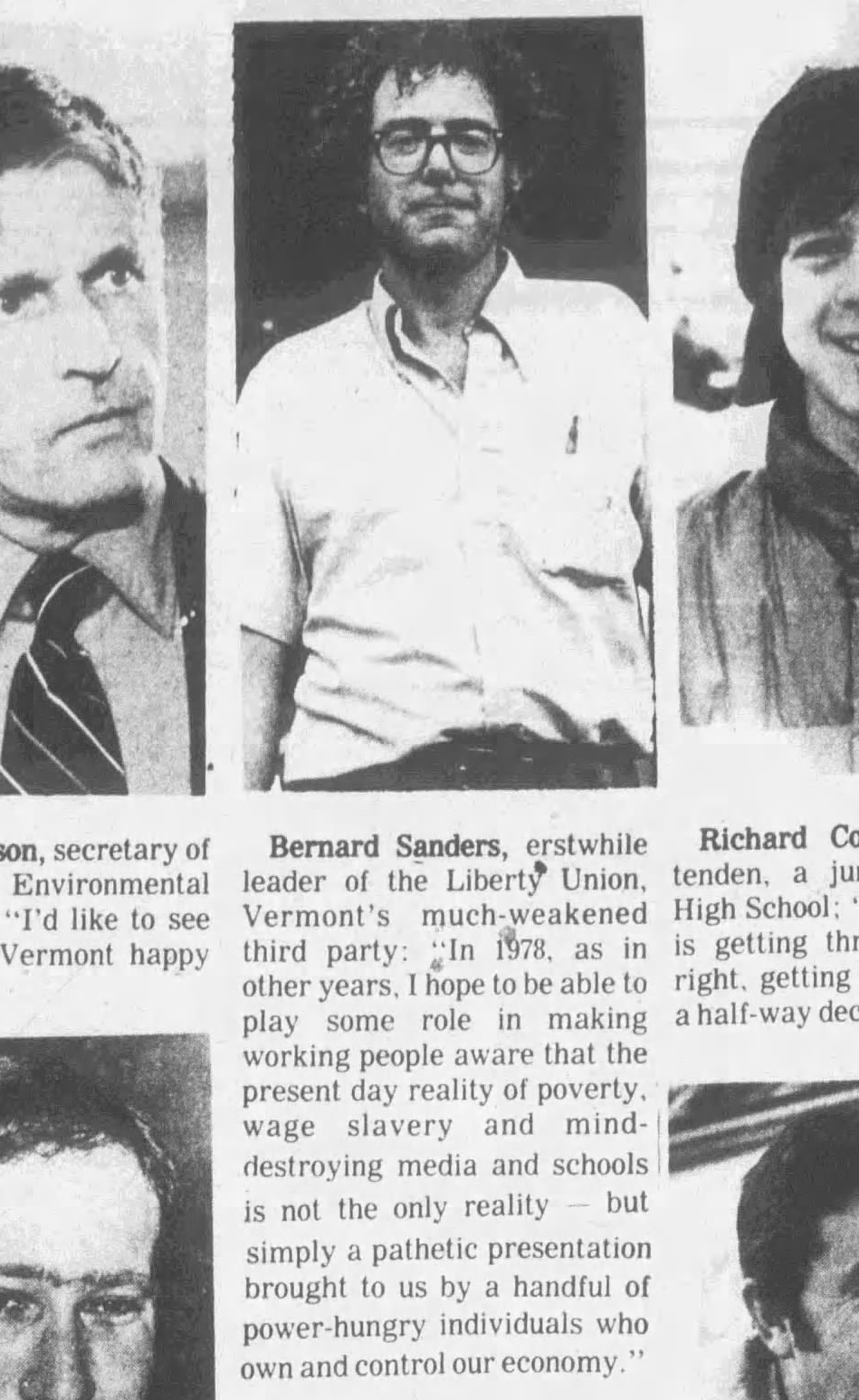 He got the part about mind destroying media and schools right.

I remember the kids in Burlington voting for him as a joke.

He is a cancer. He should be excised. It’s time to start being honest about what this guy is, what needs to happen, and get him out of our system.

The only good thing is that he has far exceeded his expiration date. A tough of pneumonia at one of these debates will rid us of these demented fools.

The Communist slob was 36 y/o in 1978, and like today, had done nothing to improve the lives of American citizens. Oxygen thief then, oxygen thief now.

He needs to be totally trashed and delegitimized so his legacy will be that of a total loser....not as a trailblazer. The guy is 78 years old.

Great find. Thanks for posting. 42 years, eh. I didn’t know that the parasitic fraud was spewing his own throw-up-in-your-mouth BS for that long.

Bernie was 37 she he made this “working people” statement.
He chose not to ever previously have a job & still lived off welfare for 3 more years after this statement.
At age 40 he was elected Mayor of Burlington & has remained on the public teat 40 more years.

Sounds exactly like one of his present-day campaign speeches.

How very consistent of him.

Bernie has never grown up. On a side note, I remember my New Year’s Resolution of 1978. I was with my twin cousins, Jim and John, and the TV show Happy Days was all the rage. All three of us made a resolution to be “as cool as ever”. Whenever I tell my wife that story, she says, “Well, resolutions are hard to keep”.

Well, sort of. Like Roger Waters, his take is 180 degrees from what they thought.

If you read it, and imagine Bernie’s Brooklyn accent when he says it, he sounds exactly the same now as he did then.

There’s sometimes something noble about personal consistency, but not in this instance.

If Bloomies really wants to sink Bernie, he should make the most of that picture and the dorky hair/shirt/glasses.

This guy is a true communist! It is becoming more and more obvious that this clown never really worked for a living and is just riding his Senate win to when he retires, which I hope will be soon.