Chimney Rock would have been such a mundane name for what many see as a magical place. There are so many “chimney rocks” in other places, including one in Colorado that became a national monument in 2012.

This old picture shows the author’s friend and his truck at the base of Chimney Rock, a name for which the park could have been known if Kodak had not granted permission to use the Kodachrome name, Kodachrome Basin State Park, Utah, Sept. 1994 | Photo by Reuben Wadsworth, St. George News However, Kodachrome Basin, a wonderland of stone spires just over 22 miles from Bryce Canyon National Park (and able to be seen from that park’s Inspiration Point) became a state park in 1962. This name was chosen because a moniker placed on it just over a decade earlier was copyrighted.

Thankfully, later on, Kodak granted its permission for the Kodachrome name to stick and the only park in the nation named after a brand of film became reality.

In fact, Kodak helped pay for early park brochures and each one had an advertisement for Kodak on the back page.(snip)

Believe it or not, according to geologists, Kodachrome Basin State Park is 180 million years old. Located on the Colorado Plateau, an uplifted region that covers the four corners area of Utah, Arizona, Colorado and New Mexico. The park’s exposed rock formations range from the Jurassic Period (180 million years ago) to the Cretaceous Period (95 million years ago). The park showcases a rock layer from each of these periods, telling the story of an inland sea that once covered this now desert landscape and testifying to the relentless erosive forces of wind and water. 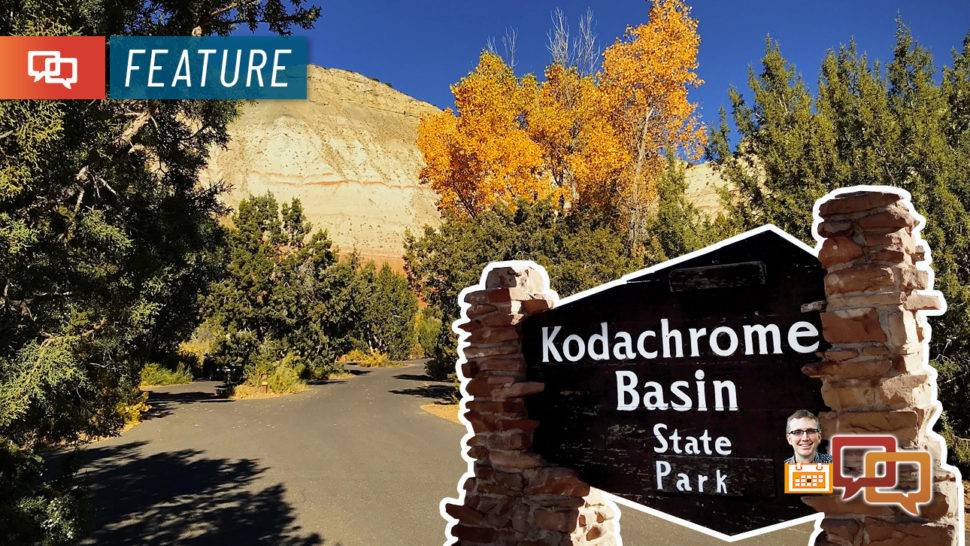 Its manufacture was discontinued in 2009, and processing ended in December 2010. 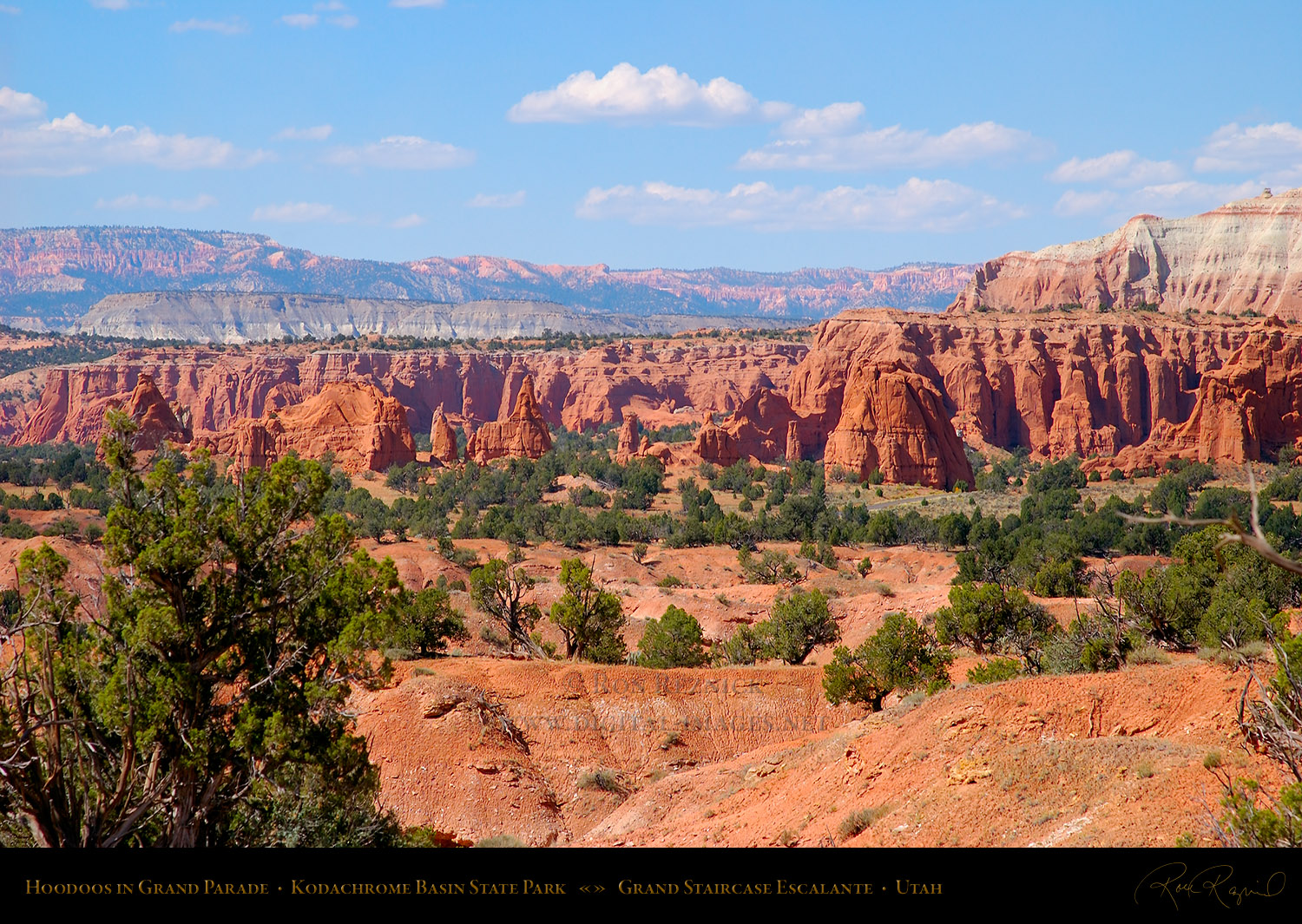 Lonely, and a lot of "desert space". After 80 miles, 'came upon a big fenced-in ranch. Not a living thing on it: no creatures, no people—just a truck showed someone lived there, maybe.

But Utah is my favorite scenic state.

Spent an afternoon there a couple of years ago. I was there at mid-day so the light was somewhat washed out but it was still good to visit it.

Don’t go down beyond it south if it is a wet day.

Had no idea that was there. I’m planning a trip next year that will include a run down Utah 12. I see that this park is just 13 minutes out of my way. I may have to plan a “stretch your legs” stop there. Thanks!!!

Nothing better than Kodachrome blues.

I live in southern UT. There is incredible natural beauty here. Please...LIBS stay away . We are all tired of LIB BS.

Just because some corporation has the money, why do they rename something?

Color photography is one thing whose price has dropped spectacularly since the 1960s, when I started shooting a lot of color slides. Back then the best I could get a 36 shot roll of Kodachrome with a prepaid Kodak processing mailer for was about $6.00, in the money of the time. I just checked with Amazon and 32 gig SD cards, each of which will hold several thousand color pictures are selling for about $6.00 apiece. The price of shooting 1080p video vs the old Super 8 has dropped similarly.

In 1954, A long time ago, I drove through Utah on a tour I took alone from Boston to see all this great country.

What struck me was I thought of Utah as being mostly like Bryce and Zion and other popular canyons.

I was surprised to see many green forested areas in Utah. -Tom

Ah, memories, I spent a week at Ghost Ranch near Chimney Rock in 1964 with our Presbyterian Church group.

My wife and I had a wonderful day there. We just had Ghost Ranch on our itinerary as something we might want to see, and just took the hike up...it was great...

I’ll bet those memories of yours are just grand...:)

I am a very sentimental person, and I can look back at those memories (which become more concentrated as time grows longer) with increasing fondness.

How lucky many of us have been.