Most of the time, when a sports story becomes mainstream, those that cover sports look at it as an opportunity. It's a chance to be critical and step outside of sticking to sports. But the latest story to intertwine between sports and politics could be their worst nightmare. That is because it involves the one thing the new media has declared untouchable: the NBA.

The Daryl Morey-China situation has really ruined things for the media and their narrative. This is a league that most media members under 45 - though, plenty over it too - say is much better than America's favorite league, the NFL. They call it more progressive, less about the greedy owners, and deserving of praise. Yet, it turns out, the great NBA is just as concerned about their bottom line as the evil NFL is. What a shocker, I know.

How sports media covers this story now and moving forward is worth watching. Meaning, how authentic they are when discussing it, if they even take the time to discuss it. Thus far, most of the bold takes that have come from the story are via those who are in the minority and have not joined in on this new wave of protecting the NBA at all costs: Clay Travis, Tony Kornheiser, and Keith Olbermann. The rest have talked about it very carefully and much less dangerously as they have in similar situations involving other leagues.

Laughin’ my butt off: all they ever care about is money and liberal politics - and they’re losing big time.

They got caught with their fingers in the hypocrisy cookie jar! The true measure of a man is not merely what he alone achieves, but what he inspires others to post

Yes and isn’t fun to watch?

I have had a very fortunate life, as an adult, and I do not have any regrets. But if I were to say that I had any regrets, what I would have to say is that I regret that I have not done more to plant my ideas in various places. I have not done so because I have not had the courage to believe in my ideas as much as I should have done. One of my good friends is Daryl Morey, the General Manager of the Houston Rockets, who is profiled in Michael Lewis’ new book, The Undoing Project. I have known Daryl Morey since he was in college, but, in a form of talent blindness, when he was in college I had no understanding of his talent.

One of the things that makes Daryl special is his willingness to bet on his ideas, his willingness and his ability to plant them in the soil and bet on them to grow. About 12 or 13 years ago he asked me to speak at a conference at MIT. The first conference was just a few classrooms and a few speakers, all friends of mine, speaking in one of those weird buildings at MIT with the funny-looking architecture and the roofs that leak. It’s just been a few years, but the MIT sports conference is held every year; now it’s a huge deal with thousands of people who attend every conference, dozens of speakers, dozens or hundreds of exhibitors. That’s Daryl’s idea, planted in the soil and grown into a big deal. Daryl and his friend Jessica Gelman.

I e-mailed Daryl last night about something unrelated to any of this, a favor for a friend, and he e-mailed back that he was at the KU game in Chicago, watching the Jayhawks play. Daryl now is funding and staging a play, a musical called "Small Ball"; my wife and I are going to go down to Houston in April or May to see the play. It’s an idea; he has bet on his idea to succeed and planted it in the soil. I would never have had the courage to do something like that. 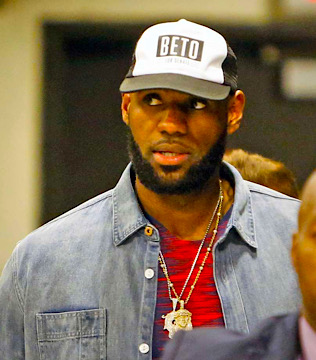 Adidas makes more money a year than the NFL and NBA combined.

And Nike makes more than Adidas.