The British prime minister who called the Brexit referendum and then saw the public vote to leave the European Union says he is sorry for the divisions it has caused.

David Cameron said in an interview published Saturday that he thinks about the consequences of the Brexit referendum “every single day” and worries “desperately” about what will happen next.

“I deeply regret the outcome and accept that my approach failed,” he said. “The decisions I took contributed to that failure. I failed.”

He admitted that many people blame him for the Brexit divisions that have deepened since the referendum and will never forgive him, but he defended his decision to call the vote. …

TOPICS: Local News
KEYWORDS: brexit; cameron; davidcameron; eussr; fourthreich; liberalconservative; redtories; uk
Cameron campaigned on the referendum, but the AP conveniently leaves that out; it was only until the pressure caught up to him that he finally kept his promise.
1 posted on 09/14/2019 6:56:38 AM PDT by Olog-hai
[ Post Reply | Private Reply | View Replies]
To: Olog-hai

The EU is rotten through and through. Giving up part of your sovereignty is never a good thing. 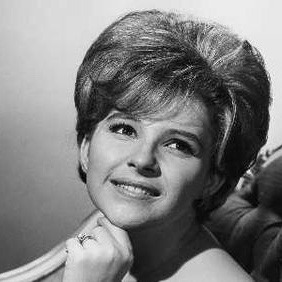 They need to get out, but the aristocratic parliament will never allow it!

Cameron is the George Bush of Britain - an incompetent, backstabbing, aisle crosser who has little fealty to the views of the people who elected him.

Thanks Olog-hai. The spineless sneaky scheming bastard didn't apologize at all, IOW.

You’re right and now he’s really apologizing for having given UK voters the choice to leave. Cameron is a CINO.

David Cameron had the integrity to actually give the British people a referendum on the EU after successive Tory governments had been promising to do so and had not been delivering on that promise for well over 20 years.

If only the ReMoaners had the integrity to abide by the will of the people and leave the EU.

No, it was not integrity that made him fulfill his promise after putting it off several times following accession to the prime ministership; it was public pressure. He, as a “liberal conservative” (his own words, hence a Red Tory who rammed “gay marriage” down his country’s throat), would have been satisfied with finding means to put it off indefinitely; he even campaigned for a “remain” vote.

“I’m sorry so sorry” by Brenda Lee?? Is that what the picture is?