ROCKPORT — A local temperance leader from the 1850s and nostalgia for the past kept Rockport from opening a liquor store for 162 years, according to historians and residents.

On Saturday afternoon, that changed.

The ghost of Carrie Nation is not amused.

Wilton, CT stayed dry for a long time, but no longer out of mere anti-booze sentiment. The locals theorized that not selling alcohol discouraged a certain element from living there.

I think there's a Carrie Nation bar in Boston. 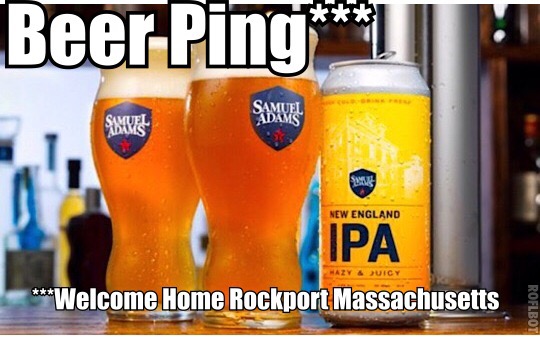 And, I'll guess that certain OTC products were in the back of pharmacies, too. Bums are wont to do a grab and dash.

“To alcohol! The cause of, and solution to, all of life’s problems!—Homer Simpson

I’m tempted not to relay this story because of conservative legalists that may attack. But humor wins out. I worked rebuilding a house in Rockport 20 years ago for a very colorful conservative. He almost burned it down when he fell asleep while drinking and smoking a cigarette. The first scheduled day of work he called to say we couldn’t begin because his gun was lost somewhere in his house.

“He was indeed finding alcohol somewhere in Rockport———”

Nearby Gloucester does have booze including a bar called the Crow’s Nest.Looks small but when the movie The Perfect Storm was filmed, the studio made a huge version of it.