Facebook investors have called on the company’s chief executive Mark Zuckerberg to step down as chairman, following reports that the company hired a public relations firm to smear its critics by drawing links to George Soros.

The attack on Mr Zuckerberg is set to complicate the daunting challenge facing Sir Nick Clegg, Facebook's new global head of policy and communications, who joined last month and has been asked to conduct a review of Facebook's use of lobbying firms.

Jonas Kron, a senior vice president at Trillium Asset Management, a US investor which owns an £8.5m stake in Facebook, last night called on Mr Zuckerberg to step down as board chairman in the wake of the report.

“Facebook is behaving like it's a special snowflake,” he said. “It's not. It is a company and companies need to have a separation of chair and CEO.”

Both Mr Zuckerberg and Sir Nick have been under pressure following reports Facebook hired Definers, a Republican public relations firm, to help repair its battered reputation following intense criticism of the social media platform's handling of a scandal over Russian interference in the 2016 US elections and the Cambridge Analytica scandal.

I love the smell but f liberals eating their own!

I don’t know what all this means really, but facebook sucks.

Facebook is dead, it just doesn’t know it yet...perhaps they can change the name to wraithbook

“perhaps they can change the name to wraithbook”

There may be some federal crimes here. May have to get the SEC, FEC, CIA, FBI and the DOJ involved. And if any cooperation between facebook, twitter, google, youtube and/or Hillary, the DNC, the Democrats, the Swamp, the Russians, et al, it would be a conspiracy to defraud the investors, defraud the US, possibly attempted coup.

Will Mark Zuckerberg be accused of anti-Semitism? 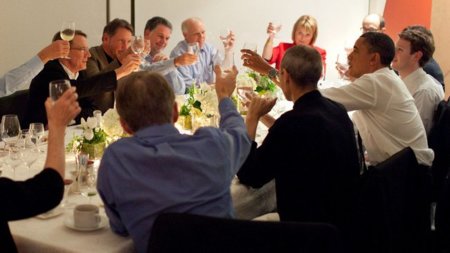 I’m in FB jail again. I have 3000 followers and have used FB to our advantage organizing rallies, protests and fighting for the 2nd Amendment in this hell hole of NY.

I’m in Buffalo area and we are surrounded by leftists
idiots. We have been able to grow our network beyond our area to state wide connections now.

Something has to happen because we are running out of options here. I want desperately to leave but like thousands of us, we have families to be concerned about, kids, grand children etc....

How is Zuckerberg’s fake news worse than the mainstream media’s?

Soros needs to be condemned and also anyone else who wont condemn if. We need to make Soros the lightning rod.

We should back Zuckerberg on this just to increase the overall level of damage in a fight between enemies.

Describe the SJW activities as a game of “Throw the Jew down the well” and watch heads explode.