Barbra Streisand compared President Trump to the nursery-rhyme character Humpty Dumpty in a recent interview, calling him a “fat egg, sitting on a wall, and one day he’s going to fall off the wall.”

"And crack,” added the singer and actress, a longtime critic of Trump, in an interview with The Guardian released on Friday.

Streisand’s interview with the publication was one of her latest stops in an ongoing promotional tour for her new album, "Walls."

Though the new album doesn’t mention Trump anywhere by name, Streisand made clear in the interview that much of the project links to a broader theme about the danger she believes the president poses to America.

“This is what’s on my mind,” she says. “This is a dangerous time in this nation, this republic: a man who is corrupt and indecent and is assaulting our institutions. It’s really, really frightening. And I just pray that people who are compassionate and respect the truth will come out and vote.”

The Academy Award winner went on to clarify that she’s “saying more than just vote” but to also “vote for Democrats.”

“Vote for what they want their country to look like and feel like and be like. And treat each other with kindness and respect — I have friends who are Republicans and we have dinner and agree to disagree,” Streisand continued.

“Facts matter,” she said. “Words have meaning. This man defies that. He says climate change is a hoax. Let’s release more coal and carbon into the air and have more megafires and hurricanes. I mean he’s so stupid! He’s so ill-informed. Liar is not enough of a word. There must be a bigger word for someone who lies about everything.”

When asked if she was anxious the president will come after her given his propensity to slam his critics on Twitter, Streisand told the publication she doesn’t know but “that’s the chance you take.”

“The country is more important to me at this point than whether my album sells. I’m sure 'Don’t Lie to Me' turns off a lot of people who are Republicans or right-wingers,” she said. “But there are some good Republicans! I was friendly with John McCain. I’m friendly with Colin Powell.”

“Maybe he doesn’t think I’m powerful enough. I’ve seen him in the film of people in my audience … maybe he’s a big fan!” Streisand added with a laugh. “I don’t know.”

The singer captured headlines earlier this month after releasing a music video of her new single, “Don’t Lie to Me,” which depicted a United States in turmoil under Trump, with images of protests and citizens including former President Obama in tears.

“You have to write lyrics that can be more than just a protest,” she said of the song in the Friday interview. “They have to appeal to a universal audience. Even when I wrote 'Don’t Lie to Me,' at first I thought, well, I could make you think it’s like a love affair, a marriage breaking up. It’s a universal thought: don’t lie to me.”

Streisand’s new album is slated for release on Nov. 2, just before Election Day.

The outspoken Democrat has criticized Trump throughout his presidency and blasted him as a “disgrace” in a fundraising pitch released by the Democratic Congressional Campaign Committee earlier this year.

TOPICS:
KEYWORDS: babs; barbarastreisand; trump Navigation: use the links below to view more comments.
first 1-20, 21-40, 41-52 next last
When a celebrity appears out of nowhere to give an interview you know they have a new project they're promoting. Ms. Streisand apparently has a new album called, "Walls".

They then use the interview as a platform to get free publicity by making outlandish comments.

This is a classic example.

Ms. Streisand has a new album and she goes political for free publicity.

I don't generally post celebrity chatter but I believe everyone should be aware of this Hollywood game of product promotion and product placement that masquerades as 'political' celebrity news.

And she would know... she's been cracked for decades.

Nowhere in that song is Humpty referred to as an egg. Using that logic we can infer that The Way We Were is really a secret ballad Streisand is singing to her 3 legged hermaphroditic billygoat lover from her lonely teen years?

Baba is as cracked as her voice.

Apparently so. And as hideous as ever.

Horse face should really think twice about throwing stones from the porch of her glass house. She’s ugly to the bone

Nice by-line on your FR handle.

That was a Babs quirk.

One of her many conditions for singing at LV’s MGM Grand was that they provide an attendant putting ROSE PETALS in her toilet water.

Not once, no. I mean EVERY time that toilet got flushed, and that toilet was only for her.

The MGM retorted that their piping was old and wouldn’t permit the extra volume.

14 posted on 10/26/2018 7:38:12 AM PDT by gaijin
[ Post Reply | Private Reply | To 1 | View Replies]
To: yesthatjallen
“You have to write lyrics that can be more than just a protest,” she said of the song in the Friday interview. “They have to appeal to a universal audience. Even when I wrote 'Don’t Lie to Me,' at first I thought, well, I could make you think it’s like a love affair, a marriage breaking up. It’s a universal thought: don’t lie to me.”

So you thought about lying to your audience and now you're just lying to yourself, Babs. Don't flatter yourself. You're no Bob Dylan. That song is pure rage over Donald Trump... feel the hate seethe. 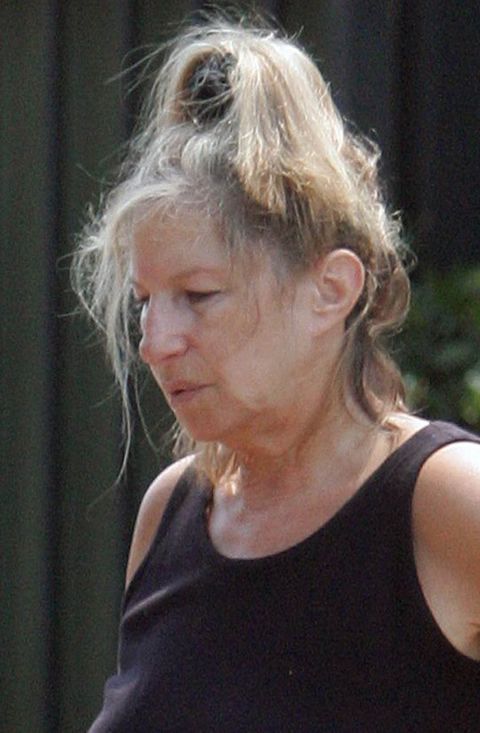 Cross-eyed, B.S. says T is fat egg who will fall and crack

1)cross-eyed: I’m not a hypocrite about the fact that it looked good on the late Karen Black.

2)fat and crack: Does this mean Rosie O’Donnell and Amy Schumer should fear for their safety and stop smoking crack at leftist dope parties? She should spell that out.