An interesting phenomenon in politics is the flip flop. What would cause a politician who takes a stand on an issue to reverse himself and take precisely the opposite stand on the same issue? Even more interesting is the about face or volte face. The volte face goes beyond the flip flop because it represents a total and usually lasting shift of course, as when Reagan abandoned the Democratic Party and became a Republican.

More interesting even than the volte face is when a whole group or party makes this shift. Perhaps the most dramatic example in our lifetime is when the Soviet Communist Party in 1991 abolished itself. It’s one thing for an individual to undergo a wrenching conversion but what would cause a whole party to reverse itself in that way? Could it be a transformation of the collective conscience, or a new perception of group interests, or what?

The data show that blacks did not switch from the Republicans to the Democrats in the 1960s. They did not do it because of civil rights. Rather, a majority of blacks became Democrats in the 1930s. This was at a time when the Democratic Party was manifestly the party of segregation and the Ku Klux Klan. FDR, who got less than one-third of the black vote in 1932, got 75 percent of the black vote in 1936.

Why would blacks leave the party of emancipation and resistance to segregation and lynching and join the party of bigotry and white supremacy? The depressing answer is that blacks did it in exchange for the crumbs that they got from FDR’s New Deal. We have seen earlier how FDR designed the New Deal to exclude African-Americans and preserve Jim Crow. How delighted and amused FDR must have been to see blacks coming over to his camp even as his administration worked closely with racist Democrats to screw them over.

The pushback/reaction to that assertion will be epic; assuming Blacksor libs pay any attention to Dinesh, which they probably don’t. Fortunately I will be well out of range, not giving much of a crap as I do.

I have read arguments that state that blacks went Democrat in the 1960’s. It was very interesting to read that it happened much much earlier!

Human nature is really predictable I guess. A promise of free ice cream for a vote really does work.

The voter gets his free ice cream and is happy until he sees the result of what he voted for. So why then does that same voter continue to vote for the free ice cream candidate election after election even though he knows he’s getting screwed in the long run? It’s the most expensive free ice cream in the world! It’s plantation ice cream but for one time it’s free.

It follows that Republicans are not going to woo away people from the Democrats, who are primarily there for the goodies.

I am not sure why so many Blacks switched to the Democratic party. I do think it had something to do with FDR tho.

A large number used to be named Roosevelt and I don’t think they were named after TR.

So they have been dumb as shit for 80 years as opposed to only 50.Got it

Does’t surprise me at all for blacks to go over like all others did due to “promising freebies” as FDR did en masse.

FDR hooked alot of people with his gimme “programs”.

(I despise the SOB.)

Blacks moved Dem because of it, but they solidified in the ‘60s when the final nail of open welfare and “AA” (ha ha) came in.

10 posted on 07/29/2018 5:16:38 PM PDT by the OlLine Rebel (Common sense is an uncommon virtue./Federal-run medical care is as good as state-run DMVs.)
[ Post Reply | Private Reply | To 3 | View Replies]
To: yarddog
A large number used to be named Roosevelt and I don’t think they were named after TR. 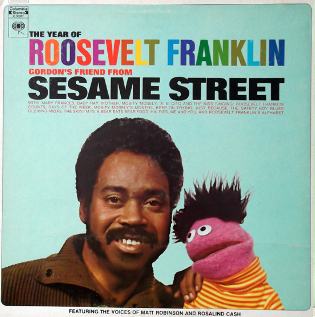 Northern Blacks became majority Democrat by 1936 (Hoover got a majority of the Black vote in 1932). Southern Blacks, except for small numbers, couldn’t vote. Had they been able to vote in the numbers they do today, the Southern states would’ve sent Black Republicans to office at the legislative and federal levels.

Southern Blacks, once enfranchised, moved into the Democrat camp post-1964 (although there were some exceptions - in Birmingham, for example, a coalition of White Republicans and Blacks helped to dump the racist Democrat machine and vote in a White Republican Mayor in 1967). Unfortunately, however, Blacks became extraordinarily polarized and radicalized by 1968. No matter how much Republicans targeted policies designed to help them, they would vote Democrat in uniform lock-step regardless of their locale.

One Republican Governor in Delaware complained he spent 4 years bending over backwards to Blacks in his state, and they still voted for his old-line racist Southern Democrat opponent in 1972 (with Joe Biden being next down the ballot, where they similarly turned out both the GOP Governor and Senator). Nixon did enormous things for the Black community, as Dinesh D’Souza pointed out, but it barely earned him a couple points (around a paltry 10-12%) better than he got in 1968, and far below the 25-30% he got in 1960. So radicalized were Blacks that when poor Sammy Davis, Jr. got up to endorse Nixon in ‘72, he was turned into an instant pariah by his own community, to Davis’s utter disbelief. Anybody Black not on the Democrat plantation by 1972 had to be destroyed, and so it still remains 46 years hence.

13 posted on 07/29/2018 5:29:45 PM PDT by fieldmarshaldj ("It's Slappin' Time !")
[ Post Reply | Private Reply | To 3 | View Replies]
To: Enterprise
"Historian Ira Katznelson points out that median black family income was around $500 a month, which means most blacks lived at subsistence level without electricity, hot water, refrigeration, adequate plumbing or gas for cooking. “Under these circumstances,” Katznelson writes, New Deal benefits “limited though they were” and “however discriminatory” still offered some relief and solace to a “desperate population.”

The sole Black member of Congress (who served from 1929-1935) was Chicago’s Oscar DePriest. DePriest was no left-winger and bitterly opposed the New Deal and its “goodies” because he was utterly terrified it would destroy the industriousness and independence of the Black community. That made him an enormous target for the 1934 midterms for FDR to get rid of him. The formerly White Republicans in the district voted overwhelmingly for a Black Democrat (himself a former Republican) overwhelmingly and DePriest lost (despite his apparently still receiving a majority of the Black vote, but not enough of them).

The district (IL-1) still remained competitive for Republicans until the 1946 elections (with the GOP nearly winning the seat back a few times - although Chicago Democrat corruption was likely to blame for that not happening). Sadly, after 1948, the district, like Chicago, became heavily polarized and Democrat and never was to elect a Republican again. DePriest’s greatest fears came true.

I have read both; more prevalently that LBJ was the author of the demographic > political shift. Of course, it is impossible to practically resolve which story is true: essentially one has to pick which story they believe and make some kind of value judgement as to which makes more sense. Not that that is “science”. But I have reasonable confidence that Dinesh has faithfully performed the research to reach his conclusion.

17 posted on 07/29/2018 5:38:37 PM PDT by fieldmarshaldj ("It's Slappin' Time !")
[ Post Reply | Private Reply | To 14 | View Replies]
To: fieldmarshaldj
Another reason blacks went for Roosevelt, was that in 1928 Herbert Hoover promised blacks that Civil Rights would be at the forefront of his administration. That included federal anti-lynching laws, etc. However, Hoover didn't follow through on these promises and when FDR promised the New Deal black voters flocked to him.

Unfortunately for blacks, most of the jobs went to white workers, especially in the South where Democrats ruled blacks by terror.

I have an entirely different analysis.

Southerners were overwhelmingly Jeffersonian Democrats right from the time of the ratification of the Constitution up to their defection from the Democratic Party en masse in the 1950s-1992 when they elected Republican congressional majorities for the first time since the end of the Occupation.

What did Jeffersonian Democrats believe in? A balanced budget, limited government expenditures, decentralized power and state’s rights, the right to keep and bear arms, and they always had a strong cultural affinity for the military. These views have been remarkably consistent among Southerners for well over 2 centuries. That have never waivered from them.

Look at the Democratic Party today. Which of those do they believe in? Absolutely NONE of them. The Democrats today are the party of big government, centralized power, massive expenditures, gun grabbing and military weakness.

The Left is of course LYING when they claim the only reason anybody could ever oppose them and their agenda was and is racism. This smear tactic is their answer to any disagreement with their socialist/cultural marxist pronouncements on any and every issue. They dare not engage on the issues so they just try to slime anybody who doesn’t go along with them.