Miami police were forced to briefly shut down the area surrounding an art show and clear the site after security dogs reacted to a suspicious crate in Miami, Fla., during the Art Basel festival on Saturday morning.

But when authorities opened the crate outside the Art Miami tent, it contained none other than a “punk” style picture of Hillary Clinton -- complete with pink hair and a studded jacket.

The potential threat, nonetheless, delayed the opening of the tent located at One Herald Plaza, blocking out both event staff and attendees and prompting police to section off Biscayne Boulevard with their cruisers and caution tape, according to the Miami Herald.

Authorities eventually ran the 16 inch-by-20 inch acrylic wood artwork through the scanners, and it was deemed free from any threatening materials.

The painting, done by Orlando-based artist Scott Scheidly, had also been shipped a similar pop art-style portrait of President Trump – dubbed “Trump Pimp” – but the president’s painting had already been removed from the crate prior to the security check.

Both artworks were listed at $4,000 each and sold to a single collector.

Police and event organizers said that it was unclear what had sparked the security scare, with gallery owner Ken Hashimoto joking that he assumed it to be a “Republican bomb dog.” Can Dogs Sense if Someone is Untrustworthy?
https://www.canidae.com/blog/2013/04/can-dogs-sense-if-someone-is-untrustworthy/

oooh oooh that smell, can’t you smell that smell?

Doubt it unless he was snarling and growling, then raising his leg on it.

He looks like such a clown. About as bad as Timmy Kaine.

Do the dogs alert on weed? I mean, if it was a crate that came from an artist...

Do any non-liberals bother to attend “art” festivals? I mean, art has devolved into crap that no one wants to buy, so government has to waste our money on the NEA and similar welfare programs for the useless.

Dogs reacting to a bitch.

I am reminded of the line from the Twighlight Zone episode The Hunt: “You see, Mr. Simpson, a man, well, he’ll walk right into Hell with both eyes open. But even the Devil can’t fool a dog!” 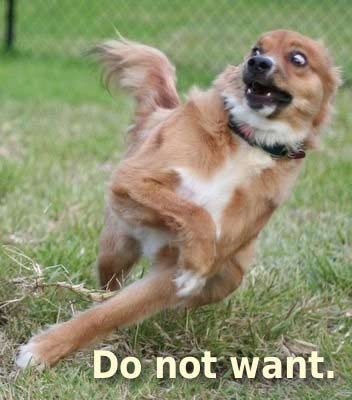 There are pretty good at detecting evil.

>>The More Money Than Brains Club recruiting class of 2017...

> I mean, art has devolved into crap that no one wants to buy...

I first heard of Art Basel from the Watter’s World segment that aired last year but before that I’ve been continuously astounded by the pure excrescence being bought, in a lot of cases showing up in upscale corporate lobbies, many for a lot more than the $4,000 mentioned in the article.

While I will be the first to express my disgust at this “art”, part of me wants to find the suckers that this kind of money and sell them my own chicken scratchings. Find a fool and take his money.