The accident was the sixth involving Russian military aircraft this summer, reported news agencies. The ministry said the crash was probably caused by a malfunction, although other causes were not ruled out, reported Sputnik News Agency.

I’m betting on bad or no fuel.

But i thought SCOTUS ruled last week that gravity now pulls up, and not down....the earth and physics are in big trouble now

..or contaminated fuel. How’d ya miss THAT one?

Their first attempt to use some ethanol.

That or gravity. It’s a real toss-up here. 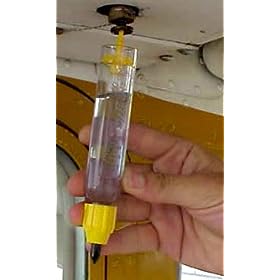 Protip: it's located next to your preflight checklist.

This sort of thing happens when an old decrepit starts strutting around like it’s 1979 (or 1945) all over again. Putin’s spirit is willing but his hardware is weak. Those little blue pills are affecting his mind.

Close, but not quite right.

SCOTUS ruled that John Roberts goes down, until the person holding his ears (in this case Barack Obama), pulls up.

I thought the Supreme Court had repealed the law of gravity.

SOTUS ruled that John Roberts goes down, until the person holding his ears (in this case Barack Obama), pulls up.

Oh is that why John Roberts goes by the nickname “DC Bob”?

“Probably caused by a malfunction”....YA THINK??

'Hunerd Wi Tu Low Lead is being replaced... and the proposed replacement fuels are... undyed.

What could POSSIBLY go wrong?!? Hmmmm... Is it water or is it 0bamagas? Who knows?

I guess you need to fly it to find out what's in it.

Maybe they could get it down to the third noisiest aircraft ever.

Reminds me of the following:

When returning from a weekend cross-country flight. . .we stopped for gas at a joint civilian/Guard airport for fuel.

After re-fueling the WSO went into the local FBO to file our flight plan and I did the walk-around.

As I was doing the walk-around a private jet with MGM Grand name and logo on the tail pulled up and parked next to us.

Several big black limos were waiting for the passengers. . .turns out the VIP on-board was Garth Brooks.

When he de-planed he saw this great fighter parked next to him and sent his advance-man over and asked if Garth could look at the jet. I said “Sure!”

While Garth began to walk over I undid one screw holding the door closed, opened the under-wing travel pod (the door flops downward) and retrieved the canopy bracer bar to put in the cockpit so there would be no chance the canopy might abruptly fall onto him and cut him in half.

Garth came over, we did our howdy’s and then another advance-man came up and practically dragged him away. . oh well. . .I removed the bracer bar and stowed it back in the travel pod and half secured one screw to put the door up, climbed into the cockpit and strapped in.

The WSO comes back and disappears under the wing (I assume he is securing the travel pod door as he has the ‘snoopy tool’ that is used for those screws.

The WSO came-out from under the wing, climbs into the rear cockpit and soon we had engines started, taxied for takeoff and were cleared for takeoff. We even had approval for an unrestricted climb to 25,000 feet. . .i.e., full after-burner takeoff. Of course, we wanted this take off to impress the civilians at the field.

Take-off was as usual, full AB, barely airborne, gear up, flaps up, level flight to end of runway then, YANK, pulled the nose vertical and shot up to 25,000 feet.

At altitude we were congratulating ourselves on such an impressive departure when ATC called:

ENROUTE ATC (with humor in their voice): “Eagle 11, XXXXXXX Tower called and wanted to know what kind of starch do you want with your laundry?”

ME: “Hey, Did you secure the travel pod door?”

WSO: “No, I thought you or transient servicing did”

In the words of Homer Simpson: “D’Oh!”

Impressive airshow. . .the boss was not impressed.