Miami Dolphins safety Don Jones was fined an undisclosed amount Sunday and will undergo educational training after sending a negative tweet about Michael Sam, the first openly gay player to be selected in the NFL draft.

Shortly after the St. Louis Rams took Sam in the seventh round Saturday, Jones tweeted “OMG” and “Horrible.” The tweets were taken down a short time later.

Jones apologized for his comments Sunday and described them as inappropriate. The Dolphins said Jones has been excused from all team activities until he completes training related to his comments.

Nevermind. You could be sent away.

the dolphins can save a lot of money in training fees if they just buy the used Cambodian reeducation camp training manuals. 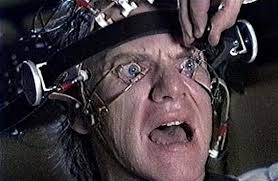 Off to reeducation camp with you!

You know the way the Dems keep going ever-further left every single day, if the GOP would simply stand up for American jobs, they would walk away with the next election.

Sam is a twofer so is higher up on the Victim Value Index.

NFL players now have to be sensitive

10 posted on 05/11/2014 9:28:08 PM PDT by GeronL (Vote for Conservatives not for Republicans!)
[ Post Reply | Private Reply | To 1 | View Replies]
To: massmike
Jones was referring to the disgusting, repulsive display of Sam licking cake icing off the lips and tongue of his boyfriend on national live TV. For THAT he needs re-education camp?

Last one out of America turn out the lights...

I am a FReeper and am probably already on some ones list. ;)

Free speech is no more. Not by killed by the government directly, but by the media and big corporations.

I take it Don Jones is not Amish?

So Jones has been Samed a new verb is born.

...and include govt., public employee unions, and academia

Too bad the kid will not stand up for what he said. 90% of the country feels the same way about the slobbering public display the queers put on.

So right! So true!