Where are the conservative radio talk show hosts disappearing to?

TOPICS:
KEYWORDS: conservative; host; radio; talk; talkradio Navigation: use the links below to view more comments.
first 1-20, 21-40, 41-56 next last
I listen to my local AM station, KTAN, Sierra Vista, AZ while getting ready for work and whenever in my car. For over a month now I’ve noticed that at least three, maybe more talk show hosts, are unusually absent. The Andrea Tantaros Show is in the morning, Sam Sorbo has been sitting in for a quite a while. Shortly after that Jerry Doyle went on leave and hasn’t been heard from. AND then shortly after that Rusty Humphries went AWOL. I even think Michael Savage is missing. So what gives?

Whenever conservative talk show hosts go on leave it’s been for only a week or two at the most. For so many of them to be absent from their own shows for an extended period of time, at the same time, strikes me as highly suspect. This is not a coincidence.

Have any other Freepers noticed other conservative talk show hosts being absent for an unusually long period of time? Do any of you Freepers have any intel as to why or what’s going on?

Guess you missed the “lyin’ king” sayin’ we had to stop listening to those talking heads on the radio. Also, you must have missed the part about “if you don’t stop listening, we’ll make sure there’s nobody to listen to”. “I’m really good at killing people.”

Jim Quinn, from the “Quinn & Rose” show syndicated out of Pittsburgh, also left unexpectedly in the last week. My parents still live in the area (and are big fans), and according to them, say that he “couldn’t reach some kind of deal” with the radio station.

RadioDiscussions.com:
Now TRN Sues Doyle!
http://radiodiscussions.com/showthread.php?655489-Now-TRN-sues-Doyle!
>>The meltdown continues. This morning Tom Taylor Now reports that TRN’s Mark Masters is now suing host Jerry Doyle for breach of contract ...Even if TRN manages to survive, who in the world would be so masochistic as to want to work for them?

Rick-the-talk-show-host from “Domestic Enemies the Reconquista” for reals? ping.

>>Rumors about the demise of TRN began popping up on Friday following a report at Talkers.com. Mark Masters, CEO of Talk Radio Network, claimed there were many inaccuracies in that report, but that a full statement would not be released until Monday...If you carry any of their programming it might be worth preparing alternate solutions in-case there is nothing produced to air in the coming days.
Phil Hendrie seems to be correct. There has to be a reason why the top talent have been fleeing like rats from a sinking ship.

http://www.insideradio.com/Article.asp?id=2697150#.Uozs-MSTiSo
FROM A MONTH OR SO AGO:
>>Financial turbulence, layoffs rock Talk Radio Networks.

Multiple Talk Radio Network air talent and producers claim they did not receive their paychecks last week while numerous employees in the network’s Oregon offices have received termination letters, according to multiple sources who work for the company. In a termination letter sent Friday to employees in the network’s Oregon operations centers, CEO Mark Masters said the network is “suspending most of our business operations.”
- See more at: http://www.insideradio.com/Article.asp?id=2697150#.Uozs-MSTiSo

They have pretty much disappeared from Sirius/xm as well.

10 posted on 11/20/2013 9:13:06 AM PST by Conservative4Ever (A pox on the House of Apple and the ios7 horse they rode in on.)
[ Post Reply | Private Reply | To 1 | View Replies]
To: fightin kentuckian
We lost Michael Savage from our Clear Channel station last summer. He had an evening slot. We lost Quinn and Rose from our morning drive show on Monday.

Rumor is that Clear Channel is self-censoring to avoid the wrath of the FCC.

Let your heart not be troubled! Sean Hannity here! OK....I just want to...get into this. Taxes....you know. I pay A LOT in taxes. I live in New York, and you know, I pay so much in taxes. I should move, if I lived in Texas or Florida, I would not pay as much in taxes. Now, I come from very humble roots. I washed dishes. I worked in construction. I believe in HARD WORK. What I do, it's hard. It's very, very, very hard. I drive a Cadillac Escalade, I get a new one every year. I like the Escalade. So you see, I can relate to the average working family who is hurt by taxes and ObamaCare. Boy, I really like Martina McBride. Anyway, the Sequester is not really cutting the military....I am told that it is not by knowledgeable people who in Congress who really want to cut the military, and they are telling me it is not hurting the military, so it is not hurting anything. OK? Besides, I don't want to pay more in taxes, because.....let me tell you....I pay A LOT in taxes. But I come from a very modest background. Did I tell you that I washed dishes, and I used to work in construction? 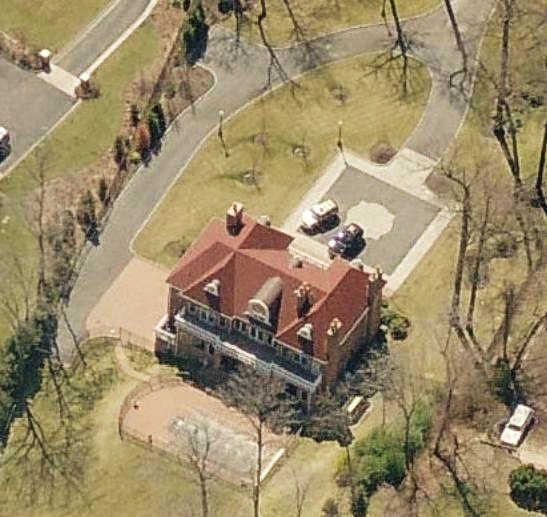 Do you receive 104.1 the Truth (FM)? A little silliness due to FM format, but very compelling talk and excellent callers as a rule.

I am in Wisconsin, but I listen online (drive time show host James T. Harris is a Wisconsin transplant). The morning guy is very good as well, IMHO.

We still have Laura Ingraham, Rush, of course, Hannity, Mark Levin. I don’t know of the local ones.

Because XM/S has split ways with Clear Channel

>>Now, CC sells its interest in the company for $135.5 million – the value of the stock – and that means most of the CC-programmed content will disappear from the XM Radio platform. That’ll include some of the company’s music FMs such as hip hop WGCI, Chicago; country signal WSIX, Nashville and hot AC WLIT, Chicago. But two of the CC-radio channels are expected to stay on the XM platform – WHTZ, New York and KIIS, Los Angeles. It also means the talk radio channel on the XM platform will see talent like Glenn Beck, Bob & Tom, Todd Schnitt as well as Fox Sports Radio programming go away.

16 posted on 11/20/2013 9:22:37 AM PST by raccoonradio
[ Post Reply | Private Reply | To 10 | View Replies]
To: fightin kentuckian
I've got relatives in the Pittsburgh area who listened to conservative talk radio on 1360 AM. The lineup included Laura Ingraham and Mark Levin.

Poof! The entire station is off the air, and has been for weeks. The station's website looks the same as it did before. There is no mention of why they're off the air. Very odd.

Michael Medved and Hugh Hewitt are still on the air every day.

For example, on big stations at night (when I can get them):

The Obama government is "nudging" talk radio into a self-imposed "fairness doctrine." IMO it is using phony experts to advise talk radio owners that the public is tired of "hyper-partisan" political and national issues talk.

For example Hannity is being replaced by Michael Savage starting in January. Here's why . . . Cumulus will promote personalities like Michael Savage, who . . . has tempered his performance amid concerns over being hyper-partisan to a more populist presentation, using softer subjects and more humor.