Duke University president Richard Brodhead, who abandoned his own students and took the word of a prostitute before knowing the facts in the infamous Duke Lacrosse case, has served as co- chairman of an allegedly bipartisan group convened by the American Academy of Arts and Sciences to investigate the value of the humanities in the college curriculum.

Said Brodhead in a news release: "The humanities - languages, literature, history, jurisprudence, philosophy, comparative religion, ethics, history and arts criticism - tell our shared story as a culture and help us appreciate our commonalities and differences. The social sciences - including anthropology, archaeology, economics, political science, sociology and psychology - analyze the lives of individuals and societies, revealing patterns of behavior and interpersonal dynamics."

Who could disagree? The problem is the courses of study listed by Brodhead fit the description of the Humanities over 50 years ago. Today's liberal arts/humanities curriculum is dominated by the ascendancy of politically motivated "identity" studies designed by emergent radical scholars in the 1960s as ammunition in the culture wars against Western civilization.

It is not all negative. In some respects, literature and history have been liberated from the academy, and have gotten back to being a part of the regular culture. The quality may not be as good, but it is free again.

Who would you rather have, Coleridge, DeQuincy, and Carlyle, or Geoffrey Hartman, Harold Bloom, and J Hillis Miller?

(*due apologies to the late Herb Morrison) 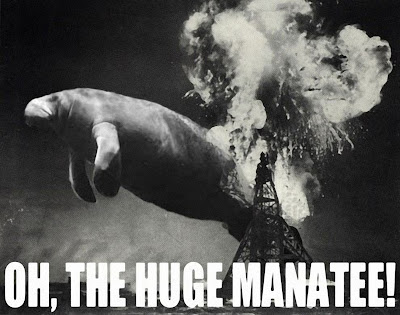 Earth without Art is just “Eh”

To graduate in ‘77 with an engineering degree I needed (as I recall) 15 hours of “art and humanities” which was not allowed to be of “any practical value.” I could not substitute biology or labs instead. When I went to the college dean and asked why he told me, “The college of liberal arts will extract their pound of flesh from every other college.” Otherwise, they would not have been able to pay those teachers an astounding $40,000-$50,000 per year when the top engineers in their field were earning $30,000.

I ended up taking, among other courses, “The history of film” where we watched such classics as “The Maltese Falcon.” The art students were stoned out of their minds. All you had to do was answer questions about who stared and what the plot was and they were always panicked by tests. The teacher would tell them, “Come by my office later and bring one of your friends; Jim Beam or Johnnie Walker. I read 20 years later that he’d been fired for accepting bribes of liquor, drugs and sex. Another of the art teachers was fired for having sex with his students as well. It was obvious when I was in class that he was hitting on girls. (And, I do mean “girls.”)

That is FUNNY! I think you and I probably went to the same university. Same course on movies then next semester I took a history of American pop music by the same professor. I was a hard sciences major and didn’t see a reason why to work much on a more difficult humanities. What I noticed was the class was largely the football and basketball teams. LOL

9 posted on 07/08/2013 10:12:33 AM PDT by Hootowl99
[ Post Reply | Private Reply | To 8 | View Replies]
To: SeekAndFind
I graduated in 1953, as a physics major. I attended a liberal arts college. In order to get in all the science and math courses I wanted, in addition to the required liberal arts courses, I ended up with 150 credit hours at the end of four years. In effect I crammed a fifth year of college into those four years.

I have not regretted taking those liberal arts courses, much as I hated them at the time. But then, that was 60 years ago, before "liberal arts" were betrayed by the cultural Marxists. It's worth knowing something of Shakespeare, and Milton, and economics, and history, and how to write a coherent paragraph.

When I read the headline, I thought of Aristotle’s Ethics. It used to be radical Liberal Arts was Walt Whitman. That must seem so prosaic now...

Bonfire of the Humanities ping.