(LifeSiteNews.com) - In the aftermath of the Family Research Council shooting, prominent voices on the Left have not tapped down their violent rhetoric against their opponents. Two Baby Boomer celebrities have taken to Twitter to hope pro-life, pro-family individuals and U.S. Congressman Todd Akin suffer a drowning or a same-sex rape, respectively.

On Sunday, Ellen Barkin expressed her hope that Tropical Storm Isaac would smash up the Republican National Convention in Tampa and drown all its delegates. Â She retweeted the message of one of her followers that read: Come on Isaac! Wash every pro-life, anti-education, anti-woman, xenophobic, gay-bashing, racist SOB right into the ocean! #RNC â€ Barkin did not express any disagreement in her retweet. Â The storm is expected to grow into a Category 1 hurricane before slamming into the Gulf Coast on Wednesday, the seventh anniversary of Hurricane Katrina. Â

She didn’t look that good when she was thirty....crooked nose!!

I believe Ellen is Jewish

The annual festival draws gay, lesbian, transgendered and other revelers to the French Quarter and surrounding neighborhoods for a long Labor Day weekend of parties and events. The drag queen-heavy Decadence parade starts at 2 p.m. Sunday on the 1200 block of Royal Street. Wed. Aug. 29-Mon. Sept. 3...
The other two were Katrina and Gustav...now comes Isaac
http://www.treeoflifesword.com/Hurricane-Gustav-Katrina-southern-decadence.html


At least she has a suitable surname: she's barkin like a rabid dawg.

Kim would definitely have to lower his standards..

Someone who doesn't see the irony of wanting to kill all intolerant people.

I hope all of Barkin’s cosmetic surgery springs loose and her face falls off.

What an evil, bitter, hate-filled, ditzy womyn. If she really hates America this much, why the hell don’t she get the hell out. This is still a free country. She can leave whenever she wants. Nobody is stopping her.

She always reminded me of a rode hard put away wet biker chick. Oh, and I’m a biker chick ;D!

I guess Ellen Barkin is trying to out-tweet Cher in the hatred department. What will they call for next? Firing squads for people who don’t share their perverted views?

I never heard of this whore and now see that she is a three bagger. Two for her and one for me - never mind, there ain't enough beer and whiskey to make me even think about doing anything with her.

Maybe she already is. Her acting career seems to have hit, ahhhh, a low point.

She’s just trying to get play for her latest gig. 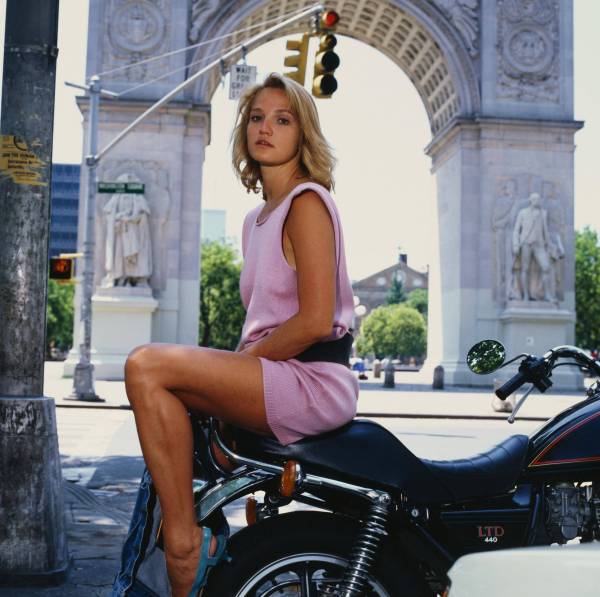 She had her moments back in the 80's ... but she's been rode hard and put up wet quite a few times since then.

Ellen IS “barkin”. What a dog.

That picture must be colorized and from Paris, circa World War I.

She’s a certified “one percenter” (having served as the fourth of billionaire Ronald Perlman’s five wives) and feels she needs to be extra vitriolic and insane to regain some street cred with the OWSers.